Tottenham on Tuesday opened Europe’s largest club shop, allowing supporters to finally get a look inside the new stadium.

The new store, which measures at 23,000 square feet, will come under the branding of the ‘Tottenham Experience’ and will allow fans to buy not only Spurs merchandise, but NFL, too.

The store doubles up as an auditorium which will host pre and post-match events in its 100-seater venue, complete with 36 screens sprawled across the walls. 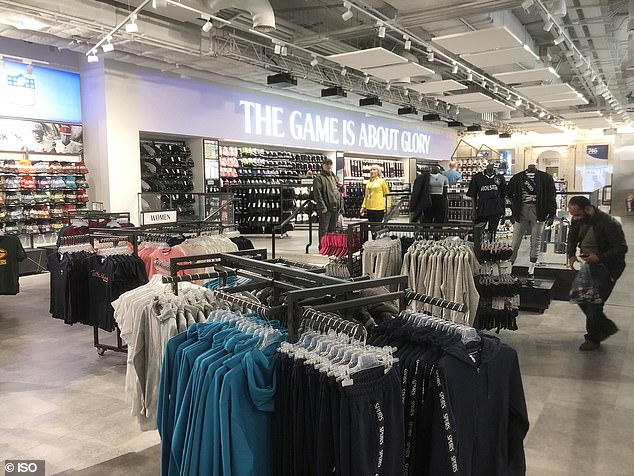 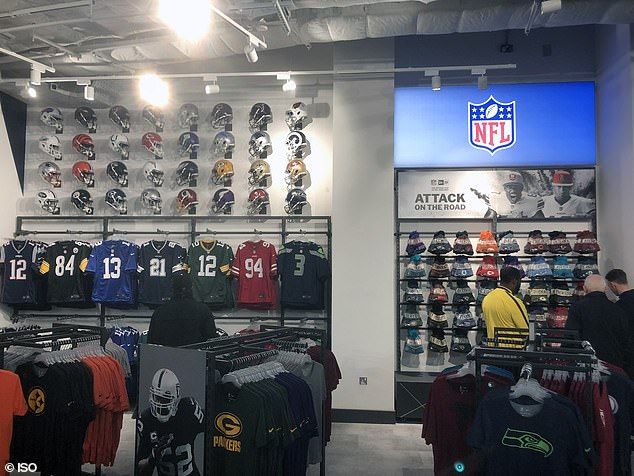 The store will allow fans to buy not only Spurs merchandise, but NFL, too 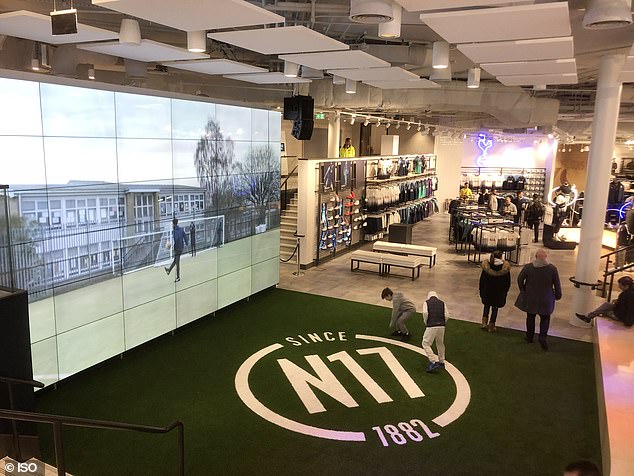 There are 36 screens on the walls, on which people can play on the PlayStation4 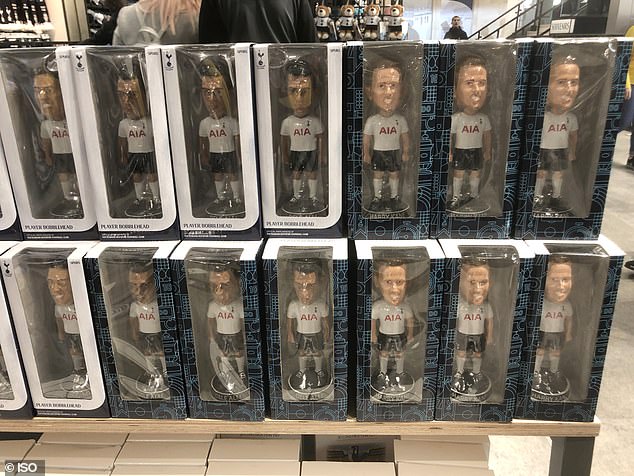 The shop, which opened on Tuesday, displays bobble-heads which replicate Spurs stars

Another notably interactive feature of the shop is the large video gaming screen on which users can play FIFA 19 on the PlayStation4.

It is a welcome look at the new stadium for Spurs fans, who have had to be increasingly patient as they wait for its opening.

The stadium was initially intended to open for the game against Liverpool on 15 September.

But Spurs have had to extend their stadium loan to £500million to cover the rising costs of the delayed construction.

Senior sources close to the stadium build have confirmed the club has extended their line of credit by £100m to cover rising costs.

It was recently reported that they are now eyeing their December 15 fixture against Burnley as the curtain-raiser for their new home. 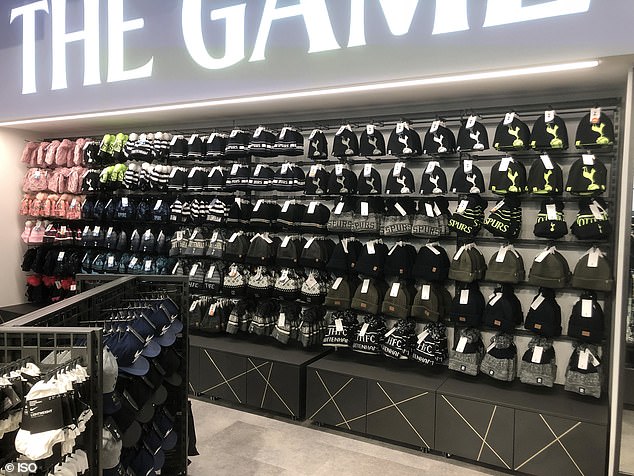 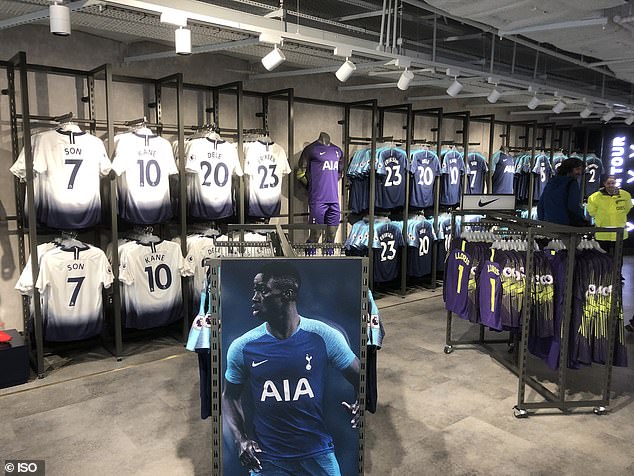 Spurs home and away kits, as well as the goalkeepers’ strip, on display at the new store