Kane heaps praise on Antonio Conte for impact at Tottenham

Tottenham Hotspur will reignite their interest in Wolves’ Adama Traore if Antonio Conte fails to lure Nicolo Zaniolo to the club this summer. Conte has made six signings ahead of his first full season as Tottenham head coach, but his business might not be done just yet.

According to 90min, Tottenham are in talks with AS Roma over a move for Zaniolo, who is open to leaving his homeland for the Premier League. Spurs are pushing for the transfer, with managing director of football Fabio Paratici in contact with Roma chief Tiago Pinto in recent days.

It is understood that it would take a bid north of £42m to lure him away from the Giallorossi, who want to hand him a new contract later this year if he stays put. And while Juventus remain interested in the 23-year-old’s services, having also held talks this summer, Tottenham lead the race.

The report adds that Conte interestingly plans on using Zaniolo as a wing-back, despite spending most of his career so far as an attacking midfielder or forward. And if he can’t sign his first-choice target, the Italian boss will likely turn to Adama, who also has suitors in Chelsea.

JUST IN: Leicester star set for ‘medical tomorrow’ as transfer deal gets close 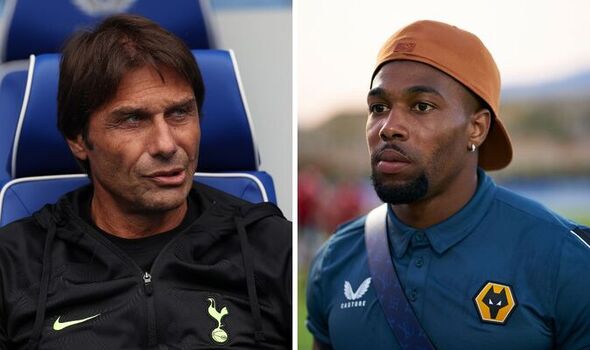 Tottenham could use Japhet Tanganga in their attempts to sign Zaniolo after Roma enquired about the young defender’s availability. Jose Mourinho handed him his Premier League debut at Spurs, and he is viewed as a cheaper alternative to Manchester United’s Eric Bailly.

But Roma would face competition from Serie A champions AC Milan, who are delving back into the English market after Fikayo Tomori’s early success at the San Siro. Zaniolo or Adama could be Conte’s seventh recruit of the summer transfer window as he bids to revolutionise the Spurs team he inherited from Nuno Espirito Santo last year. 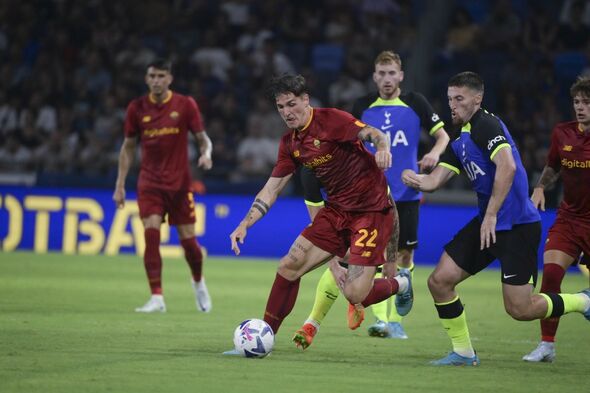 He has already bolstered his wing-back positions with the free transfer of Inter Milan’s Ivan Perisic and the £20m capture of England U21 international Djed Spence. And options aren’t exactly scarce at the Tottenham Hotspur Stadium, with Matt Doherty, Emerson Royal, Ryan Sessegnon and Sergio Reguilon also within Conte’s ranks.

Paratici and Daniel Levy have willingly backed the Premier League-winning coach with the players he wants and needs as he looks to build on guiding Spurs back into the Champions League. And given the club’s transfer business so far this summer, there is plenty of optimism he can do exactly that.