Inter Milan have ‘turned down’ Tottenham’s approach for Milan Skriniar, reports claim. Jose Mourinho is looking to bolster his defensive options ahead of the 2020-21 campaign.

Vertonghen made 315 appearances for Tottenham and enjoyed eight successful seasons with the club having arrived for £11.25m from Ajax in July 2012.

There have been a few names linked. 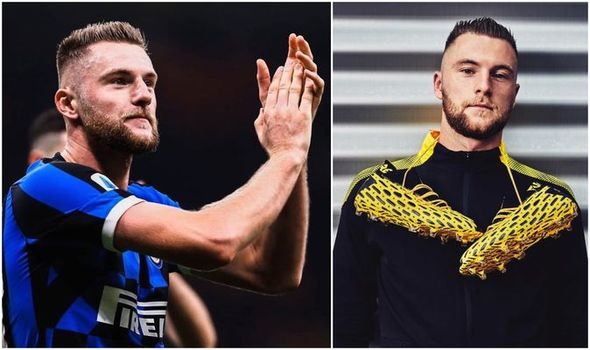 But the other name on the shortlist is Inter Milan superstar Milan Skriniar.

German publication Fussballtransfers recently claimed that Tottenham were prepared to offer midfielder Tanguy Ndombele in exchange for one of three Inter players.

It’s thought that the Italian heavyweights ‘dream’ of adding Ndombele to their ranks and he could be used as a makeweight to sign Skriniar, Ivan Perisic or Marcelo Brozovic.

But that’s not going to happen.

They have supposedly ‘turned down’ Tottenham’s suggestion and will only approve a ‘cash-only’ move for the 25-year-old talent.

The news could also affect Ole Gunnar Solskjaer’s side, who have supposedly offered both Alexis Sanchez and Chris Smalling in exchange.