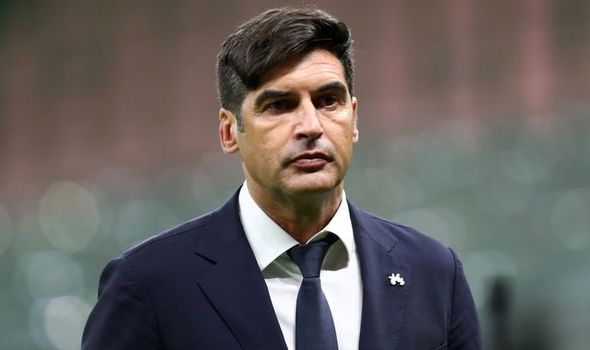 Tottenham are ‘very close’ to the appointment of Paulo Fonseca and could officially confirm the Portuguese as their new manager by mid-next week, reports have claimed. Fonseca has emerged as the frontrunner following an almost two-month search for a new boss to replace Jose Mourinho.

Mourinho was sacked in late April just before Spurs’ Carabao Cup final against Manchester City, which they lost with Ryan Mason in temporary charge.

The north Londoners also failed to put together a run of form to gatecrash the Premier League’s top four and had to settle for seventh place and Europa Conference League football.

Since the climax of the season, Spurs have seen Julian Nagelsmann, Mauricio Pochettino and Antonio Conte all slip away from their grasp while Erik ten Hag was a target but signed a one-year contract extension with Ajax that dampened the Premier League side’s enthusiasm.

And so they have now focused in on former Roma boss Fonseca, who was replaced by Mourinho recently after deciding to leave the Stadio Olimpico.

Gianluca di Marzio says that it is the 48-year-old’s dream to manage in the Premier League and that that dream is close to being realised. 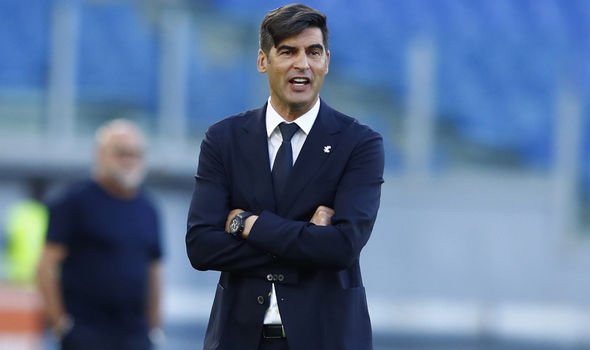 A deal is said to be so close that Spurs are already scheduling the day to unveil him as their next head coach next mid-week, presumably on Wednesday.

A three-year contract is waiting on the table for Fonseca although it is expected that deal comprises of two years guaranteed with an option for a third season.

It is said that an agreement is expected for Fonseca to become Mourinho’s successor, just as his countryman replaced him at Roma recently.

The former Porto and Shakhtar Donetsk tactician has won nine trophies as a coach and led Roma to seventh and the Europa League semi-finals last term.

He left the Italian giants with a 51.96 win percentage having won 53 of his 102 matches there across two seasons, losing 27.

Fonseca comes well recommended by new director of football Fabio Paratici, who arrived at the Tottenham Hotspur Stadium recently after an incredibly successful 11-year spell in the same role at Juventus.

And Spurs’ frustrating search for a new manager now looks set to come to a close in the next few days with Fonseca keen on the move.

Fabrizio Romano says the Londoners, and particularly Levy and Paratici, are eager to recruit an experienced manager who can work with the existing squad.

That may hint that funds for Fonseca are limited unless players are sold, although £150million-rated striker Harry Kane is a serious target for Manchester City this summer. 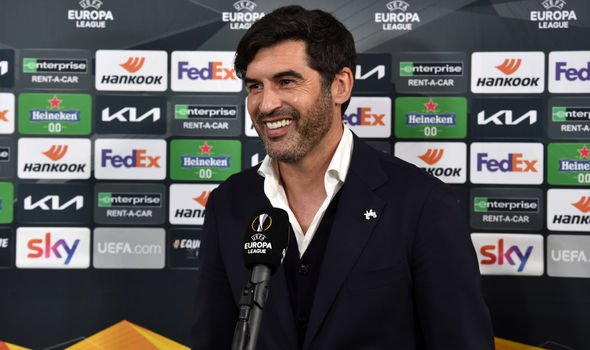 Discussing Kane’s Spurs future this week, former manager Mourinho said: “He is one of the top strikers in the world. I did enjoy it [working with Kane] very much. I love his partnership with Son Heung-min.

“I think he has to play where he is happy. And I think he is happy in England. He is a very Premier League guy.

“[Does he share the ambition of Cristiano Ronaldo and Zlatan Ibrahimovic?] Yes, but when I work with these guys they were winning titles. It is about legacy. Legacy is about medals.

“But who knows? In five weeks Harry could be a European champion [with England at Euro 2020].”

Spurs will demand a huge fee if they are to lose Kane, who ended the 2020-21 Premier League season as the highest goalscorer (23) and the player with the most assists (14).

Man City and Manchester United are the two likeliest teams to finance a deal with Spurs’ rivalry with Chelsea likely to kill the Blues’ hopes of a deal.

Ferdinand believes Greenwood will 'benefit most' from Cavani's arrival

Family ties but no divided loyalties for Roestbakken in Norway clash