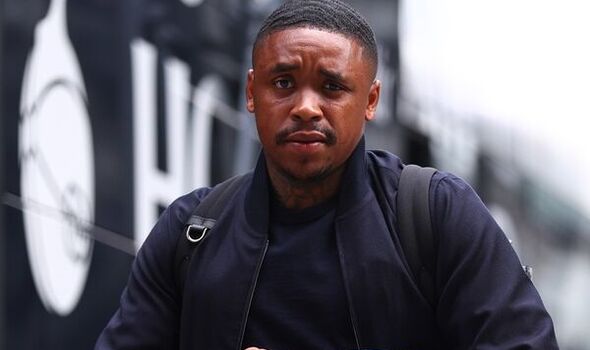 Daniel Levy is having to find new ways to squeeze every penny out of his sales in a bid to show Spurs can match the ambitions of Antonio Conte. In the past, the Tottenham chairman has been the master of the deadline deal. But with the club needing to maximise the profit from a number of surplus stars before they can think about spending, Levy is having to focus first on exits.

Not least because he does not know whether or not there will be a Champions League budget or not. The club is carrying a heavy coronavirus burden and has the stadium to pay for, but every penny Levy can put into the coffers will take Conte one step nearer the size of overhaul he envisages.

So if he is to persuade Antonio Conte the club matches his ambitions, Levy needs to be able to prevent the war chest as full – and as early – as possible.

The failure of Mauricio Pochettino to land the Manchester United job may just be what Levy needs to get his full £22m valuation for Steven Bergwijn. New United boss Erik Ten Hag is a huge fan, but rather than persuade his new employers to go for the winger as reported in The Athletic, his existence as a potential rival bidder is likely to push Ajax into coming up with the asking price.

Bergwijn has been hit and miss since arriving in the Premier League but at 24 is sharp enough to add bite to the attack of the young Ajax team Ten Hag left behind him.

HOJBJERG AWAY THE LADS

Pierre-Emile Hojbjerg is another “oven-ready” deal to be struck after Newcastle expressed an interest in the player Spurs signed from Southampton for £15m in 2020. But while Levy would hope to squeeze the club’s new owners for a “double-your-money” £30m deal, there is no appetite at St James’ Park to be seen as easy transfer pushovers.

That said, the arrival of a combative midfielder rated so highly by Eddie Howe could be seen by the Newcastle manager as setting down an early marker for his own transfer plans – giving Levy some precious early funds – although the buying will come much later.

So far, the only concrete links with transfers coming in have been squad players until Spurs’ Champions League future is decided – Sam Johnstone of West Brom would be a good cut-price understudy to Hugo Lloris while they also lead Manchester United and Chelsea in the race for Ashley Phillips of Blackburn, according to the Sun

Levy’s immediate priority is striking a deal for Giovanni Lo Celso which could set the tone for the whole window.

Reports in Spain say Conte has decided already he is not up to the rigours of Premier League football, while his first La Liga goal at the weekend coupled with his part in taking Villarreal to the sem-finals of the Champions League suggest he is the ideal fit for Unai Emery.

However, no fee was set as part of the loan deal, and Levy will have to fight hard to squeeze the £42.7m he wants out of the Spanish club’s budget. Even with their recent success, the Yellow Submarine have no appetite for that so Levy’s best hope is to try to drive a bidding war even though Lo Celso has made no secret of how happy he is at Villarreal.