Tottenham know if they are to have any chance of getting a top four finish this season they need to beat relegated Sheffield United.

The Blades are the visitors on Sunday and with Liverpool’s trip to Manchester United postponed, Tottenham can steal a march on rivals with a win at home.

Harry Kane pings a brilliant reverse pass into Gareth Bale’s path and the Welshman is away. He cuts inside onto his left foot but blazes his effort over.

Harry Kane pulls off a delightful one-two with Dele Alli, but Tottenham’s talisman is dispossessed with Serge Aurier in space.

Moments late, a Kane strike wins the hosts a corner. The resulting delivery comes to nothing.

Giovani Lo Celso looks to clip a pass over the Sheffield United defence and the ball just evades Sergio Reguilon and skips through to Aaron Ramsdale. George Baldock had lost him.

The visitors then get their first chance as Eric Dier gives the ball away in his old half to David McGoldrick, who drives forward but drives his shot wide.

A first chance for Tottenham inside two minutes. Sergio Reguilon wins the ball high up the pitch and Son Heung-min whips in a cross for his partner in crime Harry Kane, whose sidefooted effort is saved by Aaron Ramsdale. Kane is offside though

Paul Heckingbottom has said that Ethan Ampadu’s absence is down to an injury.

The Englishman, according to the Premier League’s official database, has 21 league goals and 13 assists so far this campaign, meaning he needs 11 more involvements to eclipse Henry.

A tall order perhaps, but five games gives him just enough time if he gets his skates on, especially with a run of fixtures that begins with the league’s bottom club and also includes Leeds and Wolves, both sides with not a lot to play for. 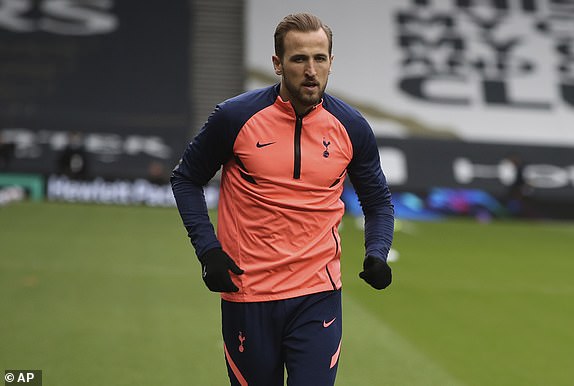 Both sides had different managers during the reverse fixture as Chris Wilder and Jose Mourinho faced off at Bramall Lane in January.

Tanguy Ndombele netted a goal of the season contender to put the game beyond doubt after David McGoldrick had hit back following strikes from Serge Aurier and the ever-reliable Harry Kane.

At that stage, Mourinho’s men were just a point adrift of fourth-placed Liverpool, but now face an uphill battle to get into the Champions League places after a run of just six league games in their 15 matches since then, coupled with Chelsea’s impressive resurgence under Thomas Tuchel. 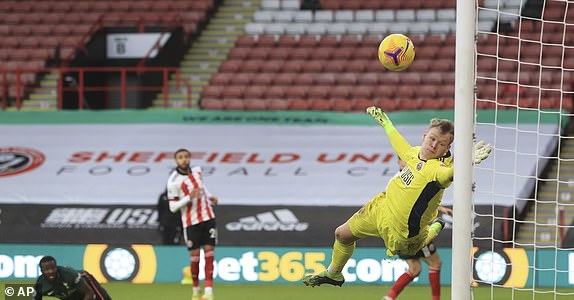 Paul Heckingbottom also makes only one change from his last encounter – the 1-0 win over Brighton. In comes Chris Basham and out goes Kean Bryan.

Perhaps the biggest news though is that club-record signing Sander Berge is back in the squad for the first time since December 17 last year, when he was forced off with a freak hamstring injury after blocking a shot against Manchester United.

…and welcome to Sportsmail’s coverage of this evening’s match between Tottenham and Sheffield United at the Tottenham Hotspur Stadium.

After the dramatic goings-on at Old Trafford, this promises to be a little more sedate. The Blades are already relegated and just have pride to play for, but the postponement of Manchester United v Liverpool means Spurs can leapfrog both the Reds and West Ham into fifth ahead of the Hammers’ clash against Burnley on Monday. Team news coming right up.