Tottenham’s title challenge is hanging by a thread after Liverpool loss and Jose Mourinho has a string of major issues he MUST resolve to get their season back on track… key games against Chelsea, Manchester City and West Ham will decide their fate

A week into December, less than two months ago, Jose Mourinho seemed to have his Tottenham side exactly where he wanted them.

Spurs had just beaten Arsenal 2-0 to move to the top of the table, coming off the back of a home win over Manchester City by the same scoreline and a goalless draw away at an in-form Chelsea side.

Things can change very quickly in football, particularly this season. Tottenham have won just two of their eight league matches since that north London derby triumph.

That run of form leaves them sixth in the table and eight points off Pep Guardiola’s City side, who have gone the other way in terms of results since their defeat by Spurs.

Ahead of a crucial month if they are to salvage their title hopes, with fixtures coming up against Chelsea, Manchester City, and West Ham, here are five issues Mourinho must address if he is to turn Tottenham’s fortunes around. 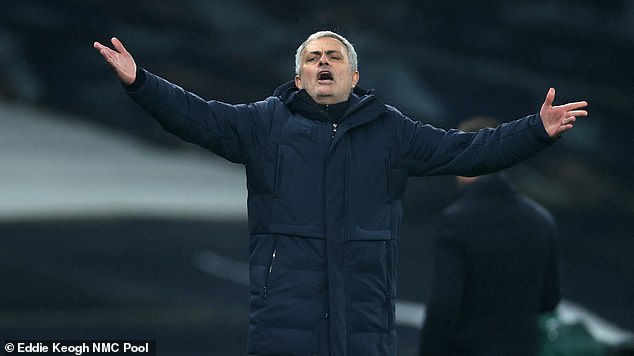 Since going top of the table, Tottenham have won just two of their last eight league matches

Jose Mourinho revealed after the Liverpool defeat that he fears Harry Kane may be out for a few weeks after suffering injuries to both ankles.

If that proves to be the case, Tottenham may have to face the likes of Chelsea and Manchester City without their talismanic striker.

Kane has been in sensational form this season so far, and has formed a lethal partnership with Son Heung-min. The pair have combined for 13 league goals this season already, equalling Alan Shearer and Chris Sutton’s record with just half the campaign played. 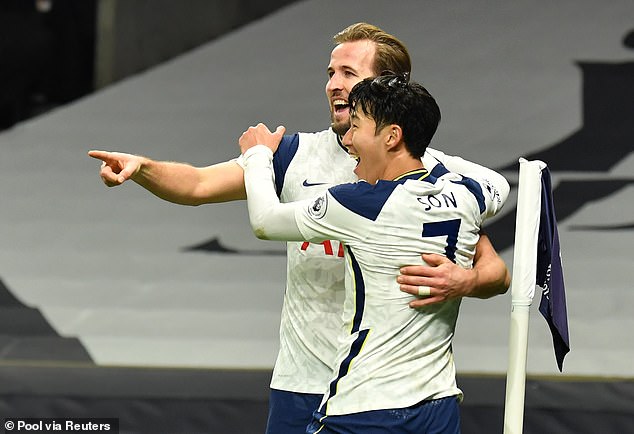 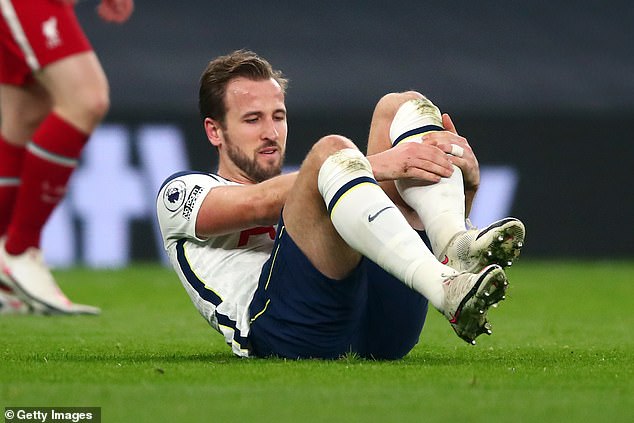 The Englishman has scored 12 himself and assisted a further 11 for his team-mates, and it goes without saying that he would leave a void that Spurs would struggle to fill.

Carlos Vinicius would likely be called upon to fill in, and while he netted a hat-trick against eighth-tier Marine in the FA Cup, he has played just 25 league minutes this season across four substitute appearances.

Kane and Son have scored over 70 per cent of Tottenham’s Premier League goals this season. With Kane missing and Son potentially struggling in the absence of his forward partner, Mourinho needs to find a quick solution should his fears over the length of his captain’s injury come true. 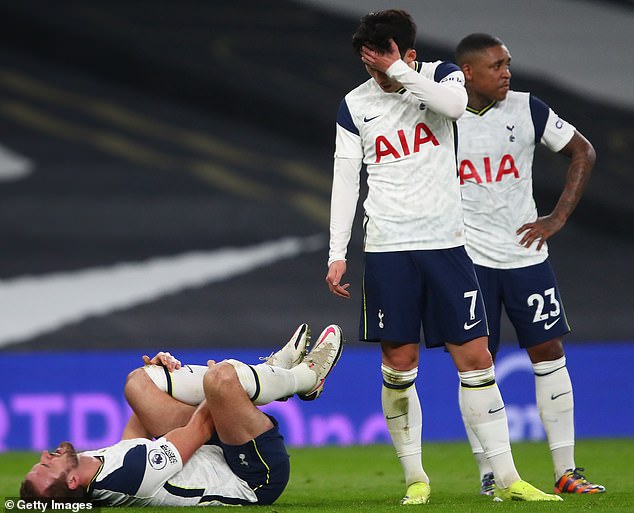 Bale still on the bench

Another option Mourinho has at his disposal should he need to cope without Kane is Gareth Bale. That would have been an incredibly exciting prospect when the Welshman first arrived back in north London, but the deal has so far been largely underwhelming.

Bale left Real Madrid to join Spurs on loan largely due to the fact he hardly ever featured for the Spanish side, yet four months into the move it seems the 31-year-old has simply traded one bench for another.

He has made just one Premier League start – back in November against West Brom – and just as strangely, Mourinho has only brought him on as a substitute four times. 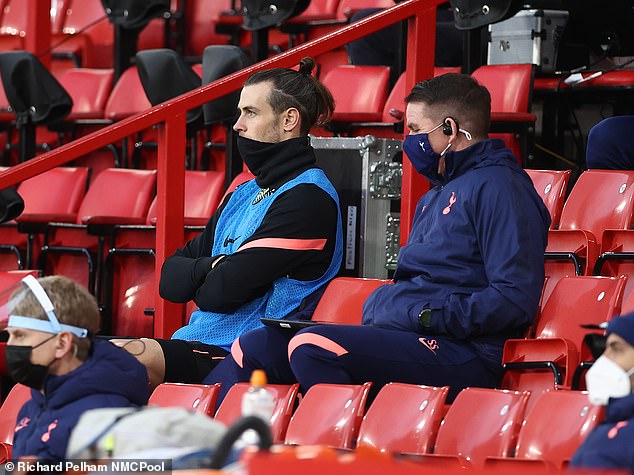 Gareth Bale has made just one Premier League start, featuring primarily in the Europa League

Bale has scored four goals across all competitions and featured extensively in the Europa League, but that was surely not the role that Spurs signed him to perform.

‘When a player is consistent in training then the player is ready, not to be given minutes but to earn minutes.’

Unless he is happy to let Bale see out the rest of his loan move sitting on the bench, a bizarre scenario considering the clamour around his signing, Mourinho has to find a way to include the Welshman in his plans, and the absence of Kane may provide that opportunity. 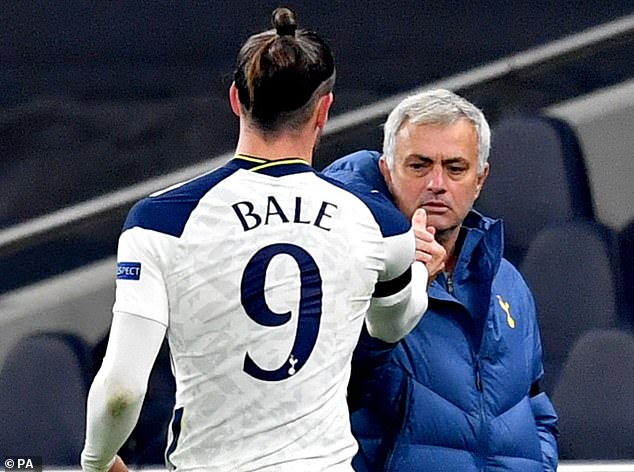 On the face of things, Tottenham may not seem to have any real problems at the back, with only Manchester City conceding fewer goals than them this season.

However, they have kept just one clean sheet in their last eight Premier League matches. That is not the rock solid foundation on which Mourinho seeks to build a title challenge.

This is a marked change of events from the defensive efforts seen earlier in the season when Spurs kept successive clean sheets against Chelsea, Manchester City, and Arsenal showing the kind of structure and commitment that would have filled their manager with pride. 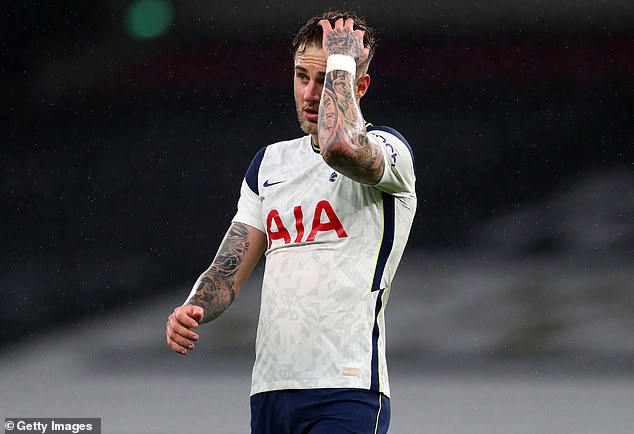 Mourinho was frustrated at the manner of Liverpool’s goals, blaming them on individual errors

Mourinho has switched to a five at the back system for the last couple of matches, but it did little to stop Liverpool, who had gone nearly 500 league minutes without scoring before Thursday’s victory.

Not only do the defence as a whole look more vulnerable, but individual errors are also costing Spurs.

Eric Dier and Hugo Lloris were poor for Liverpool’s opener, the goalkeeper also disappointing for the second, and Sadio Mane capitalised on a Joe Rodon mistake for his side’s third.

If Tottenham are to to be without Kane for a number of weeks, even more will be expected of their defence to ensure too much pressure is not put on a weakened frontline. 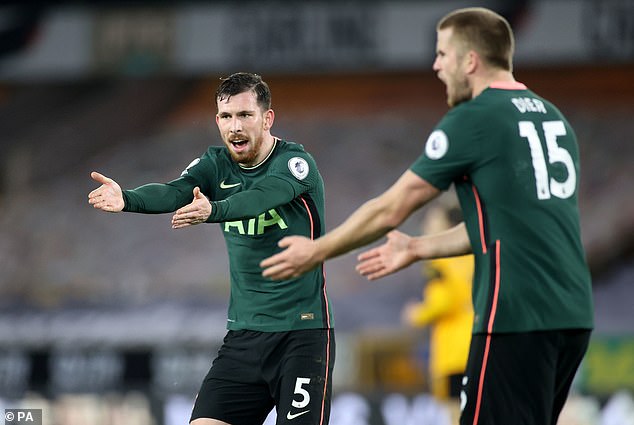 Tottenham have repeatedly been hampered by individual errors in recent weeks

If there’s one problem Mourinho doesn’t need in addition to the issues currently facing him, it’s a disgruntled player.

And yet that seems to be exactly what he is. Serge Aurier left the stadium in a rage at half-time in the Liverpool defeat, furious at having been substituted at the break.

Mourinho admitted after the match the mood in the dressing room at half-time was tense, with angry exchanges believed to have been had between players frustrated at the manner of the goal conceded late in the half.

Aurier then decided, having been dragged off, not to stay and watch the second half. 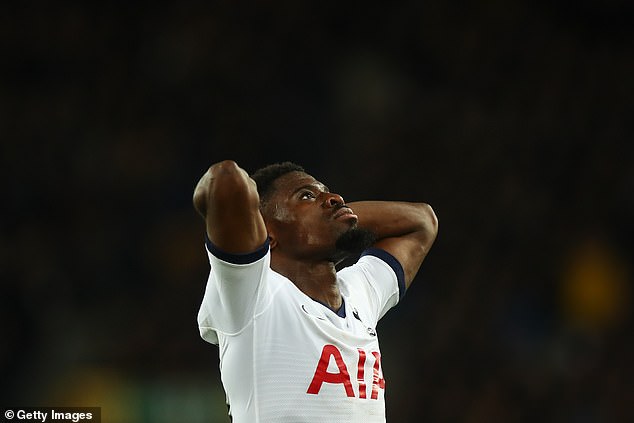 The Ivorian has often been the centre of controversy during his career at the club, at times guilty of rash decisions that have cost his side.

In December, Aurier referred to Paris Saint-Germain as the team he’s ‘loved the most out of all the clubs’ he has played for.

He said: ‘I will never turn down an offer from Paris, that is absolutely certain.’

With former Spurs boss Mauricio Pochettino now in charge of the French side, it will not take much for the rumours of a potential exit to start up again.

The more immediate problem for Mourinho though is addressing any anger among his players and stopping it from becoming something more serious. 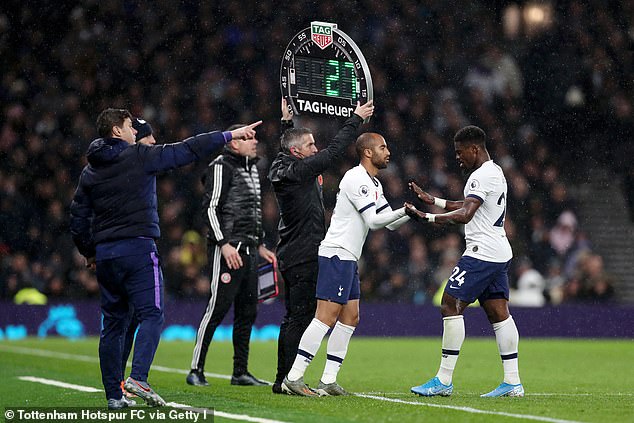 Serge Aurier (right) has spoken of his love for PSG, now managed by Mauricio Pochettino

Frustration showing from Mourinho towards his squad

It’s been clear in recent weeks that Mourinho has not been happy with elements of his side’s performances, and he hasn’t been afraid to say so publicly.

The Spurs boss blamed all three goals conceded against Liverpool on individual errors and suggested the other players had reason to be annoyed.

He said: ‘Some of the guys are very disappointed because some had a very good performance but we were punished by individual mistakes.’ 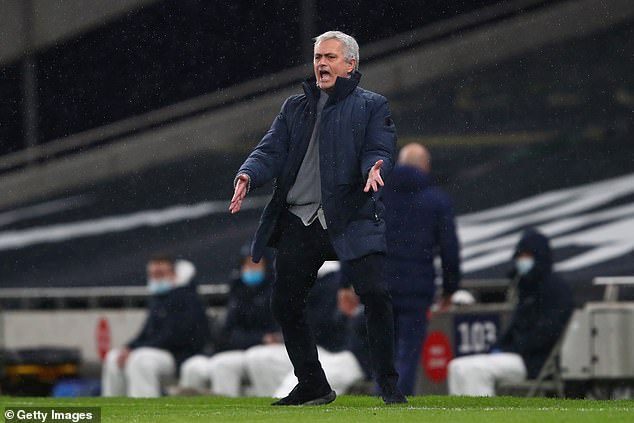 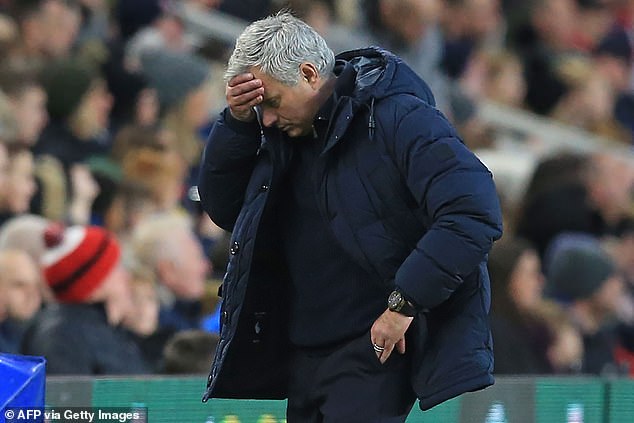 With a crucial run of fixtures coming up, he needs to find answers to a range of issues he faces

After drawing against Wolves at the end of December, Mourinho insisted that he hold told his side to be more positive and criticised their lack of ambition after dropping two points late on.

He also made his frustration clear after drawing with Fulham, once again blaming the individual mistakes of his players and commenting ‘basically, I can not say much more than that.’

All of this shows Mourinho is not seeing what he wants from his team and is willing to keep calling it out in press conferences and post-match interviews.

But it has not had the desired impact of stopping those mistakes, and it has simply added to the feeling of tension at the club. Mourinho growing publicly frustrated with his players is nothing new, but it rarely ends well.

Coronavirus: UEFA likely to postpone Euro 2020 until next summer