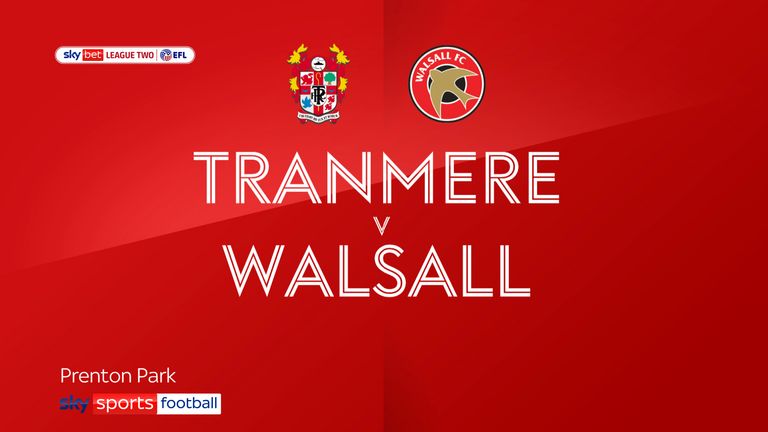 A debut goal for Callum McManaman gave Tranmere a 1-0 opening-day win over Walsall.

The former Premier League winger struck midway through the second half to give Micky Mellon’s side a deserved win.

McManaman also had Rovers’ best moment of a goalless first half as fellow new signing Emmanuel Dieseruvwe played him through on goal, only to be denied by a perfectly-timed tackle from Manny Monthe against his former club.

McManaman was then booked for diving as he burst through again, with Rovers fan and Premier League referee Mike Dean notably unimpressed in the stands.

The home side maintained their ascendancy after the break but could not find a way through until McManaman met Chris Merrie’s pullback with a first-time finish.

An injury to the assistant referee meant Dean took over as an emergency fourth official on the touchline after discussions with Walsall boss Matthew Taylor.

Merrie was then sent off for a rash challenge but the 10 men held on.