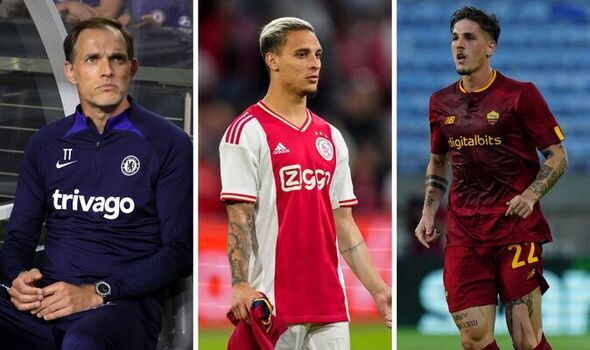 Manchester United are already involved in two long-standing transfer sagas with the futures of Frenkie de Jong and Cristiano Ronaldo up in the air. Erik ten Hag is desperate to sign De Jong from Barcelona but faces a huge challenge to convince him to make the move while Ronaldo is hell-bent on leaving to play for a Champions League club.

So far, Ronaldo has struggled to win any interest with Chelsea, PSG, Bayern Munich and Atletico Madrid distancing themselves from a move while Sporting Lisbon aren’t holding out much hope of pulling a deal off despite Jorge Mendes’ desire to seal his client a move away.

Meanwhile, Chelsea are looking to follow up the signings of Raheem Sterling and Kalidou Koulibaly by welcoming more names through the door. Thomas Tuchel has a number of targets but is said to have been ‘bewitched’ by Inter star Cesare Casadei, with the club reportedly making an offer in the region of £6million.

Tottenham have already done the bulk of their summer business, bringing in six players, but are very keen to add Nicolo Zaniolo from Roma and are reportedly close to signing him. Antonio Conte has a number of players he still wants to offload and is close to getting one of his unwanted stars off Spurs’ books with Giovanni Lo Celso nearing an exit to Villarreal.

Clubs like Liverpool, Newcastle, Arsenal and West Ham are also scouring the market and may possibly do more business between now and the end of the summer window while there promises to be plenty of goings on across Europe in the next couple of weeks.