Thomas Tuchel has called on Timo Werner and the forwards to sharpen up in front of goal but insists there is no blame being thrown around.

The Chelsea boss is without Jorginho and Mason Mount, both suspended, for the Champions League last-16 second leg against Atletico Madrid on Wednesday night.

Both men have combined to score six of the 13 goals under Tuchel and the German wants his forwards to up their game. 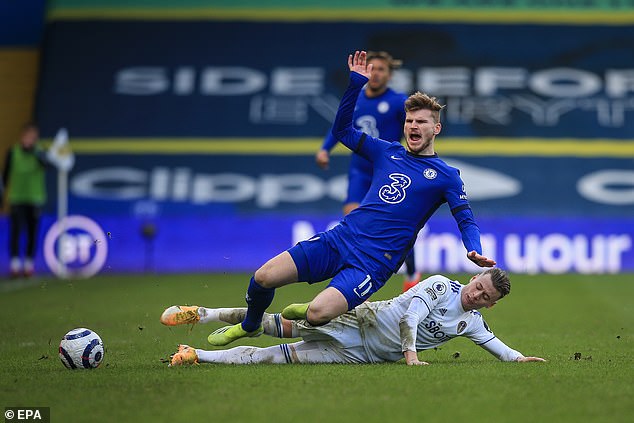 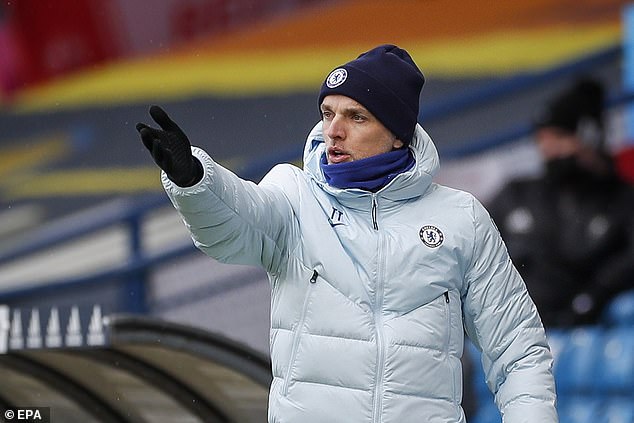 He said: ‘Maybe the strikers would benefit from consistency of selection but at the same time if we put a goalkeeper in, we expect them to perform in the first match.

‘At top level football, there is no time. You have no time to get to score regularly, this is not a secret, we try and put them in a good mindset, pushing them. The results are not crazy bad for us to ask if we’ve done something wrong.

‘We had enough chances and half chances to beat Leeds but we must be more precise with decision making and technique. Our strikers are aware of that and have high demands of themselves, we don’t point fingers but we can clearly improve.’

Timo Werner has struggled in front of goal this season and came off the bench in the stalemate with Leeds at the weekend. If selected to start, plenty of responsibility will fall on his shoulders to add to the 1-0 lead from the first leg.

The manager added that no fingers are being pointed at individuals but it is clear that Werner and Co need to get better.

He added: ‘He had a lot of chances to score against Everton, he didn’t, okay in a situation like this it can effect self confidence. The advice from us is to focus on the decision making and technique, the ball will do the rest.

‘There is no time to reflect on what is going to be in the summer. I don’t see why he should be frustrated, it was hard for him to come on against Leeds. I don’t see why he should be too frustrated. Nobody is blaming the strikers, it is a team effort to attack and defend. We expect our guys to be more decisive just like the defenders. Maybe then all the stuff you read will disappear.’

Tuchel knows that the loss of Mount in particular is a blow for his side with Diego Simeone’s stubborn side in town.

‘It is a little bit of a worry having Mount and Jorginho out,’ he said. 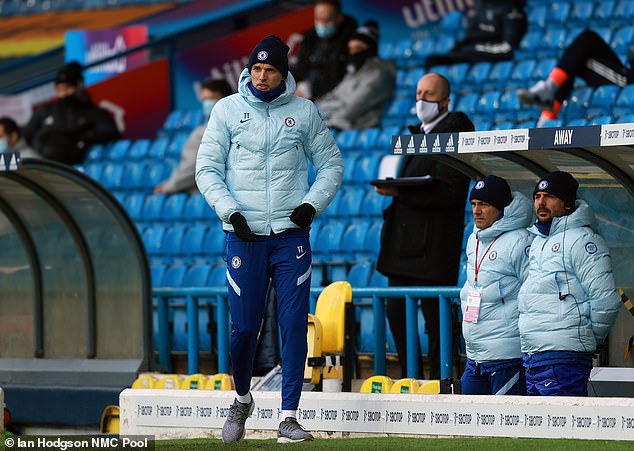 ‘Especially Mason for his skills and power to break the line. But it is a small line between using that as an excuse, now it the time to adapt and find solutions.

‘We have a clear idea of what we have to do and how we want to create chances but Atletico are one of the teams to give away the fewest chances in Europe. We must be patient and play with intensity at the same time.

‘We have big respect playing the leaders in Spain, we have the advantage, the home game makes us confident we don’t have to travel. We feel happy to be in our hotel, the same schedule, maybe this is the decisive percentage even but I’m very sure we need another top performance.’

Fiorentina: Six test positive for coronavirus at Serie A side