Thomas Tuchel has thrown his weight behind Andreas Christensen’s bid for a new Chelsea contract.

Christensen this week declared Chelsea his second home, with the Denmark defender revealing he wants to extend his current Stamford Bridge contract that runs until summer 2022.

Though talks have not begun over an extension for Christensen, manager Tuchel has admitted he will be happy to see Christensen stay put in the long term. 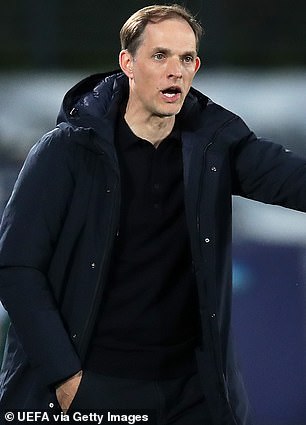 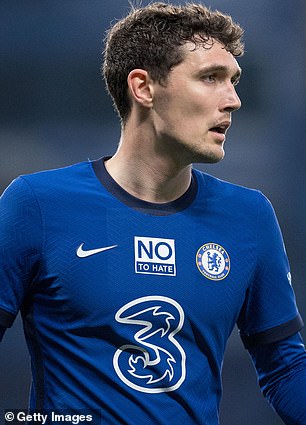 And Chelsea’s German boss called on the centre-back to earn fresh terms by continuing to produce top-level appearances.

‘I think he is happy to be here, and I am happy that he is here.

‘So I will not get involved in any other situation, talks or negotiations, I never did and I never will.

‘But he speaks for himself on the pitch and this is the most important.

‘And this is not the moment now to get distracted with any other issues.’ 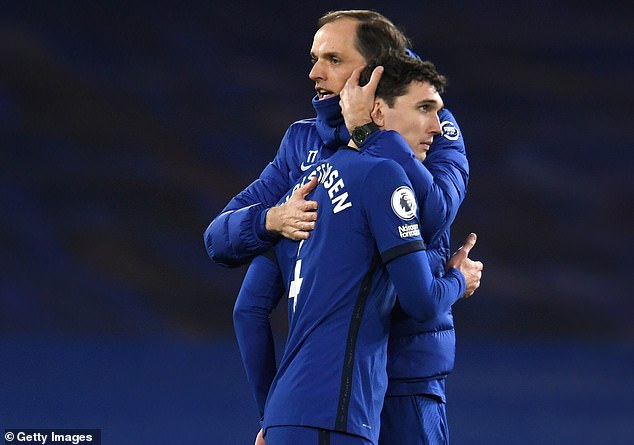 Chelsea will host Fulham in Saturday’s Premier League clash at Stamford Bridge, but must do so without Mateo Kovacic and Antonio Rudiger.

Kovacic has suffered a setback in his recovery from hamstring trouble, and could even miss Wednesday’s Champions League semi-final second leg against Real Madrid.

That would prove a big blow to the ex-Real midfielder, who has impressed across the course of the campaign.

Rudiger will miss the Fulham clash, but Tuchel is hopeful the Germany defender’s minor knock will be cleared in time for him to feature against Madrid.

‘Kova is still injured; he trained with us, but he’s still not fully confident, he felt something at the end of training,’ said Tuchel. ‘So he’s not available unfortunately. 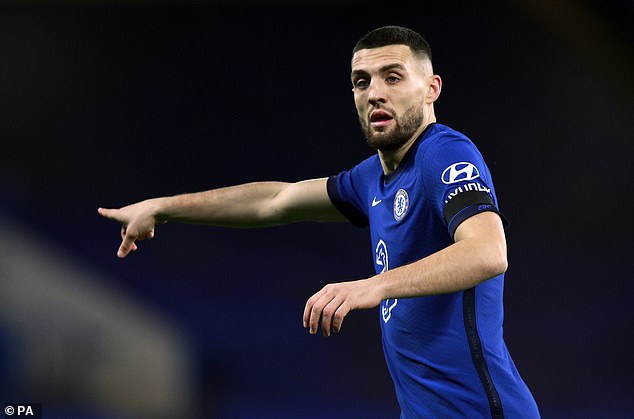 ‘All the others are available except for Toni Rudiger, who got injured in the last minute of the Madrid game. Everybody else is available.

‘Before training today we thought that Kova had a big chance to join us, latest for Madrid, maybe even for Fulham.

‘So now we have a little setback, not a big one, with him. I don’t want to be too negative, let’s see how he is tomorrow. For Toni, I’m quite positive for Wednesday.’ 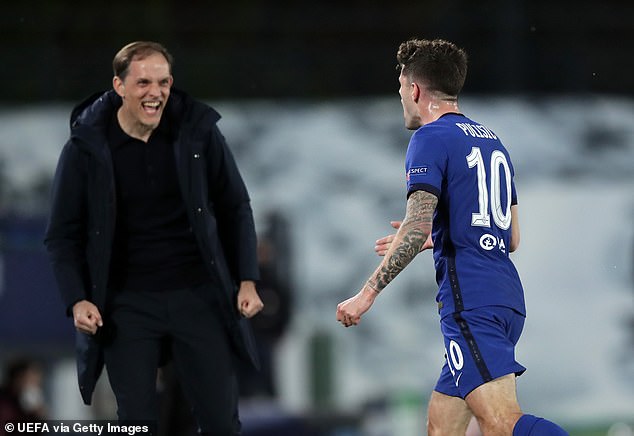 Tuchel insisted USA forward Pulisic must cope with all that added pressure, especially after accepting the challenge of taking Hazard’s number 10 shirt at Stamford Bridge.

Asked about Pulisic’s comparisons with Hazard, Tuchel said: ‘Well, he took his number so now he has to live with it! So he has a bit of an influence to the comparisons.

‘I’m happy that he arrives in the decisive moment of the season in top shape, he has good confidence and this is the key point for him, that he feels confident in his body, calm in his mind and he feels free on the pitch.

‘And when he feels like this he can be a decisive guy for us, and this is what he proves in the moment. He gives us a big physicality and we have to see how we put him on the pitch tomorrow, if he starts or whether he is on the bench.

‘But we are very happy that he is decisive, he steps up and plays full of confidence. It is good for us.’