Report as Italy make an early Euro 2020 statement in a thoroughly deserved victory in front of 15,000 fans in Rome 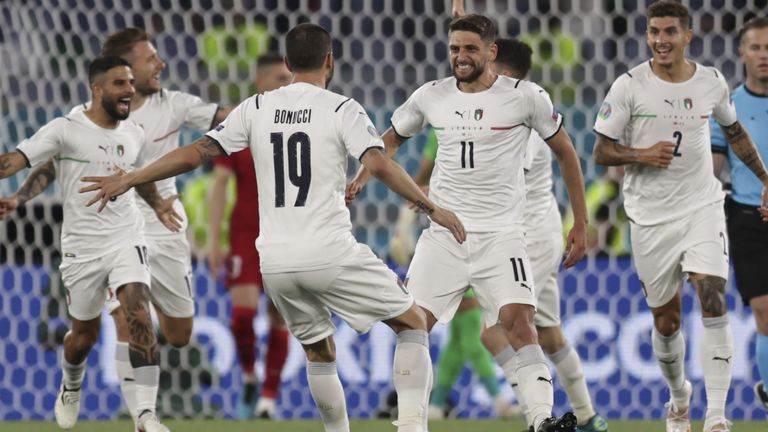 Italy kicked off Euro 2020 in style with a dominant 3-0 win over Turkey as Ciro Immobile and Lorenzo Insigne both scored in the Group A opener.

Roberto Mancini’s side put on an emphatic showing after Italian tenor Andrea Bocelli had opened the tournament singing Italia ’90 anthem Nessun Dorma on the pitch pre-match.

Turkey managed to frustrate their opponents for 45 minutes but faltered badly after the break as Merih Demiral put through on his net (53) following a tasty Domenico Berardi cross.

That opened the game up which suited Italy’s aggressive and attack-minded style as Immobile (66) and Insigne (79) added further weight to Italy’s margin of victory.

It was the first time in 39 European Championship matches that Italy had scored more than two goals in a game. 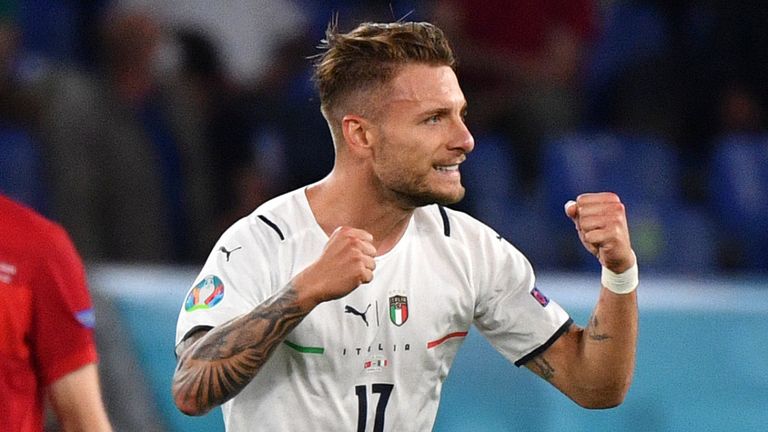 Mancini’s side – who played with great energy off the ball – are now unbeaten in 28 internationals (W23 D5) since going down 1-0 to Portugal in Lisbon in the UEFA Nations League in 2018.

Man of the match: Giorgio Chiellini

How Italy laid down an early marker…

Postponed by a year, this tournament is the biggest sporting event since the coronavirus stopped the world in its tracks and the Italian government decided that the Stadio Olimpico could be filled to 25 per cent capacity, amounting to 15,948 spectators.

The fans witnessed a first half dominated territorially by Italy, who pinned Turkey back deep inside their half.

Senol Gunes’ side conceded only three goals in qualifying and you could see why as they were expertly organised in restricting space for Italy’s creative players. It took an Italian set piece to create the first big chance but Giorgio Chiellini’s expert header was brilliantly tipped over the crossbar by Ugurcan Cakir.

That was one of 13 efforts on goal from Italy in the opening 45 minutes but most of their efforts lacked quality from outside the box with Lorenzo Insigne the most guilty party of firing wayward efforts at goal.

Burak Yılmaz cut an isolated figure in the Turkey attack, only registering seven touches of the ball in the opening half – six fewer touches than Italian goalkeeper Gianluigi Donnarumma, who was a bystander at that end of the pitch.

Mancini kept his team playing at a great tempo after the break and the all-important opening goal, albeit with a helping hand from their opponents. Berardi skipped past his marker down the right and flashed an accurate and powerful ball into the six-yard box that was turned into his own net by the unfortunate Demiral.

Mancini’s side went in search of a second goal and Cakir was forced into a sprawling low save to keep out Manuel Locatelli’s shot.

Turkey were already beginning to look leggy and Italy struck their second goal on 66 minutes.

The impressive Leonardo Spinazzola’s low shot was saved by Cakir and Immobile pounced quicker than his marker on the rebound for his 14th international goal.

Italy were still not finished. Cakir’s poor clearance went straight to Berardi and his quick pass sent through Insigne, who curled a fantastic finish into the far corner.

Man of the match: Giorgio Chiellini 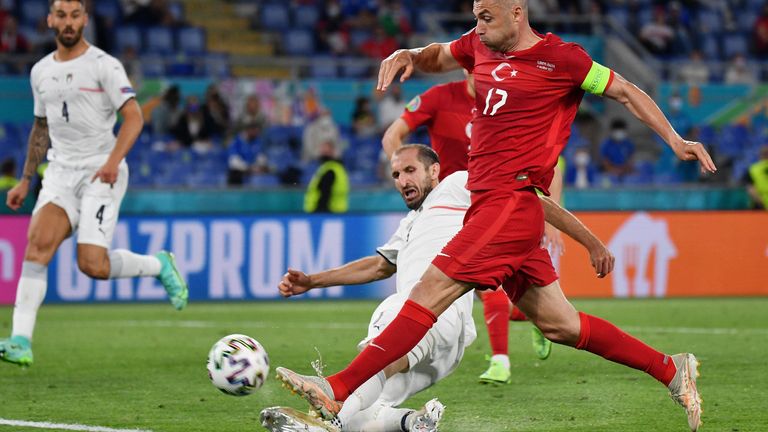 The way the Italians pressed and flowed in the final third will have grabbed plenty of admirers but any team that likes to attack needs a secure base to work from. Chiellini is approaching his 37th birthday in August but he still reads the game like a master of his craft and isn’t afraid to put his body on the line when it matters.

He was rarely called into action against such timid opposition but what impressed was his distribution from his centre-back role as he joined in with many attacks that allowed space for his teammates. And when Turkey did find a way through the backline in injury-time, the skipper was on hand to make a goal-saving challenge and celebrated like he scored the winning goal in the final. More performances like this and Italy might be heading in that direction.

Roberto Mancini said: “We played well. With it being the first match, it wasn’t easy and we were against a good team. The crowd helped us, and it was crucial for us to move the ball quickly.

“In these games, you need everything. We had help from the crowd, we are happy and I think the team played really well.

“It was decisive when we moved the ball quickly, managing to always free someone up for the pass. It was important to start well and it’s satisfying for us, for the crowd and for all Italians.

“It was a wonderful evening and I hope there will be many more. Wembley? That’s a long way away. There are six to go.”

Şenol Güneş said: “It was not our day. We started to lose the ball and couldn’t get forward. Italy were better – we lost to the better team. This is a tournament. We have two more games. We will prepare ourselves for the Wales game first.”

Both teams are back in action on Wednesday with Turkey playing Wales in Baku (kick-off 5pm) and Italy hosting Switzerland in Rome (kick-off 8pm).

Arsenal legend Vieira on Wenger, Keane and managing in France

Thiago Silva could be punished for giving shirt away at Fulham