Belgian footballer Tuur Dierckx has been sentenced to one month in prison after organising a lockdown party amid coronavirus restrictions in the country.

Reports in Belgium say that Dierckx, who plays for second division side Westerlo, was also fined €800 (£691) by the court in Antwerp after hosting the party, which was attended by 14 people, including four other footballers.

Police officers were called to his flat in Antwerp city centre in the early hours of December 13 after receiving a complaint about the noise, according to the reports. 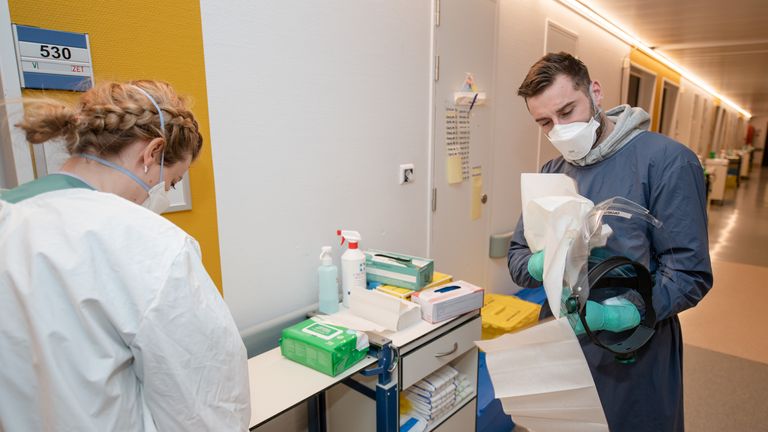 Belgian restrictions currently state that, apart from those in their own household, people may only have one close contact who they can invite inside.

His lawyer Carl De Munck is quoted as saying: “This is a severe sentence, but it is in line with verdicts in similar cases.”

De Munck had previously argued that footballers are in bubbles with players and staff and do not always realise the seriousness of the global pandemic and the need for them to limit their interactions with others.

However, following the incident, Dierckx spent some time on the Covid-19 hospital ward in Geel, a province of Antwerp, which reportedly helped the 25-year-old realise the seriousness of the situation.

According to Belgium’s leading newspaper, Nieuwsblad, his club are not worried over the prospect of Dierckx missing matches as prison sentences of one month are usually not carried out.

Westerlo managing director Wim Van Hove told the newspaper: “We have heard the news. Without wanting to minimize the facts, we think it’s a severe punishment. But apparently it is in line with similar files and then it is only logical.

“We will no longer sanction him anymore. We have already taken a hard line and sanctioned him financially, this new punishment is private. But we are going to take a look at this with Tuur himself and, if necessary, we will further communicate about it.”

Dierckx is not expected to appeal the verdict.

Cole heaps praise on Giroud after his winner against Norwich