Bayern Munich president Uli Hoeness believes that his side will travel to Borussia Dortmund as underdogs for this weekend’s Der Klassiker.

Bayern have suffered a poor start to their Bundesliga campaign this season by their own high standards, with the club currently languishing in third.

They are already four points behind league leaders Dortmund, with boss Niko Kovac already under pressure following his appointment in the summer. 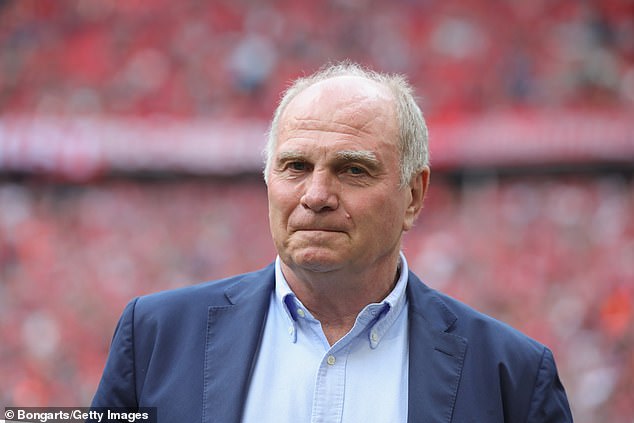 The Bavarians have lifted the Bundesliga shield in each of the last six seasons, and Hoeness admits it is not a position they are used to.

‘You can’t go to Dortmund and say that you want to secure three points. Dortmund have had a very good season so far, no doubt about it,’ he said after their 2-0 win over AEK Athens on Wednesday evening.

‘We do not go to Dortmund as favourites, but as underdogs – for the first time in a long time. 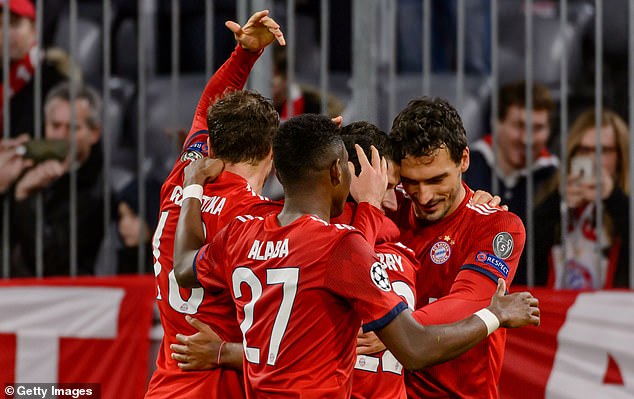 Bayern celebrated a 2-0 win over AEK Athens on Wednesday, but domestic form has been poor

‘We have to make sure we play a good game there and then we’ll see what happens.’

Hoeness and the Bayern Munich board felt the need to hold a press conference earlier in the season addressing the negative press surrounding the club’s start to the season.

And it is still an area of contention for their president, who insists that Kovac will be given time to bed in at the Allianz Arena. 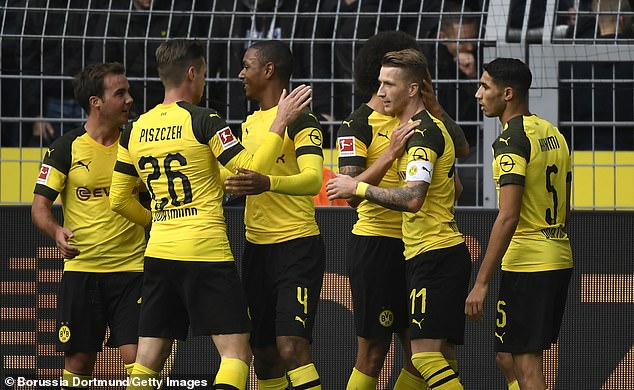 Dortmund, meanwhile, are flying under Lucien Favre and are four points clear in the league

‘Don’t always be so negative. The season has just begun, we have a team in transition, a young coach who has to settle in here and you have to be patient,’ he said.

‘Four weeks ago you all complained that the Bundesliga is getting boring again and now it is no longer boring but exciting and now that doesn’t suit you.

‘At some point you should agree on what you actually want. We’re doing you a few favours right now.’

Villa to bid for England star, Cantwell and Bailey latest plus Grealish boost