A German who has NEVER played internationally at any level, two Mexican-Americans who got their first senior call-ups, and the next great American goalkeeper: The USA stars to watch in its first games since shock ‘blackmail’ scandal

In a time of such tumult within US Soccer, this January camp could show American fans that there’s reason to be looking forward to the future.

While the governing body conducts its investigation into the conduct of World Cup manager Gregg Berhalter – brought to their attention by Austin FC general manager and USMNT legend Claudio Reyna and his wife – the United States still has matches to play.

They’ll take part in their first of two friendlies on Wednesday against Serbia in Carson, CA – just outside Los Angeles. 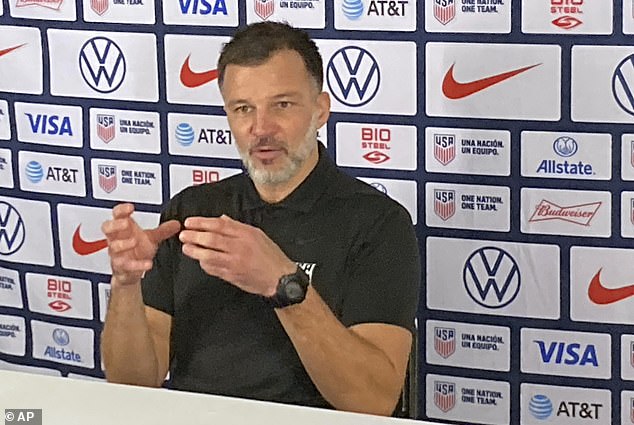 Interim manager Anthony Hudson has called up a squad that skews young – featuring 11 players that are set to make their debuts for the US Men’s National Team.

Of those eleven, Dailymail.com has picked out the names to keep an eye on for both this game against Serbia and the upcoming match against Colombia on January 28.

From promising goalkeepers to two players playing for the US for the first time, and late bloomers, these are the names that could impact the team this week – and ultimately push for a roster spot in the 2026 World Cup squad.

The younger brother of Leeds United midfielder Brenden Aaronson gets his first call-up for the USMNT at these friendlies.

After a great season with Philadelphia Union – who went all the way to the finals of MLS Cup 2022 – he just made the move overseas to German giants Eintracht Frankfurt.

While it remains to be seen if he can be as good as his brother (or possibly better than him), this will be a great start to his career with the United States. 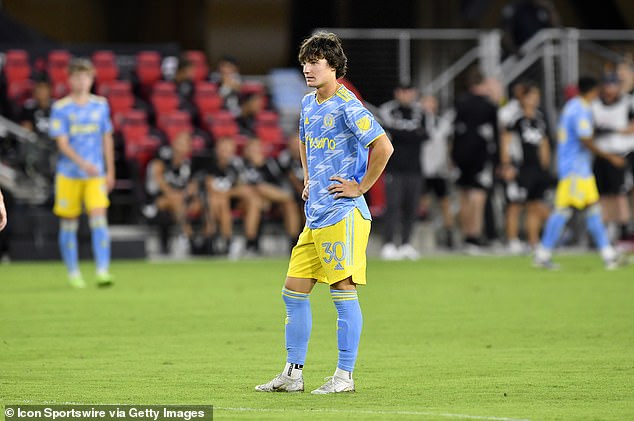 Paxten Aaronson has big shoes to fill as his older brother plays in Leeds – how will he fare?

American keepers have had a great past few decades when playing overseas in the Premier League and Gabriel ‘Gaga’ Slonina could be the next in line.

He seeks to become the next in a roster of England-based USMNT keepers, alongside players like Brad Friedel, Kasey Keller, Brad Guzan, and Tim Howard.

After just finalizing a move to Chelsea from the Chicago Fire at the New Year, Slonina is now back stateside training with the USA and could be set for his first appearance with the Americans. 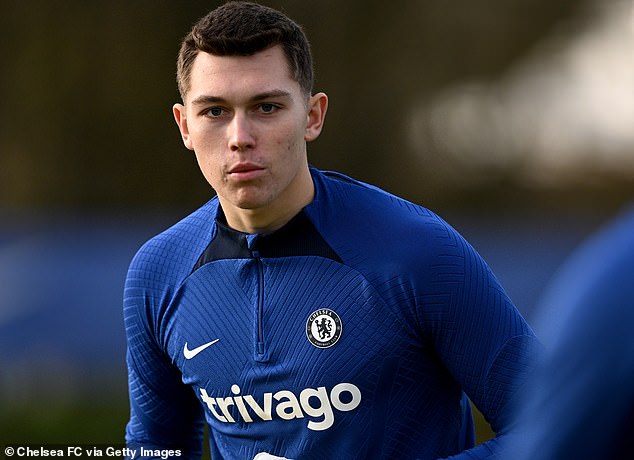 Brandon Vazquez has been viewed by some segments of the USMNT fanbase as a potential solution to the problems they’ve had in attack.

The 24-year-old forward had a great season last year with FC Cincinnati, leading to this call up.

Vazquez played alongside names like Tyler Adams and Christian Pulisic at the FIFA U-17 World Cup back in 2015, so he could fit right in with this team when the starters come back. 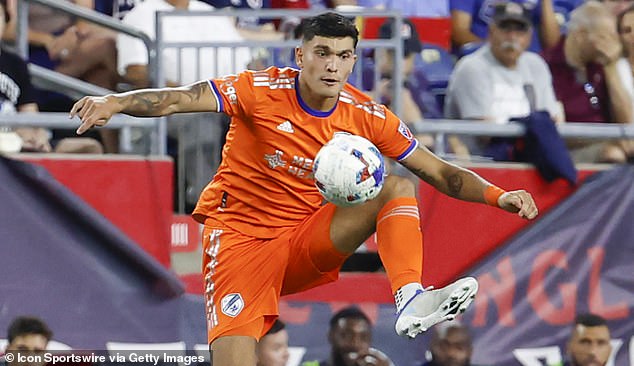 Zendejas’s selection to the USMNT is a little more complicated, as he has taken the field in two games for Mexico.

He took the pitch for El Tri back in October of 2021 and April of 2022 in friendlies against Ecuador and El Salvador played in the United States.

However, the FMF was told to forfeit those matches – as well as three Under-23 games – for their improper use of Zendejas. They’ve also been ordered to pay around $11,000 in fines.

That’s because Zendejas played alongside Vazquez in the 2015 U17 World Cup for the United States – meaning he’d have to secure a one-time switch in order to play for Mexico. 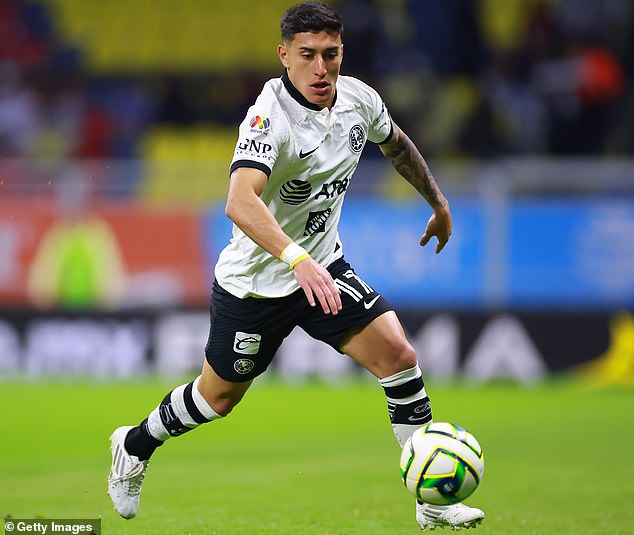 After legal struggles surrounding appearances for Mexico, Alejandro Zendejas is on the roster

That never happened, so Zendejas doesn’t have any official appearances with the Mexican national team.

Despite the situation, Zendejas told DailyMail.com in a press conference that he didn’t want to focus on how he got to this camp, but wants to show he’s more than deserving of being in the camp in the first place.

‘I don’t really like to pay much attention to what’s going out outside of like the soccer standpoint,’ he said.

‘That’s our job you know, like I’m just focused on what I can do on the field. How I can help our team the best way possible.’

Born in the Bavarian town of Neustadt, Gressel spent time in the academy of Greuther Furth, but never got the attention of a German youth national team.

Gressel then attended Providence College in Rhode Island to continue his soccer career – eventually getting drafted by Atlanta United with the eighth overall pick of the 2017 SuperDraft.

He won MLS Cup with the Five Stripes before eventually being dealt to DC United and then on to Vancouver.

Gressel only became an American citizen this past November, allowing him to finally be called up by the USMNT.

At age 29, he’ll be the oldest debutant of all those called up to this camp if he plays. Whether or not Hudson will call on him – given the number of younger talents on the board – is yet to be seen. 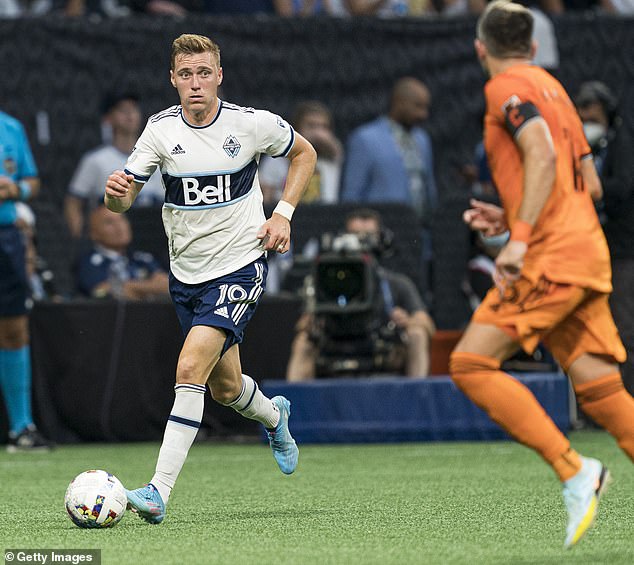 One of the youngest players around, Tolkin has the most experience in a top flight league of every uncapped player under the age of 23.

He’s been a reliable left-back for the Metro, having logged 66 caps with the first team in just two seasons. He’s pacey, strong on defense, and quick in transition – often being the catalyst for many of the Red Bulls’ chances last season.

Hudson described him as a, ‘big character, a funny kid like he’s great to have around. The one thing I love about him is like he has a real dogged determination like, he’s not afraid of anything.’

While left back is a seemingly set position for the USMNT for now – with Antonee ‘Jedi’ Robinson starting and both Joe Scally and Sam Vines behind him – Tolkin could prove to be worth the capable backup option.

Or maybe this might be the first appearance for a player that could be a starter for the team come 2026. 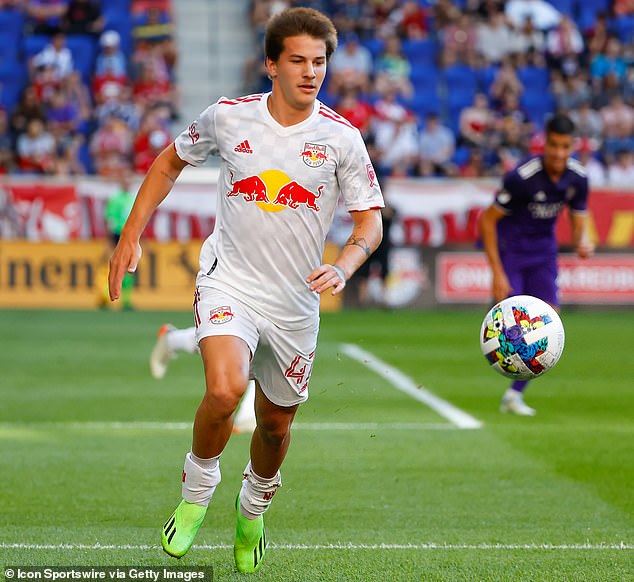 At age 20, John Tolkin has been a strong presence at left-back for the New York Red Bulls

Ally McCoist: Romelu Lukaku 'shot himself in the foot' with interview

Rafa Benitez: Liverpool ties made it tough to succeed with Everton