Relief for Liverpool fans! Virgil van Dijk reassures supporters he’s okay after late injury scare which saw him clutching his ankle and limping off the pitch after the Netherlands’ comfortable victory over Turkey

There was a heart in mouth moment for Liverpool fans when Virgil van Dijk was clutching his right ankle during the Netherlands’ 6-1 victory over Turkey.

The 30-year-old who has only recently returned to action after a serious injury, looked in pain following a collision in the closing seconds of their 6-1 victory over Turkey after goalkeeper Justin Bijlow underhit a pass to him.

Van Dijk was able to get to his feet at the final whistle but limped off the pitch which would have been a moment of concern for Liverpool after the Dutchman missed ten months of action following his knee injury back in October. 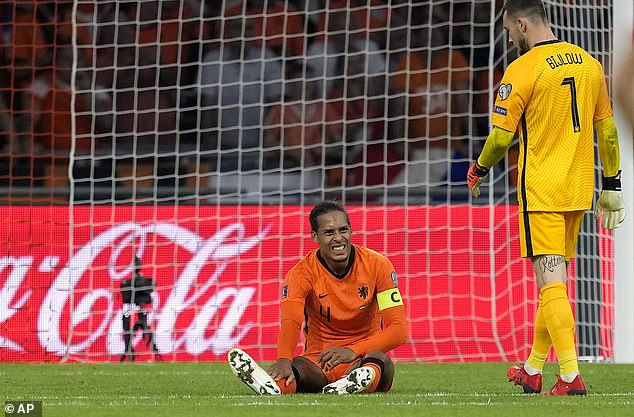 A sigh of relief could be breathed though, as Van Dijk said that he felt fine during his interview after the match.

He told reporters: ‘I’m fine, luckily. I’m already over it. Maybe because I am so big, they think I am acting, because when I go down, it goes in quite a slow way.’

It is good news for Liverpool who face Leeds at Elland Road on Sunday after the conclusion of the international break. 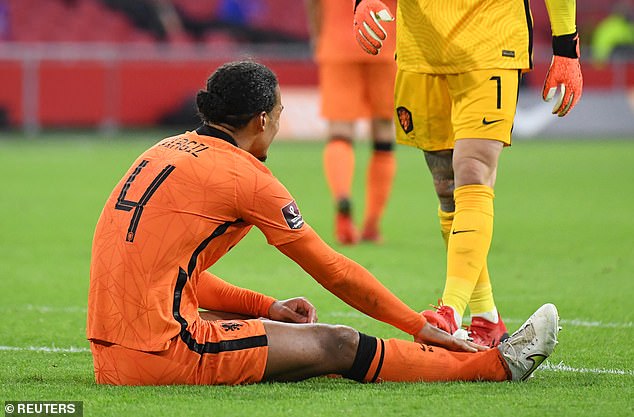 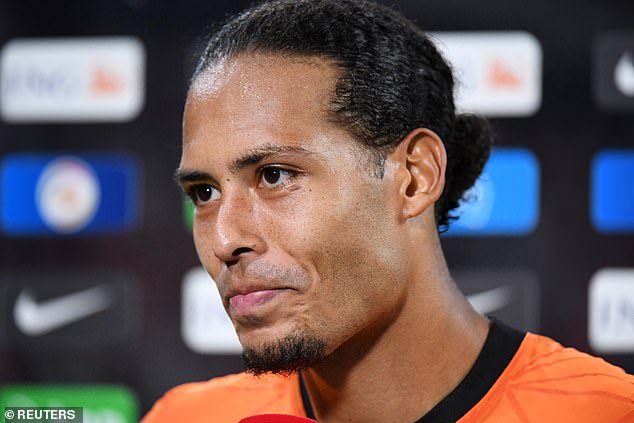 Van Dijk required surgery on his knee following the collision with Jordan Pickford during a 2-2 draw with Everton last season.

It meant the Dutchman missed the rest of the campaign as Liverpool struggled in their bid to retain the title they won during the 2019-20 season.

His return has already been a big boost to Liverpool as he has settled down quickly alongside Joel Matip in the heart of defence.

Van Dijk will also be glad to be back playing for his country after missing the European Championships over the summer.

Netherlands were impressive on Tuesday night, with Barcelona star Memphis Depay netting a hat-trick during a comfortable victory.

They sit joint top of their World Cup qualifying group with Norway, who held them to a draw last week. 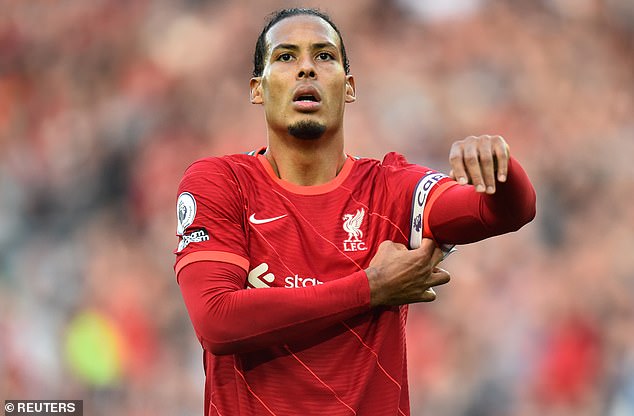