Wanted! Newcastle are now looking for three teams worse than they are to beat the drop from Premier League

It was Rafa Benitez’s use of the word ‘worse’ which was most telling.

‘We will try to find three teams worse than us, that’s it,’ said the Newcastle boss, delivering a demoralising yet sober statement.

That is the reality of it, nine winless games in and already the hunt is on for a trio of teams even less capable than themselves. There is none on current form. 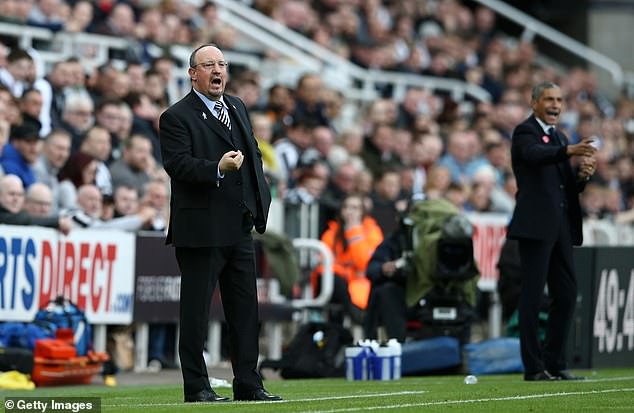 Benitez, with justification, blames Mike Ashley and the owner’s neglect. But managers are paid to manage and, at present, the Spaniard is not getting the best out of himself or his players.

The fixture list was cruel – they have played five of last season’s top six – but such mitigation falls down when you consider that, in the four other games against Cardiff, Crystal Palace, Leicester and Brighton, they have failed to score a single goal.

Benitez is saying all of the right things but, much like his strikers, he lacks conviction. There is an increasing feeling of emptiness from a manager who, while brilliant for the past two seasons, now seems robbed of his verve amid the conflict with the hierarchy over investment and control. Players will pick up on that, especially if they suspect he will quit when his contract expires next summer. 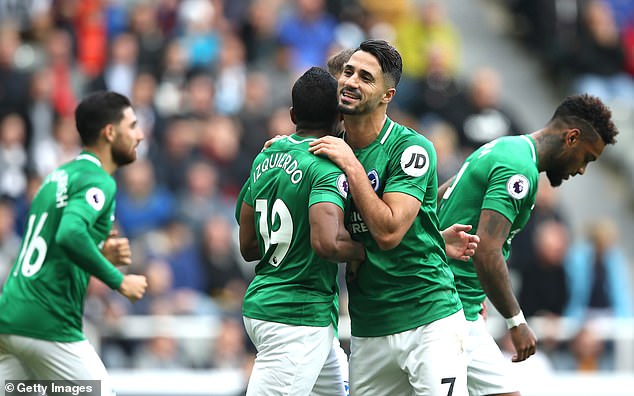 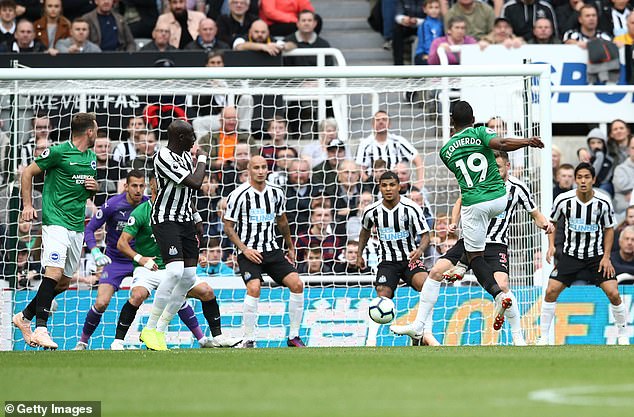 The utopian scenario for supporters is that Ashley sells, the club survives and Benitez stays. For that to happen, however, you need a buyer, and Ashley told the squad over dinner earlier this month that the club will not be sold this season.

To that end, he has a decision to make – is Benitez the best man to keep them in the Premier League?

On the evidence of last season, yes. But that was a campaign with purpose, when players and staff were united in their survival mission, much like the year before when they won promotion.

Now, there is a feeling of, ‘What’s the point?’. The owner wants to sell, the manager is probably leaving and even fans are starting to row amongst themselves.

They booed a Benitez substitution on Saturday before there was any dissent aimed at Ashley, and even then that was shouted down by those who believe it is unhelpful to the team. 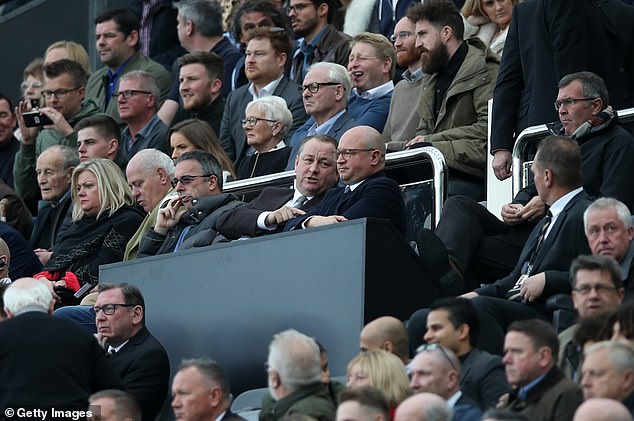 It is a club dis-united, going through the motions of a season which appears destined for disaster. Again.

Captain Jamaal Lascelles emerged to sound the positives after a fifth straight home defeat, but there was also an admission that they are struggling for answers.

‘One win and we can really start our season,’ he said. ‘It’s just working out how we do that because at the moment we’re a little way off. Everybody is looking at each other, trying to find the answer but we don’t quite have it.

‘But I don’t think anyone can question the manager about anything. He wants us to play a certain way and if we can’t do that as players, it’s down to us. But the gaffer can only deal with what he’s got.’ What Benitez has now are games against Southampton, Watford and Bournemouth before the next international break.

He has to find a win, after that he can worry about three teams being worse than them.

Is Austria vs North Macedonia on TV? Kick-off time, channel and how to watch Euro 2020 fixture