What it is about Argentinians and mesmeric individual goals?

Diego Maradona against England in 1986 and Lionel Messi, well, every other week.

You can add Watford’s Roberto Pereyra’s name to that list. If you haven’t seen the Argentine’s solo effort against Huddersfield yet, do yourself a favour and watch it as quickly as you can. 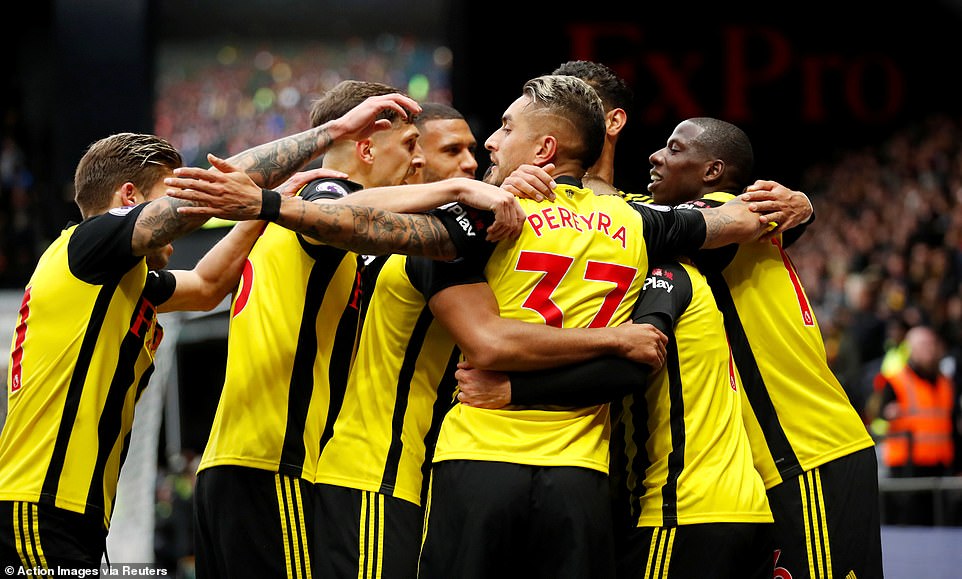 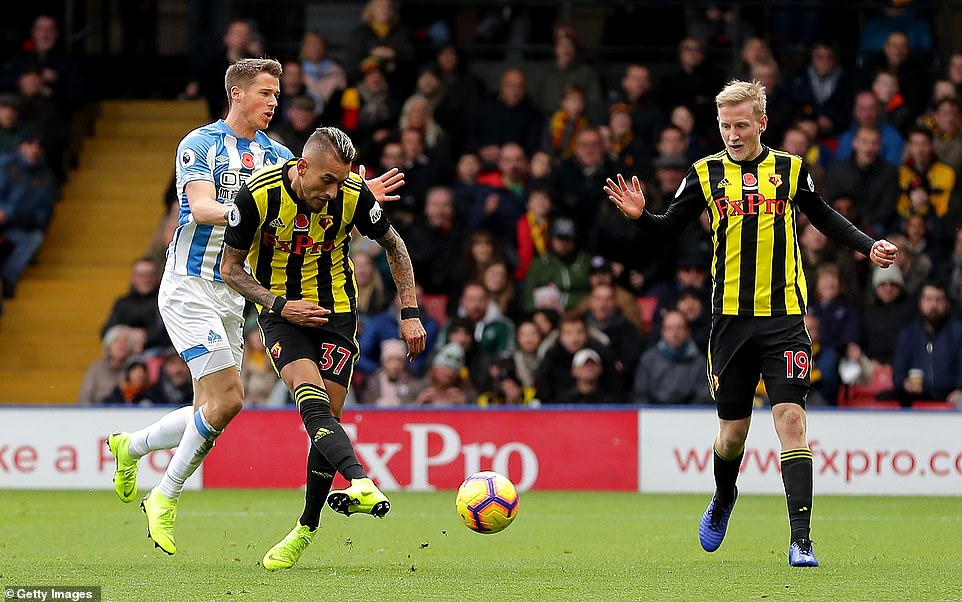 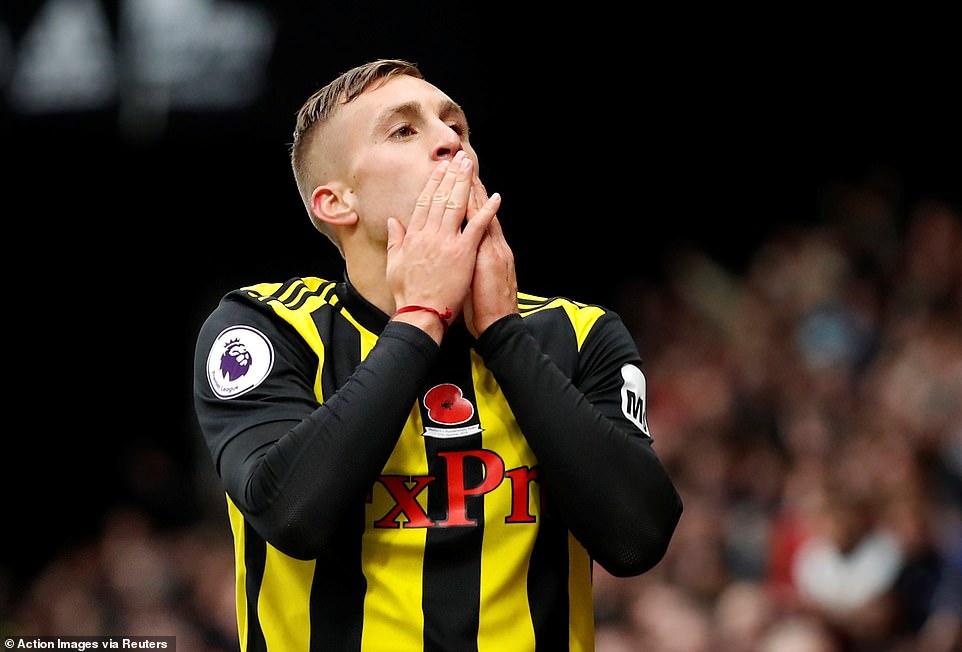 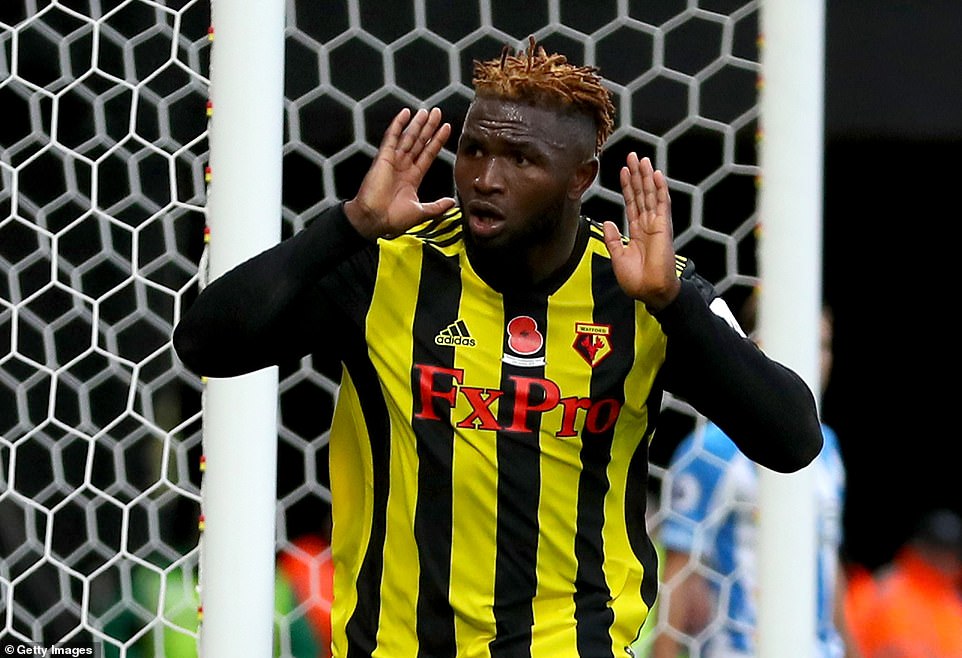 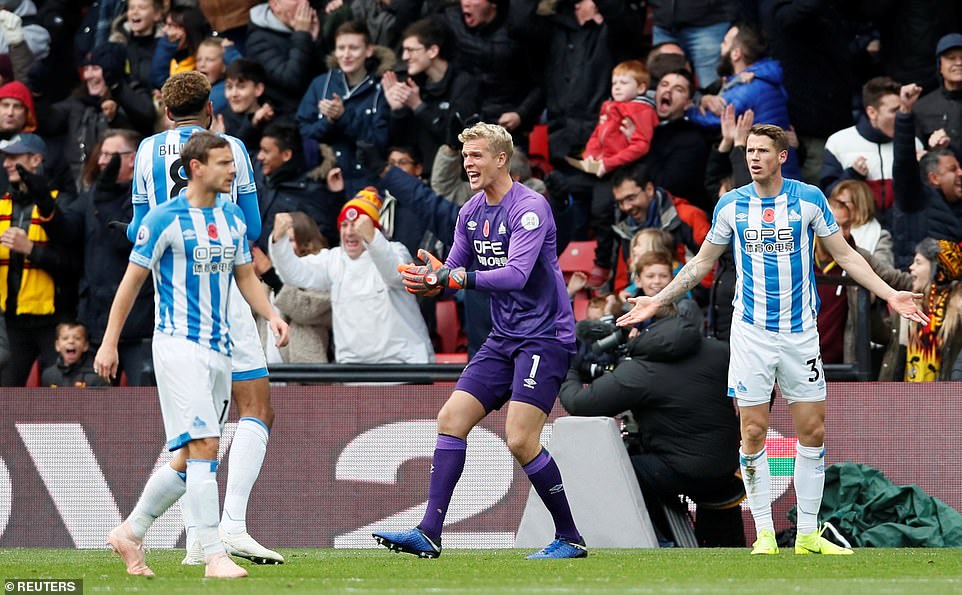 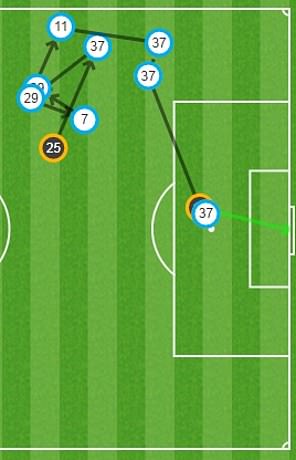 Watford took the lead when No 37 Roberto Pereyra picked the ball up on the left wing and dribbled past Zanka, Chris Lowe and Philip Billing before firing into the net

Beautiful balance, expert control and the coolest of finishes having left six Terriers players flummoxed in the process.

Sheer brilliance; a goal Maradona or Messi would have been proud of.

Watford’s second – another captivating goal from Gerard Deulofeu – is well worth watching, too.

But Pereyra, without doubt, stole the show with his sublime effort as Watford strolled to victory at Vicarage Road.

And the funny thing was that Huddersfield started much the brighter side.

Alex Pritchard then saw a flashing, dipping shot sail narrowly wide. All this inside the opening seven minutes.

But what arrived three minutes later was pure poetry; ‘worth the entrance fee alone’ sort of stuff.

There looked little danger when Pereyra picked up the ball on the left flank. 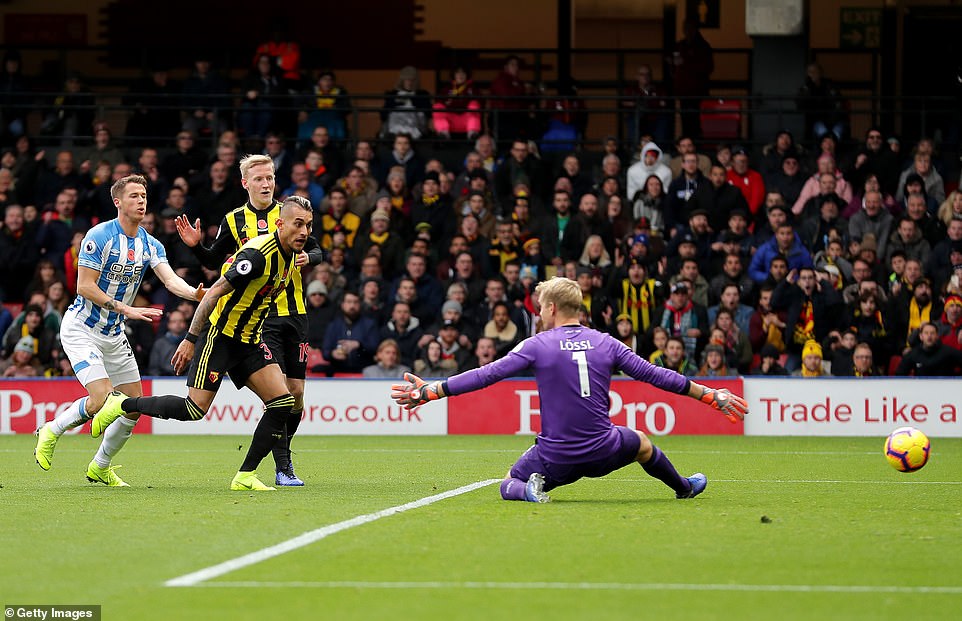 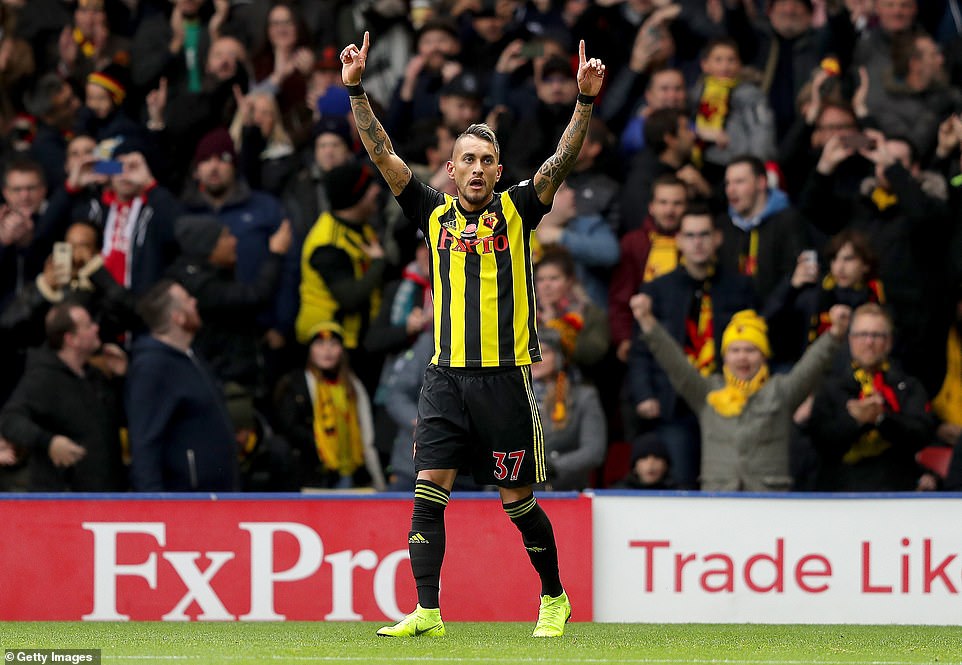 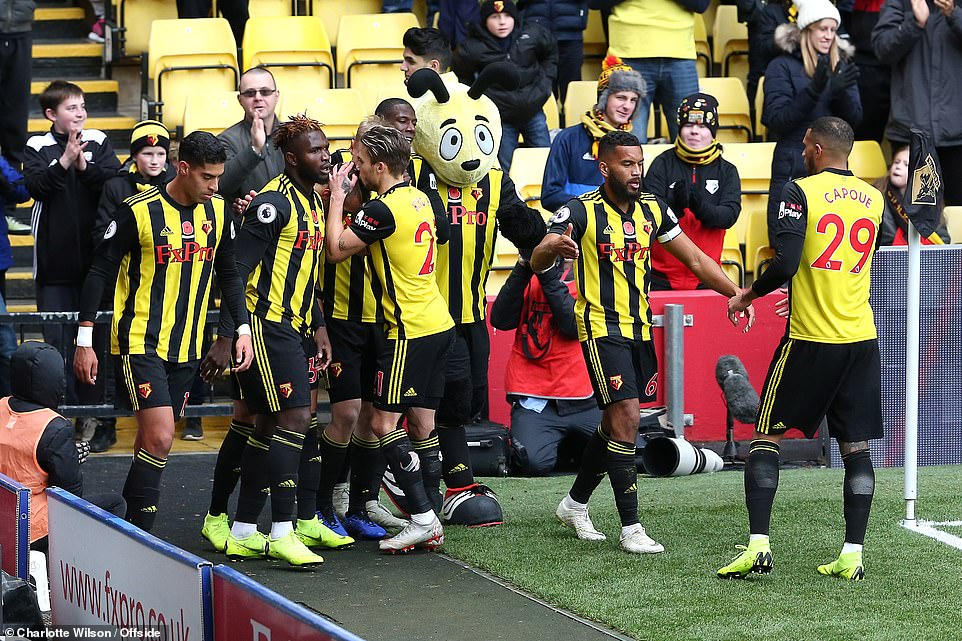 A few seconds later; Jonas Lossl was picking the ball out of the net. Pereyra’s run was scintillating, gliding between Huddersfield players with the balance of a butterfly.

The Watford forward left six defenders in his wake before catching a glimpse of the whites of Lossl’s eyes, Pereyra finishing with minimum fuss.

Huddersfield manager David Wagner will point to his defenders. He’d be right to. But we should take nothing away from Pereyra’s truly breathtaking strike.

Nine minute later, Watford doubled their lead. On any normal day, Deulofeu’s strike would have been the unarguable highlight.

On the right wing, Deulofeu cut into the box leaving Chris Lowe easily in his wake.

Next it was Jonathan Hogg’s turn to be bamboozled by the former Barcelona forward. Then came the finish – a rocket into the top left corner that flew past Lossl before he could even blink. 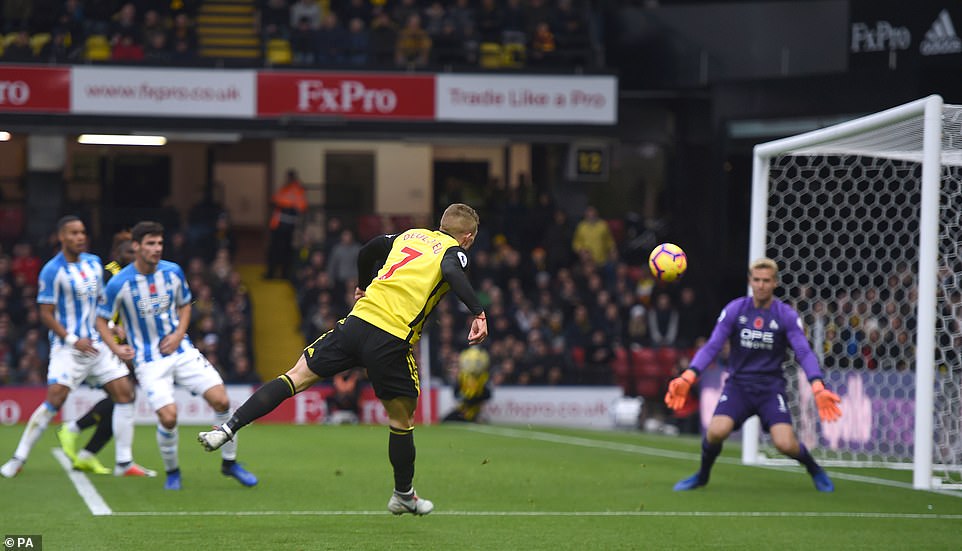 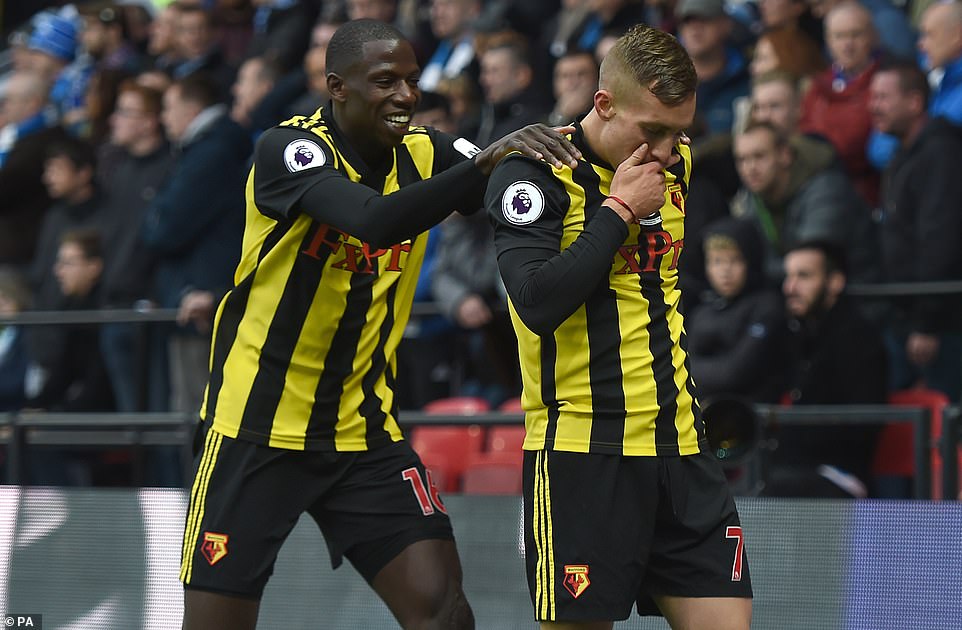 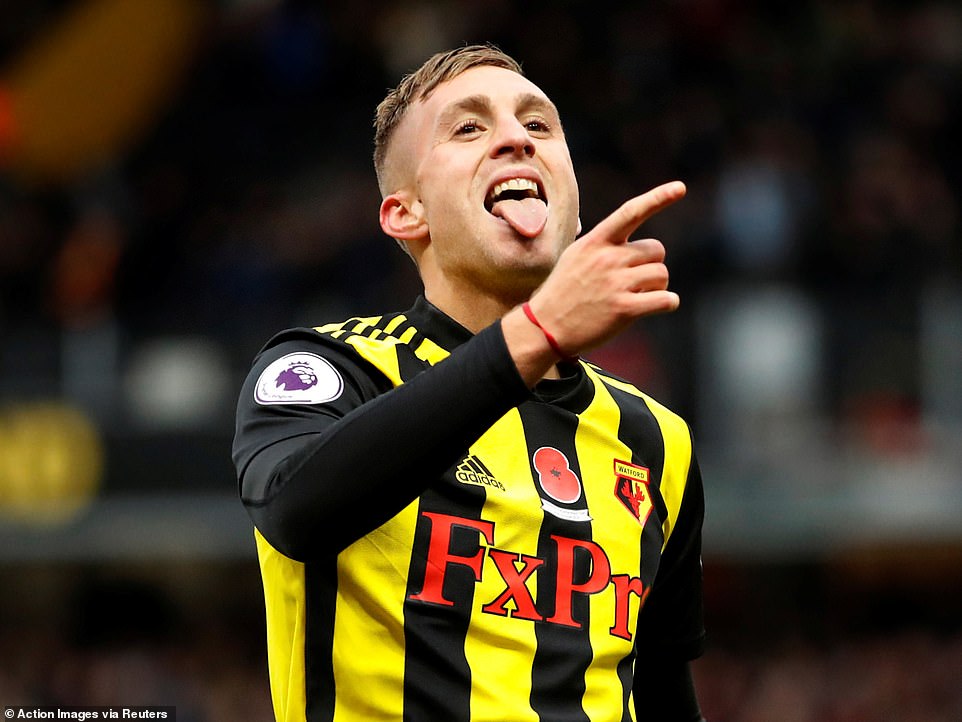 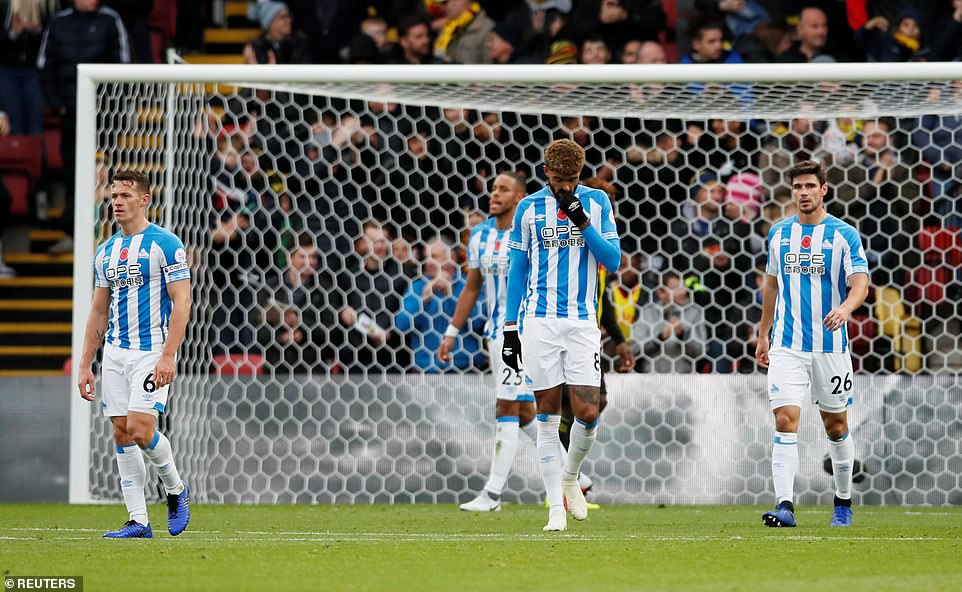 Vicarage Road were in rapturous. Javi Gracia tried his best to keep cool – but even he must have been bursting with emotion inside.

Huddersfield were on their knees; how did it come to this after such a promising opening?

And fair play to Wagner’s side; they tried to their best to recover – Lowe cracked the cross bar with a vicious effort from 25 yards that Foster got his finger tips too.

Foster was called into action again before the end of the half, the keeper denying Mooy and and Phillip Billing as Huddersfield searched for a route back into the game.

But the damage had already been done; and it could have got worse by half time, Lossl was at full stretch to deny Issac Success.

Deulofeu should have doubled his team’s lead four minutes into the restart, but with goal gaping he couldn’t arc his lofted effort on target.

Lossl then made a superb point blank save from Will Hughes after Pereyra’s inventive flick. 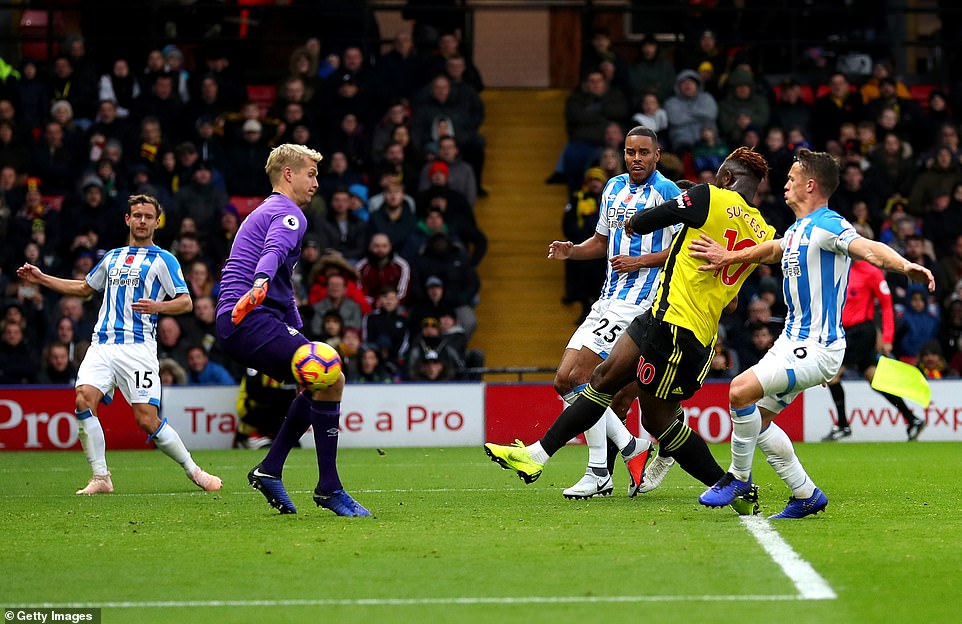 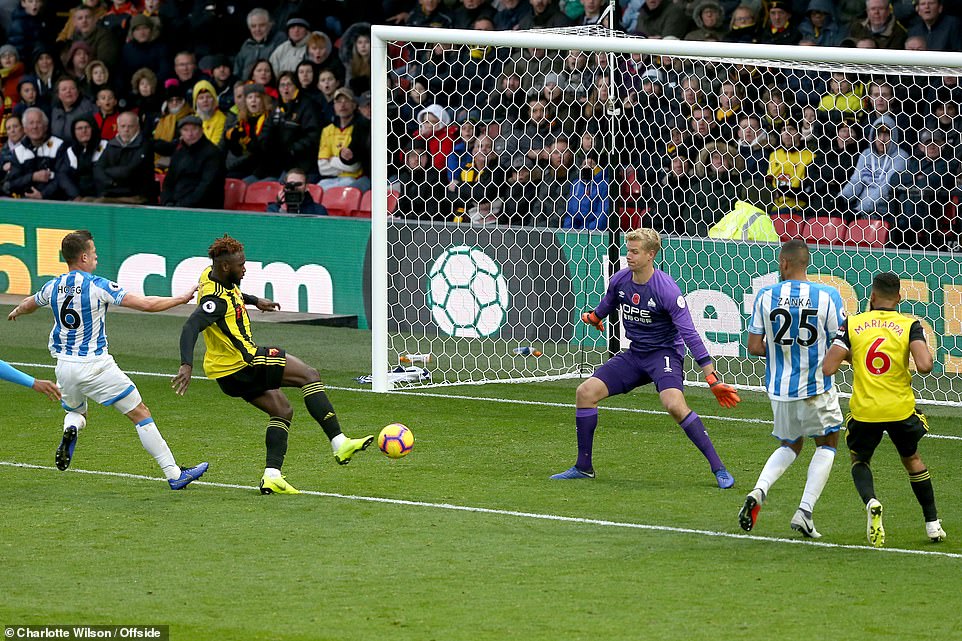 Deulofeu looked less than pleased with his anger when he was replaced by Ken Sema in the 64th minute as Gracia looked to shore up his midfield.

The Spanish forward probably felt he could have scored one or two more given the problems Watford’s attack were posing Hudderfield.

And so it proved, Success tapping home from close range after Kiko Femenia’s cut back to round after the scoring.

Huddersfield remain without a victory this season, this result – their seventh loss of the season – moved them to the bottom of the Premier League.

The problems for Wagner are clear: can’t score at one end, can’t keep them out at the other.

Unless there’s a drastic turnaround, the writing’s on the wall for Wagner’s side. As for Watford – it’s two wins on the spin.

But this day belonged to Pereyra and THAT goal.