‘I’m going to have to smash him’: Watford captain Troy Deeney ready to face former team-mate Richarlison as he labels Everton ace as the ‘enemy’

Watford captain Troy Deeney is preparing for a reunion with Richarlison but he has no plans for it to be a friendly affair.

The pair were team-mates last season but Richarlison left Watford in the summer when Everton splashed out £44million on the Brazilian.

Richarlison will come up against his former club on Monday night when Watford visit Goodison Park in search of Premier League points. 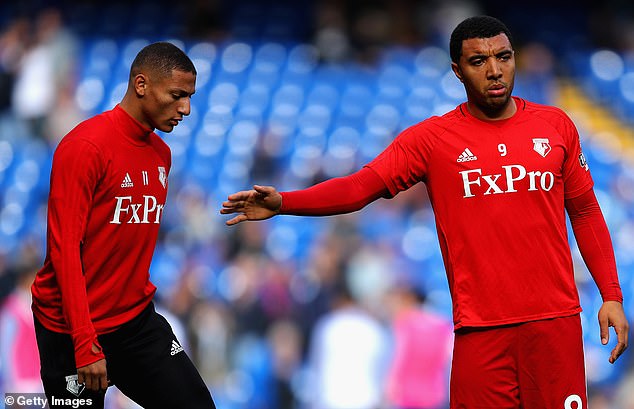 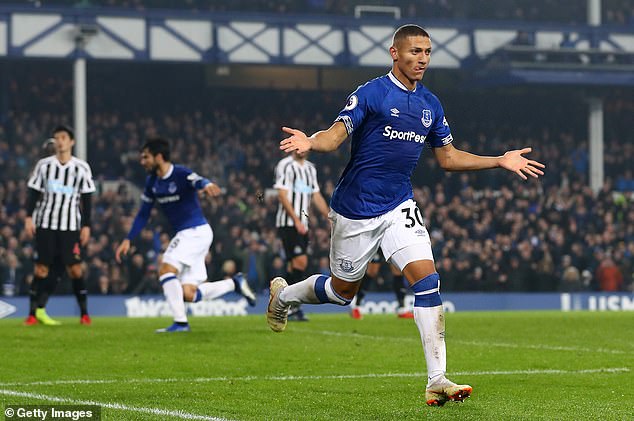 Ahead of his side’s trip to Merseyside, Deeney told The Sun: ‘I’m going to have to smash him. On Monday he’s the enemy.’

Since joining the Toffees Richarlison has established himself as an important player for Brazil’s national team. But Deeney — though he recognises his former team-mate’s talent — believes Watford got a fair price for the 21-year-old.

‘I wasn’t disappointed (when he left) because you can understand it,’ said Deeney. ‘Business-wise it was a no-brainer for the money.

‘You can see his potential daily, his enthusiasm for football is up there and he’s now getting the national team looking at him.’

Everton are unbeaten in their last five Premier League home games, winning four of them, and Deeney is expected Watford to be given a tough examination on Monday.

He explained: ‘We know when we get there it will be hostile, they’ll give us grief and we expect that, we know what’s coming.’ 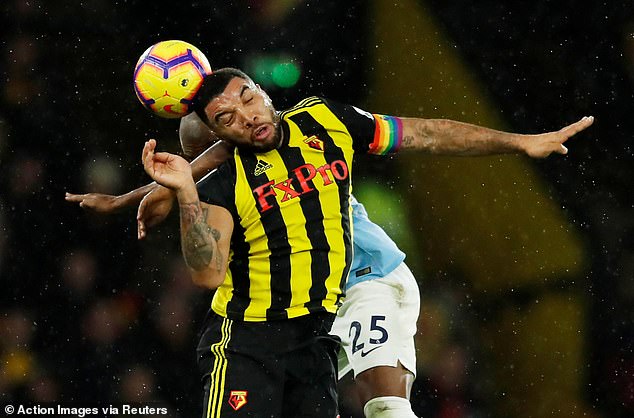