Talks for the Belgium international to join the MLS outfit had been at an advanced stage earlier in the week and a deal between all parties was been agreed.

The MLS transfer deadline was on Thursday, but the finer details of the deal were completed before the cut off point. He has signed a two-and-a-half year deal with an option for a further season.

Benteke was due to be involved for Palace on Friday in the season curtain raiser against Arsenal but was excused from Patrick Vieira’s preparations for the game to complete the deal. 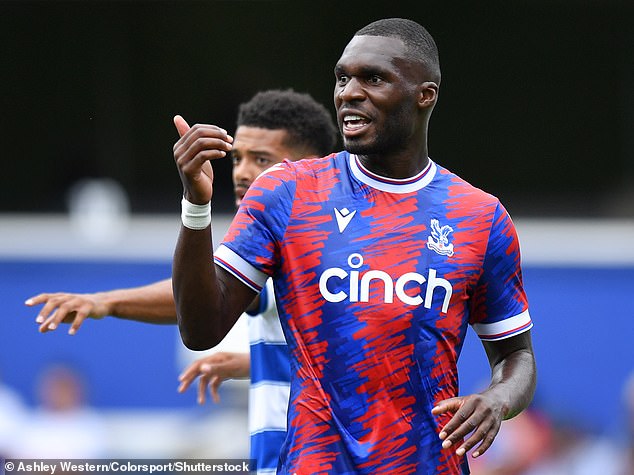 ‘Christian is a top player who has played at the highest level for a long time,” Rooney said. ‘His experience and ability to score goals and help the team will be invaluable.

‘It’s exciting for the team and myself to get him in and playing. He will make a huge difference.’

Benteke has 86 Premier League goals to his name after playing for Aston Villa, Liverpool and Palace.

Speaking after his team lost to Charlotte in the week, Rooney said he wanted to bring in one more player.

‘We were trying to get something over the line or close to done while the game was going on, so I don’t have any update on that yet,’ Rooney said. ‘So I’ll be checking on that now when I go in.

‘It could be difficult in terms of the timeframe, but we are trying to get at least one more player done.’ 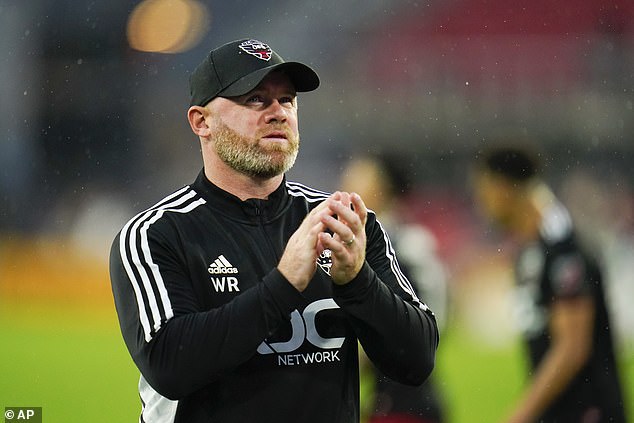 Benteke will need a work visa before playing for DC – a process that can take at least two weeks.

That may mean the team’s August 20 match vs. the Philadelphia Union is the earliest realistic date for Benteke’s debut.

DC are currently last in MLS’ Eastern Conference with just six wins from 22 games, including just one win in the last five.

The team has won one and lost one in the two matches since Rooney took over as manager.

However, they’re only eight points off a playoff spot, and will be hoping the Belgian can shoot them up the table with 12 games left to play.

Benteke will join a host of former big league players in MLS.

Ex-Liverpool, Bayern and Stoke man Xherdan Shaqiri is currently plying his trade for the Chicago Fire, Javier ‘Chicharito’ Hernandez is on the LA Galaxy and Gonzalo Higuain joined Inter Miami in 2020.