Wayne Rooney will not seek a loan deal in the Premier League once the Major League Soccer season has concluded because he is loving life in the US, according to The Mirror.

A number of high-profile players, including David Beckham and Frank Lampard, have used the MLS off-season to return to European football, but Rooney, who plays for DC United, has no intention of following their lead.

The 33-year-old would have plenty of interest if he made himself available, but the report claims he prefers to continue the process of laying new foundations in the US, where he and his family have settled well in Washington D.C.. 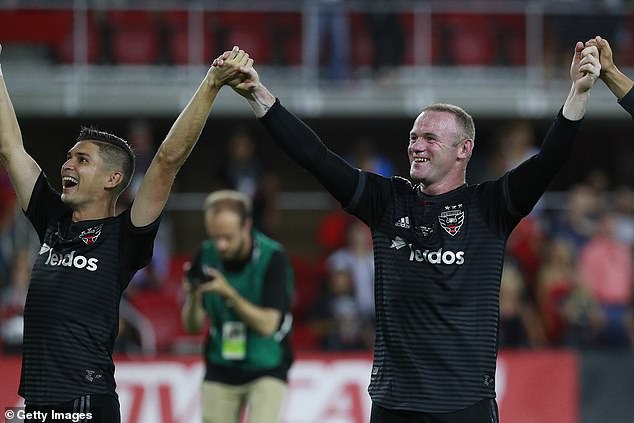 Wayne Rooney appears to be enjoying life at DC United, scoring 12 goals from 19 games so far

Rooney believes he would be best served remaining Stateside, where he can rest and recover in the midst of a lower profile.

In stark contrast, a return to the Premier League would see him step back into the intense attention and scrutiny he has dealt with throughout his professional career. Not only that, but he would have to adjust back to the pace of the Premier League.

A source told The Mirror: ‘Wayne really doesn’t want to come back to England to play. He’s absolutely loving it in America and isn’t missing all the negativity surrounding the Premier League. 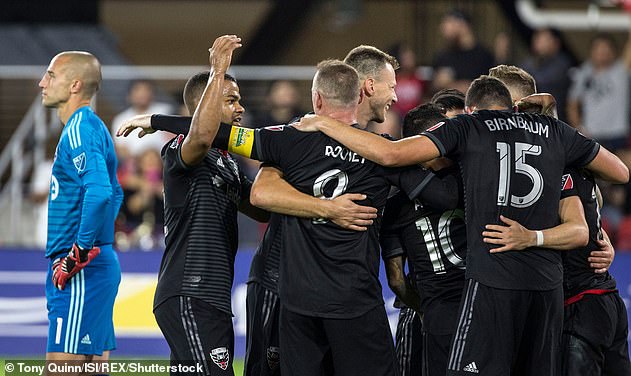 ‘Clubs will be interested in him but it would be a tough job to try and persuade him to come home. He is fully focused on DC United.’

Rooney has been an imperious character since arriving at DC United, scoring 12 goals and providing six assists in 19 appearances to drive them up the table.

The former England captain arrived at the club when they were rock bottom of the Eastern Conference, but his fine form helped them seal a play-off spot.