Iran scored twice in the final moments of stoppage time to keep alive their hopes of reaching the World Cup knockout stages for the first time with a thrilling last-gasp victory over a stunned 10-man Wales.

Wales, who had keeper Wayne Hennessey sent off late in the match, looked to have survived the Iranian onslaught in their Group B encounter at Al Rayyan’s Ahmad Bin Ali Stadium before substitute Rouzbeh Cheshmi found the net and Ramin Rezaeian sealed the win with seconds left. 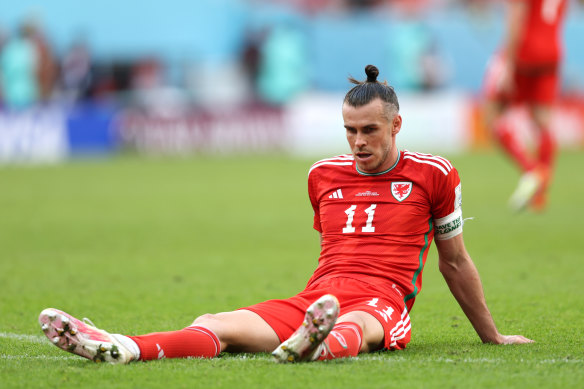 Iran had come out fighting in the second half and hit the post twice in a matter of seconds, with Sardar Azmoun’s shot rebounding to Ali Gholizadeh, whose follow-up cannoned off the upright and back to the waiting Azmoun, who headed tamely into keeper Hennessey’s hands.

Iran, whose World Cup squad has been distracted by a political crisis at home, came close again on 72 minutes when Hennessey got a fingertip on Saeid Ezatolahi’s shot.

Miniutes later, Hennessey was back in the sheds after he was sent off for dangerous play when he charged out of his area and clattered into the onrushing Mehdi Taremi.

The teams were goalless at the end of the first half after Iran forward Ali Gholizadeh’s strike was ruled out for offside. 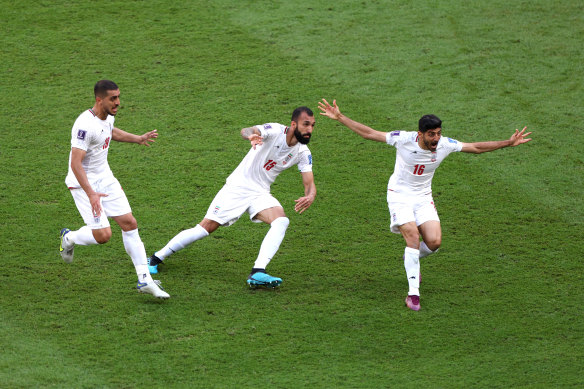 Gholizadeh thought he had given Iran an early lead after linking up brilliantly with Sardar Azmoun, but VAR ruled it out. Earlier, Wales striker Kieffer Moore had a shot from close range saved by Iran keeper Seyed Hossein Hosseini.

Tensions were running high prior to kickoff fans supporting the Iranian government harassed those protesting against it and stadium security seized flags, T-shirts and other items expressing support for the protest movement that has gripped the Islamic Republic.

Some fans were stopped by stadium security from bringing in Persian pre-revolutionary flags to match. Others carrying such flags had them ripped from their hands by pro-government Iran fans, who also shouted insults at fans wearing T-shirts with the slogan of the protest movement gripping the country, “Woman, Life, Freedom.”

Unlike in their first match against England, the Iran players sang along to their national anthem before the match as some fans in the stadium wept, whistled and booed.

The national team has come under close scrutiny for any statements or gestures about the nationwide protests that have wracked Iran for weeks.

Shouting matches erupted in lines outside the stadium between fans screaming “Women, Life, Freedom” and others shouting back “The Islamic Republic!”

Furious protesters in Iran have been venting their anger over social and political repression and the state-mandated headscarf, or hijab, for women. The demonstrations were sparked by the September 16 death of 22-year-old Mahsa Amini in the custody of the country’s morality police.

The turmoil has overshadowed the start of Iran’s World Cup campaign. The opening match against England on Monday was the scene of protests as anti-government fans waved signs and chanted in the stands. Before that match, which Iran lost 6-2, its players remained silent as their national anthem played and didn’t celebrate their two goals. On Friday, they sang along to the anthem and celebrated wildly when they scored against Wales.

Iranian state TV on Friday devoted its main news bulletin to Iranians’ soccer prowess, wishing the national team luck against Wales and airing a montage of Iranian goals throughout history.