West Brom and Fulham failed to boost their survival hopes as they played out a 2-2 draw in which new-signing Mbaye Diagne impressed for the Baggies.

In what was being billed as the season’s first ‘six-pointer’ between two teams in relegation trouble, Fulham bossed the first 45 minutes at The Hawthorns but only had a Bobby Decordova-Reid goal to show (10) for their complete domination.

Sam Allardyce unleashed Diagne at the break and he triggered a huge upturn in the hosts’ performance level with Kyle Bartley drawing the Baggies level (47). The on-loan Galatasaray striker then grabbed an assist by setting up Matheus Pereira to put West Brom in front (66).

Fulham did not have a shot in the second half until the 75th minute as their performance flattened out, but substitute Ivan Cavaleiro headed home a vital equaliser for Scott Parker’s side. It means Fulham have drawn seven of their last nine Premier League games.

West Brom are now six points from safety and Fulham are four points off Brighton in 17th.

A game of two contrasting halves…

Both managers used the word “massive” to describe the match in their pre-match media duties but it was Fulham who played their game rather than the occasion in the early exchanges.

Parker’s team were slick, brave and tactically astute with the ball, not allowing West Brom any chance to build attacks. They were ahead inside 10 minutes. Ademola Lookman found Alexander Mitrovic, who spun into space and threaded a great ball for Decordova-Reid, who slammed home from the angle.

The wing-back was causing so many problems and almost made it 2-0 moments later from an identical position but this time struck the post instead of the net with a powerful finish. Lookman was the next Fulham player to test Sam Johnstone after turning past Semi Ajayi in the box but the goalkeeper was equal to it.

Fulham’s dominance triggered a first-half change from Allardyce who switched to a back four with Karlan Grant replacing Dara O’Shea. It failed to change the flow of the game as Fulham dominated the midfield but couldn’t find a second goal.

Fulham fully deserved their lead – a weak Grant effort the Baggies’ only shot in the first half – but Albion levelled out of the blue two minutes after the break.

With Diange now proving a focal point in attack, Pereira and Grant combined and Pereira’s cross clipped Ola Aina for Bartley to steer in a first-time finish from six yards. 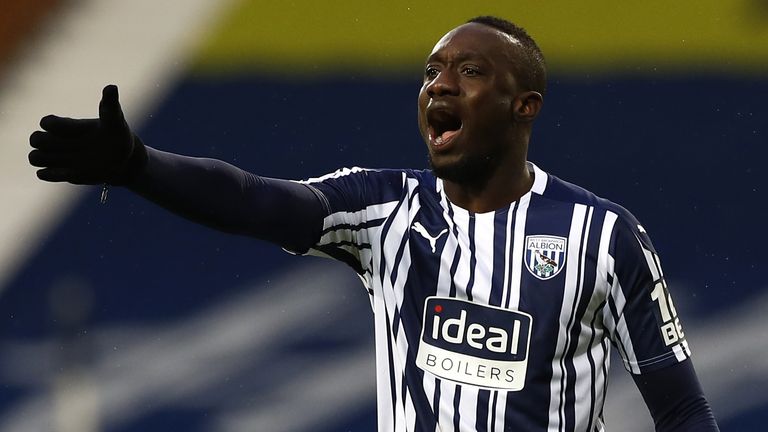 Albion had re-emerged refreshed – with intensity as they pressed Fulham back – and Pereira dragged wide from 25 yards.

It was a total contrast to the first half and the Baggies went ahead in the 66th minute.

And the striker turned supplier when he went free down the right and Pereira reached his low cross before Aina to turn past Alphonse Areola from six yards.

Yet the lead only lasted 11 minutes when Harrison Reed bent in a brilliant cross and fellow substitute Cavaleiro’s diving header levelled.

It was a result that, truthfully, helped neither team.

It is Sheffield United away next for West Brom on Tuesday at 6pm, while Fulham host Leicester at Craven Cottage on Wednesday at 6pm.