Defeat to the Gunners has left West Ham 16th in the Premier League, just one point above the relegation places.

It is understood West Ham’s owners are losing faith in Pellegrini after a run of just one win in 11 matches.

However, the club are reluctant to change manager midway through the season.

Sky Sports News understands David Moyes was being considered as a possible replacement for Pellegrini last month, while Rafael Benitez has also been linked with the job.

However, the former Liverpool and Newcastle manager, who is currently in charge of Chinese club Dalian Yifang, has ruled out returning to the Premier League in the near future.

Speaking on Monday Night Football, Benitez said: “Obviously in the future I would like to come back to Premier League, but at the moment I must be very clear, there is no chance I will come back now. 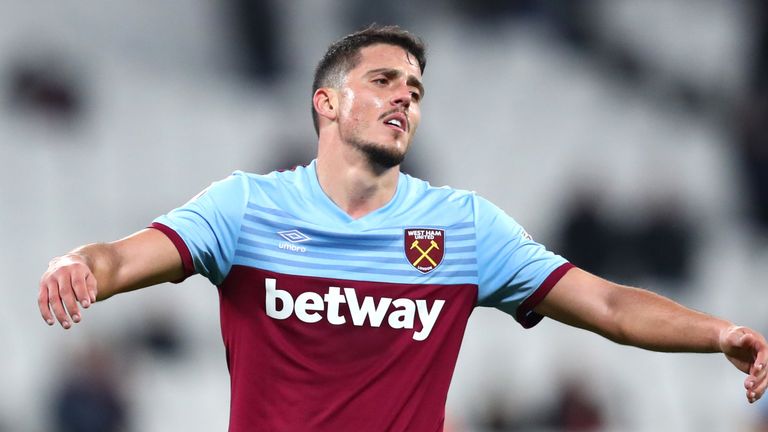 “I am happy, really pleased, they trust me, we have a lot of staff working on a big project.