West Ham will launch an investigation into how there were two separate pitch invasions during Wednesday night’s Carabao Cup loss to Tottenham at the London Stadium.

The Premier League club will work with stadium landlords LLDC to find out how the two culprits evaded security while the FA will also look into the incidents.

The first invader ran on as Tottenham were preparing to take a corner. After being removed, Spurs scored from the resulting cross with Fernando Llorente making it 3-1. 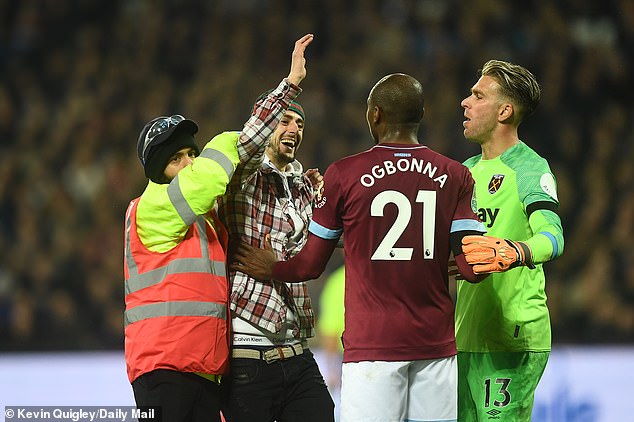 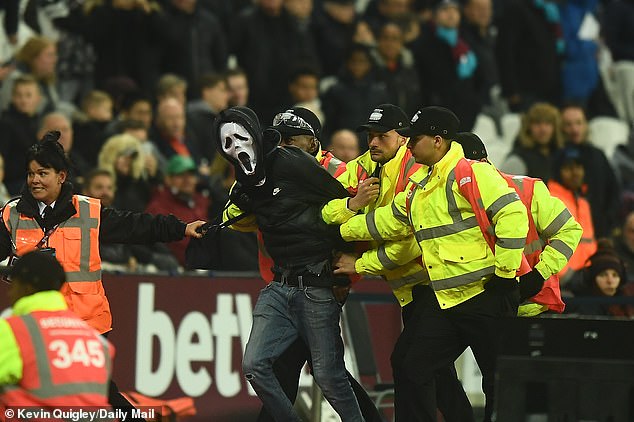 Another invader, wearing a Halloween mask, is hauled off the pitch by security on Wednesday

The second invader, wearing a Halloween mask, caused the second stoppage in the 90th minute. Both supporters will receive lifetime bans from West Ham.

Manager Manuel Pellegrini said afterwards: ‘Those things aren’t for football. One of the most important things of the Premier League is how it is organised. It is not good for football.’

The LLDC are responsible for security and stewarding inside the London Stadium.

This comes less than a year after the high-profile incidents which marred the Hammers’ Premier League game against Burnley last season, when there were four separate pitch invasions.

After those shambolic scenes, London Stadium stewards started to wear football boots, seemingly to help them chase anyone who managed to get on to the field. 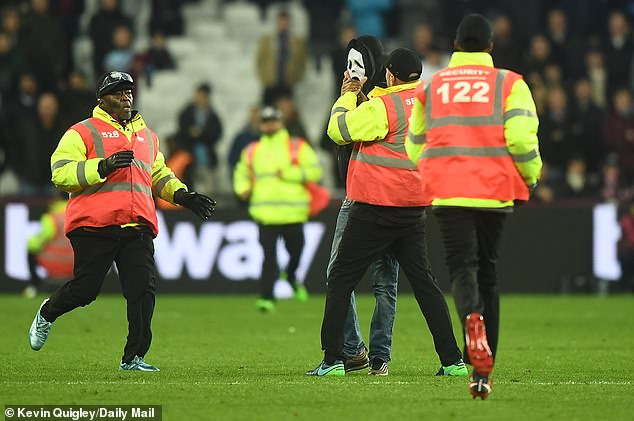 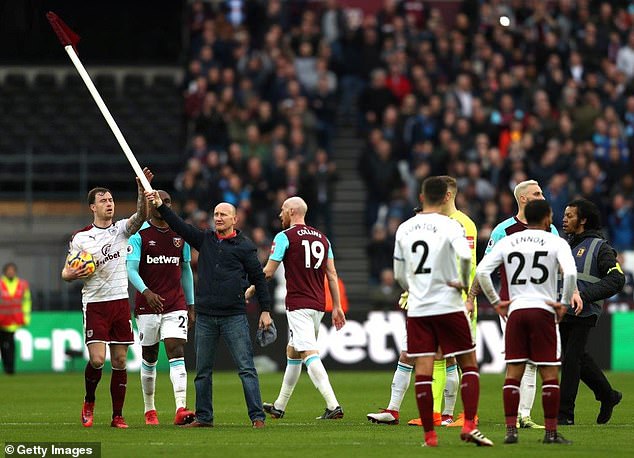