Mark Noble was back on the West Ham bus, parked adjacent to the stand where their supporters had watched on bleakly, only 11 minutes after full time.

It is fair to assume not a great deal was said in the dressing room. Noble, who suffered a twisted ankle, looked downtrodden rather than shell-shocked and this performance came as no great surprise.

West Ham were abject again, now winless in six league games and heading for a relegation battle on current form. Manuel Lanzini went off on a stretcher with a suspected dislocated collarbone and goalkeeper Roberto is a walking calamity. 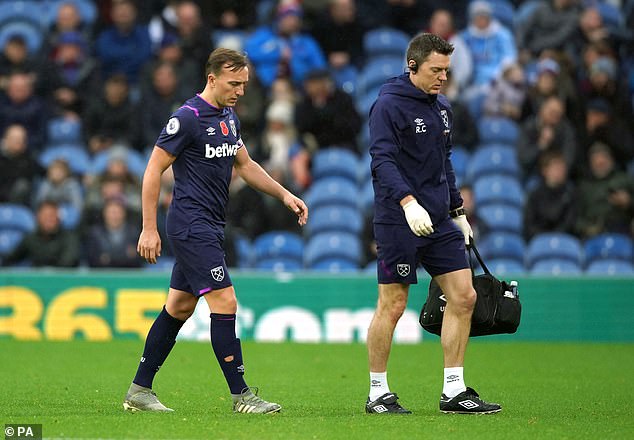 Manuel Pellegrini is struggling to get hold of his squad, despite lavishing £70million in the summer.

‘It’s hard to put it down to one thing,’ said Declan Rice. ‘We train really hard and week after week we keep our heads up and are positive. Then it gets to the game, we go 1-0 down and our heads drop.

‘We need to get back to the basics of football. We’re not doing the basics properly, the simple five-yard passes, the tackling. Eleven players win you games, you don’t win games with one or two players. Everyone has to be at it from the start. We were bullied all over the pitch.’ 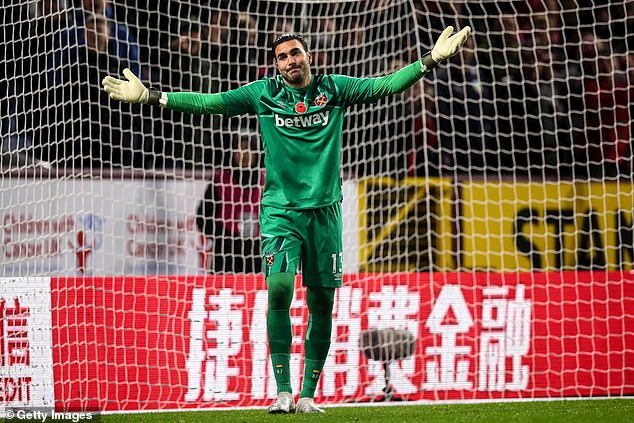 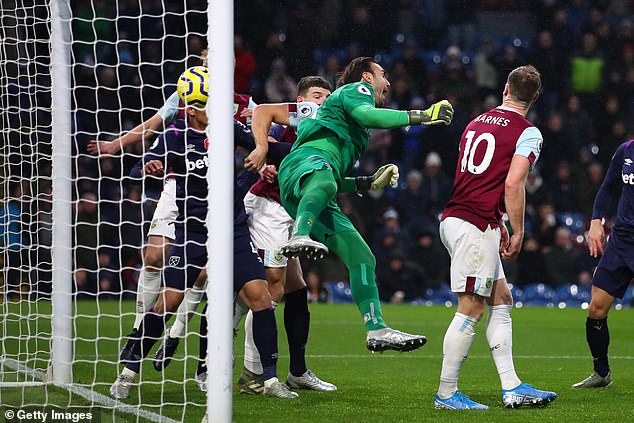 That does a disservice to Burnley, who responded emphatically to a miserable defeat at Sheffield United. Ashley Barnes scored his first goal since August and Chris Wood added a second, but 19-year-old Dwight McNeil again shone brightest.

‘He’s incredible. He keeps doing it week in, week out,’ Barnes said. ‘He’s our youngest player, but when he pulls on that shirt, he gives his all.’

Sean Dyche added: ‘He is quite quiet and humble. It has been a tough week for him and I told him I would kick him somewhere if he didn’t smile more.

‘He was disappointed in last week and it affects you more when you are young. It really hurts you when you have a bad day and he looked like that. But I reminded him, simply, to smile more because he is a professional footballer playing in the Premier League and doing a fantastic job.’