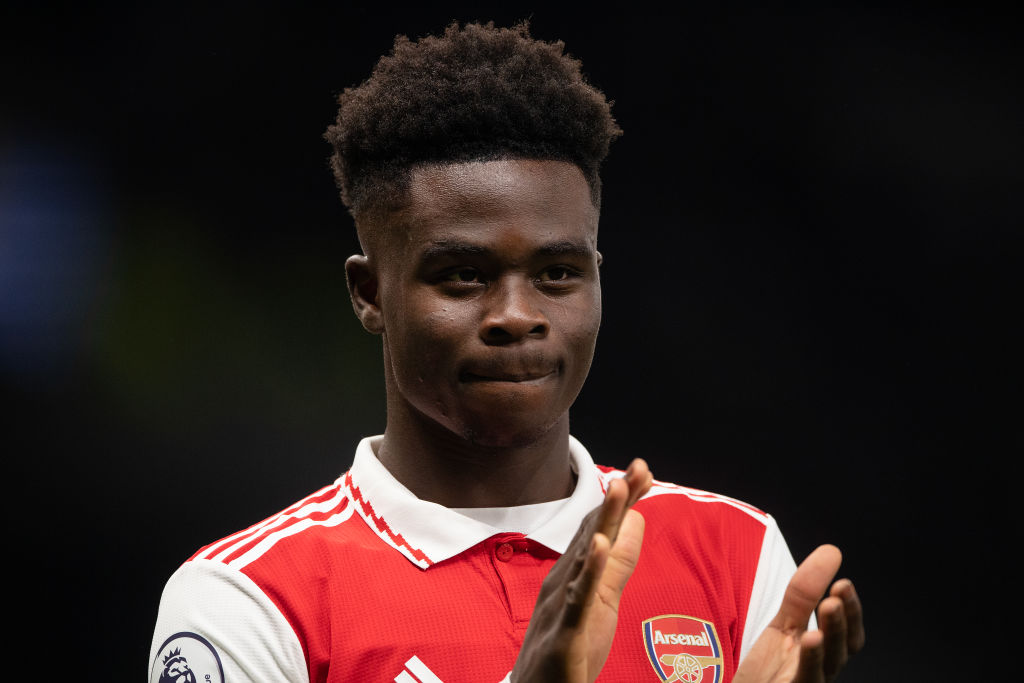 The 21-year-old is already one of Arsenal’s most important players and he has seven goals in 25 appearances for the table-topping Gunners this term.

Saka will be looking to extend Arsenal’s lead at the top of the table when Manchester United visit the Emirates this afternoon.

The England international is Arsenal’s biggest threat to United and the Gunners are desperately trying to tie the winger down to a new deal at the club.

Saka has 18 months to run on his existing contract, and he’s been linked with a move to Manchester City and Liverpool.

But Keane says the winger could aim even higher, saying he could play for any club in Europe – including Real Madrid.

‘For such a young player he’s already had a lot of experience,’ Keane told SkySports.

‘He’s already got his hands on a trophy in the FA Cup, he’s had a big disappointment with England in terms of missing the penalty [in the European Championships final]. He got a lot of criticism for that but he bounced back well, which shows you good signs.

‘The key for the player himself is that he looks like he goes out and enjoys the game. He looks like a really nice lad away from the game which always helps but when he’s playing, he can beat a man.