Manchester City will face Brighton and Hove Albion on Wednesday, knowing that a win will close the gap on league leaders Liverpool. Brighton go into the game having not won a league match since their 2-1 win over Aston Villa in November.

City are the form team in the Premier League at the moment, having just beaten Chelsea at Stamford Bridge.

The Citizens have also recently won matches against Manchester United and Arsenal in the Carabao Cup.

City have won all six of their Premier League meetings against Brighton.

The Seagulls have scored just two goals during those matches, and they now come up against the best defence in the league this season. 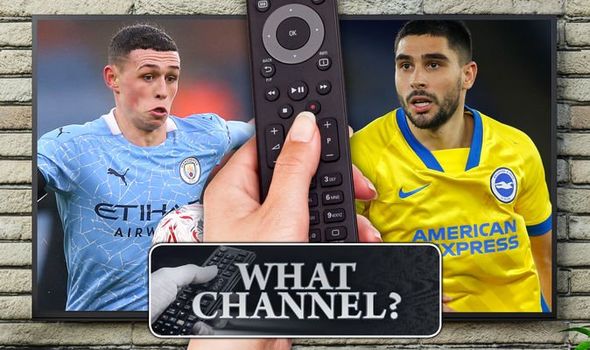 Pep Guardiola will be without Sergio Aguero once again on Wednesday, after the striker started self-isolating.

Ferran Torres, Tommy Doyle and Eric Garcia have also been ruled out after testing positive for Covid.

Centre-back Aymeric Laporte had his first training session on Saturday after picking up a thigh injury, but he isn’t expected to be available for the Brighton clash.

Adam Lallana might be back in the squad after a brief illness. 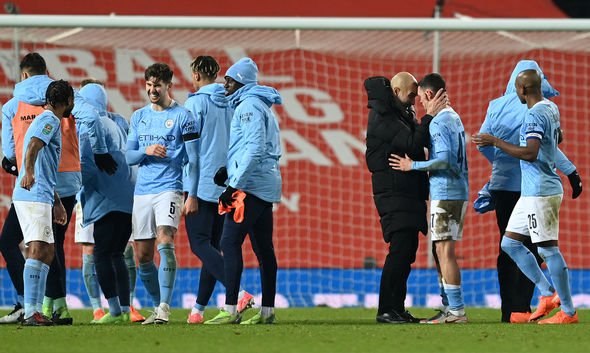 What time does Man City vs Brighton kick off?

The Premier League match kicks off at 6pm GMT on Wednesday, January 13.

What TV channel Man City vs Brighton on?

The match will be shown live on BT Sport 1 and BT Sport 1HD in the UK, with coverage starting at 5.30pm

How to live stream Man City vs Brighton

Additional streaming is available on the BT Sport website.

City boss Guardiola said: “Unfortunately, [Aguero] was in contact with a person who is positive. So he isolates for a few days.

“He is negative and he is negative now too, but the protocol says if we have been in contact we have to isolate. He could not play today.”

Brighton boss Potter said: “I am pleased for Jason [Steele] because he has been fantastic for us [after Brighton beat Newport County in the FA Cup].

“He has supported the players when he’s not been in the team and he will be disappointed with the goal but overall, I thought he did really well.”

Juventus 'to offer Rugani and Bernardeschi to Wolves in Jimenez deal'