Manchester United boss Ole Gunnar Solskjaer is growing annoyed at Ed Woodward not landing his transfer targets so far this summer, reports claim. The Norwegian has captured Donny van de Beek but wants Jadon Sancho and another centre-back. But time is trickling out.

Manchester United signed Van de Beek earlier in the month, with the midfielder arriving from Ajax in a £40million deal.

However, the Red Devils risk falling behind the Premier League elite with their rivals all strengthening around them.

Arsenal have been active, too, with Pablo Mari, Gabriel Magalhaes and Willian all uprooting to north London. Houssem Aouar could follow as well.

And Tottenham are poised to land Gareth Bale and Sergio Reguilon, having already secured the signings of Pierre-Emile Hojbjerg and Matt Doherty from Southampton and Wolves respectively.

United fans are growing frustrated, taking to social media to express their anger. 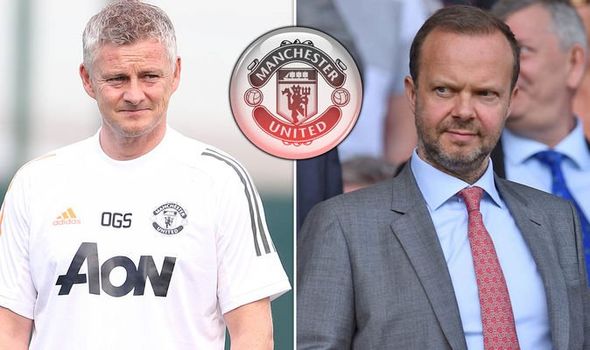 And ESPN say that while Solskjaer is accepting of the transfer landscape amid the coronavirus crisis, he’s ‘growing annoyed’ at Woodward for failing to deliver his top targets.

It’s an open secret that United want to sign Sancho from Borussia Dortmund.

They recently made progress when it comes to agent fees but still have to negotiate a fee with the Bundesliga giants, who want £108m to let their prized asset go.

United don’t want to shatter any transfer records throughout the pandemic, mindful of the message that would send out when so many are struggling across the globe. 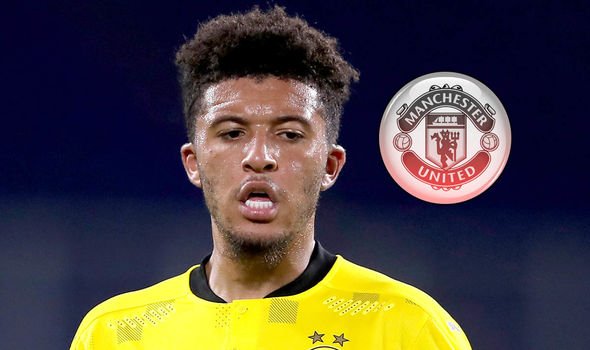 He’s a particular big fan of RB Leipzig star Dayot Upamecano, who impressed as his side reached the semi-finals of the Champions League.

But United may have to sell before they buy and they’re scrambling to find suitors for Chris Smalling, Marcos Rojo and Phil Jones at the current moment in time.

Solskjaer has put a brave face on in public, saying recently: “You just have to go day by day, making sure you develop and improve.

“We have a vision of where we want to get to but know so many things can come in the way. I believe in seeing how the team and club develops.

“We are developing team, a year or so into our rebuild. We had to make some decisions last summer and throughout the season we have seen how this team is getting better and getting used to each other.”

He then added: “We are looking forward to it but it has come around so quickly from last season.

“The preparation is very different to what we normally have and we have to take our Europa League games as pre-season.

“I’d rather be an optimist and be wrong than be a pessimist and be right. I did think we would qualify for the Champions League but I was hoping for a trophy along the way as well.

“It is never easy to have too many new players in the team, it takes time for players to gel into a unit.

“We have seen some clubs go for the quick fix and some have trust in the process. We have to improve and get results but adding players with different qualities than we have.”