In a corridor deep within St James’ Park, Rafa Benitez was coughing, sniffling and patting his chest to finish a sentence.

He was largely overtalked by two noisy television crew members who were finishing their days work as he attempted to explain why the search was on ‘to find three teams worse than us.’

Pitchside, Jamaal Lascelles, an intense young man, was having once more to go through the process of finding the spirit and answers to come through a football club’s latest crisis.

Mike Ashley, the Newcastle United owner, had smiled when abusive songs were aimed in his direction at his return to St James’ Park for the first time in 18 months for a defeat against Leicester at the end of September. On Saturday afternoon, the smile was swapped for a stony face. Beside him managing director Lee Charnley had looked deeply concerned.

When Joselu, a forward who had been in Stoke’s reserves before moving to Newcastle, came on as a 74th minute substitute for Yoshinori Muto, the decision was jeered by significant sections of the home support.

It has been difficult not to feel sorry for Joselu at times, but then, in the 81st minute, and with Newcastle trailing, the ball bounced to him 30 yards from goal and he attempted the most outrageous and unlikely half volley, which skewed so far wide it struck a corner flag.

Some fans left the stadium then.

Alan Shearer, with 206 goals for his hometown club in what now feels like a bygone era, was told on Match of the Day that he was still needed by Danny Murphy and he replied that his knees were knackered. Malcolm Macdonald, a swashbuckling centre forward who scored 138 goals for Newcastle, winced in the press box as he watched Muto give the ball away in a move that led to the corner (incorrectly given) which created the game’s only goal, a twice deflected shot from Jose Izquierdo, that last struck Beram Kayal before passing the wrong-footed Martin Dubravka.

Newcastle, who had 27 attempts on goal, have scored once, in injury-time, in their last three home games, through the central defender Ciaran Clark.

Salomon Rondon tentatively limped down those same press steps, around twenty minutes after the game had finished and a beaten looking set of supporters had bowed their heads and shuffled off down Barrack Road, to a bar, or home, to find solace and to find a reason as to why all this is happening again, or perhaps, why they still go.

Rondon will be 30 next year, which was why Newcastle would not sanction a deal that in total would have cost the club £40 million (£16.5 million fee plus wages). He eventually arrived on loan, too late for Benitez’s liking and looked unfit. To complete the deal, Dwight Gayle went to West Bromwich Albion in exchange.

Rondon has yet to score a league goal and looks unlikely to play this month because of a thigh injury. Gayle has scored eight times for his new club and his pace has been sorely missed at his parent club.

There was a need to flick through the history books, late on Saturday night, to find something comparable to Newcastle’s miserable form. Only at the start of the 1898/99 season did those in black and white start a league season and fail to win any of the first nine games. That team had drawn three by this stage, unlike the two draws the current team have mustered.

That team went on a run from January 21st in which they won seven and drew one of 11 games and finished 13th in a top flight of 18 teams. There was no need for the transfer window back then to alter the direction of a football club, as there is now, but experienced players will still be too old for the owner and young players will still be too inexperienced for the manager, when we go into 2019, unless there is a major policy change. 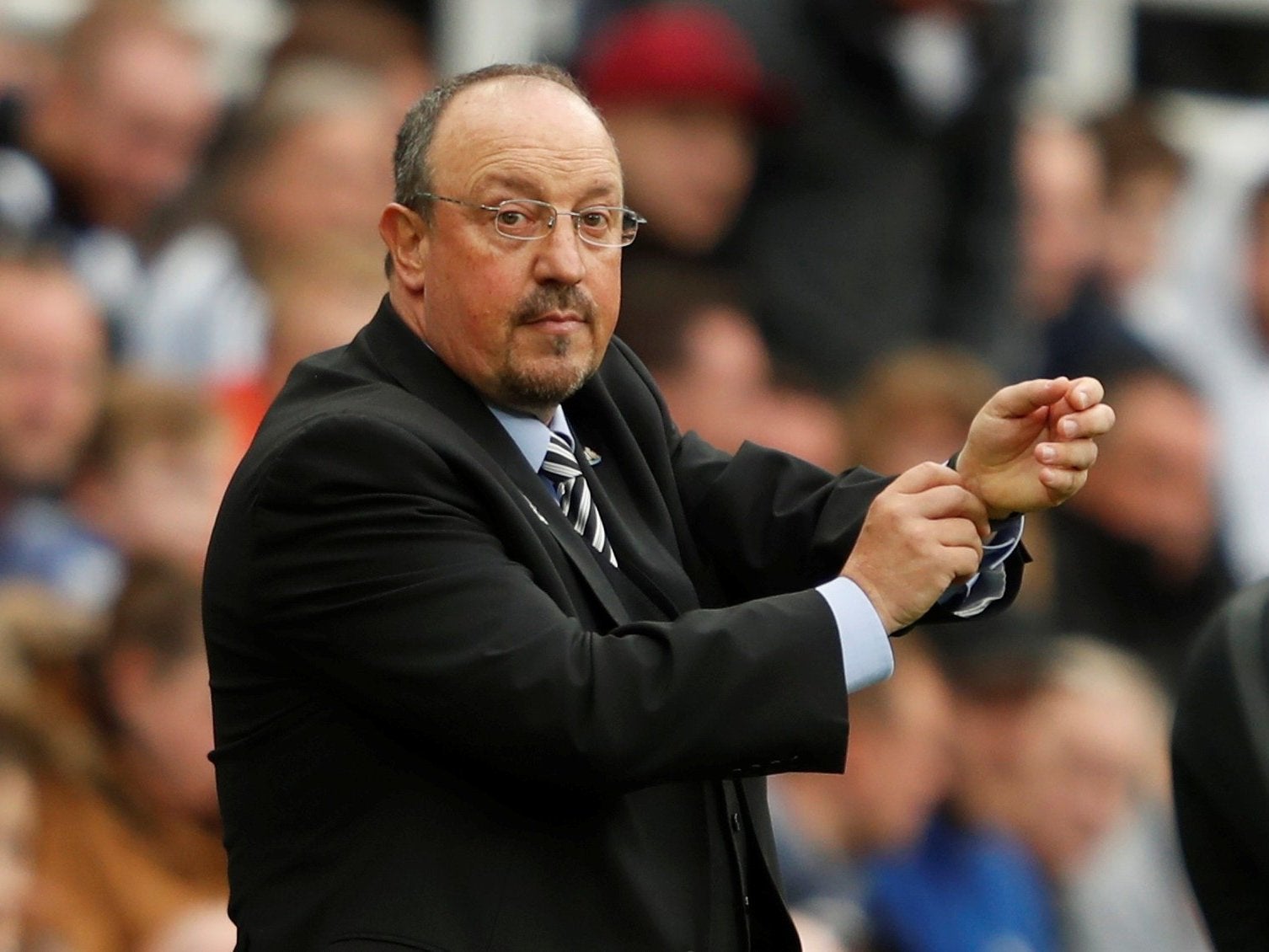 It is an increasingly forlorn city and Benitez, battling with a cold, said fairly tersely, in that corridor, where technicians were heard over the manager: “We’ll just carry on trying to win games and try to find three teams worse than us.”

Lascelles, who was appalled at the dressing room indifference he found in 2016, talked with and of more spirit.

“We’re way off that season where we got relegated,” he said. “There aren’t players here now who aren’t bothered. I don’t think anyone in the stadium can question the manager. He wants us to play a certain way and if we can’t do that as players, it’s down to us.

“The gaffer can only deal with what he’s got. As players we’ve got to take responsibility ourselves. We’ll keep going. It will change.”

It was a voice of optimism, a rare one.

Can you recognise these iconic players from their TERRIBLE statues?