Rivaldo has revealed he spoke privately to Arsenal’s Gabriel Jesus to help motivate the striker after he scored in a 4-0 friendly win over Chelsea. The former Brazil star heaped praise on his compatriot after a stellar display and has backed the striker to get firing for the Gunners as they prepare for their Premier League curtain-raiser on Friday.

Jesus moved to the Emirates in June from Manchester City in a £45million deal, making him Arsenal’s most expensive signing this summer. In doing so, it ended Mikel Arteta’s frustrating search for a new No 9 after Alexandre Lacazette and Pierre-Emerick Aubameyang both left.

The 25-year-old is expected to be the starting striker this season ahead of Eddie Nketiah, which gives the striker an opportunity to make the position his own after struggling to nail down a regular starting spot at Man City.

He has made an impressive start to his career with the north London outfit, scoring four goals in pre-season including a delightful chip against Chelsea. After the match, Rivaldo was spotted engaging in a private chat with Jesus — and the 46-year-old has lifted the lid on what he told him. 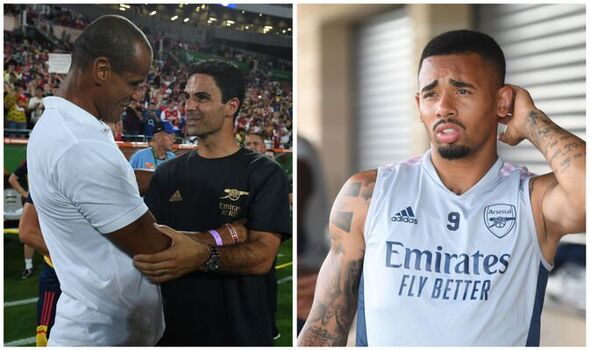 “After moving from Man City to Arsenal, the best thing that could happen for Gabriel Jesus was starting strongly with his new club,” Rivaldo told Betfair.

“That’s exactly what’s happened with Jesus scoring and assisting a lot in the pre-season, proving that he signed with the club to become one of its stars and a regular starter. This good start is crucial for his confidence.

“I spoke with Jesus after the Chelsea match, wishing him the best in this new phase of his career, praising his qualities as a player, and asking him to keep focused to start the new season very strongly.” 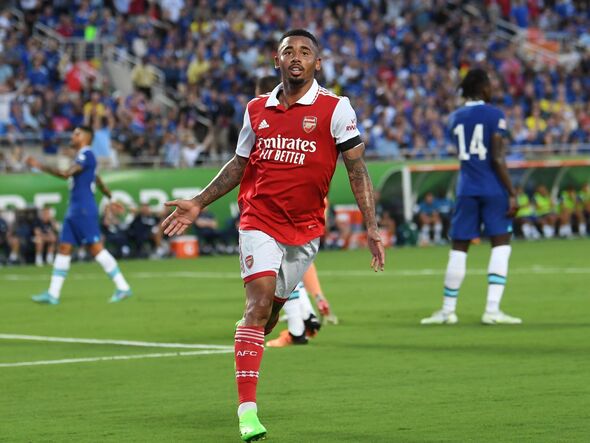 Jesus will be hoping his club career takes off with Arsenal as Arteta’s side aim to finish in the top four this season, following a £120m spending spree that has seen them sign Fabio Vieira, Oleksandr Zinchenko, Matt Turner and Marquinhos.

And Rivaldo believes that his move was the right decision ahead of the 2022 World Cup in Qatar, which begins in November, adding that he hopes that Jesus finds his feet early on to prove to Selecao coach Tite that he deserves a place in the squad.

“How he starts at the club will probably be crucial to his success with the Brazilian national team at the World Cup,” he added.

“I can only hope that he produces the goods for the Gunners early on — starting when Arsenal go to Crystal Palace next Friday — and heads to Qatar in top form, as Brazil’s bid to win a sixth World Cup.”