Federico Macheda bursts out laughing when reminded that he will turn 30 this summer. ‘I still think I’m 17!’ he says at his home in the seaside town of Voula, south of Athens.

Many Manchester United fans see him that way, too. As a teenager immortalised on an April day in 2009, spinning to score the decisive goal in a 3-2 comeback win over Aston Villa and hand United a crucial advantage in the title race with Liverpool.

Who would have thought it would take 12 years for the two rivals to go head to head at the top again, as Ole Gunnar Solskjaer’s side visit Anfield on Sunday? 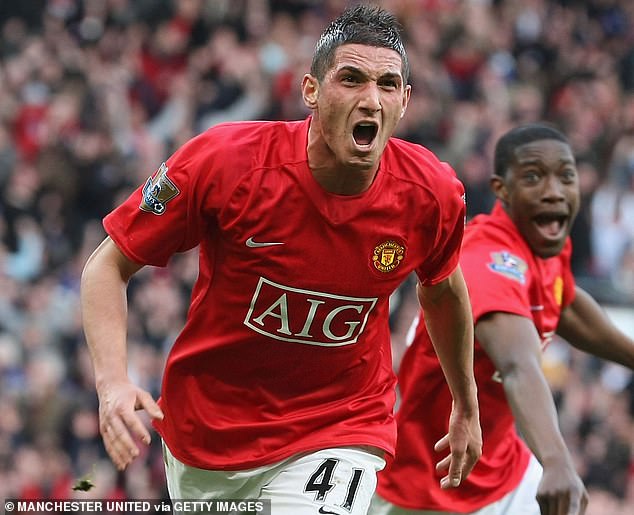 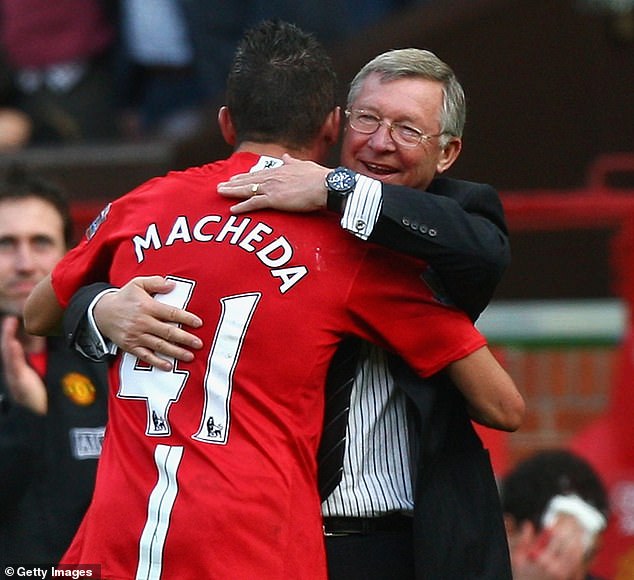 Macheda etched his named into United folklore, and is still taking calls from Sir Alex Ferguson 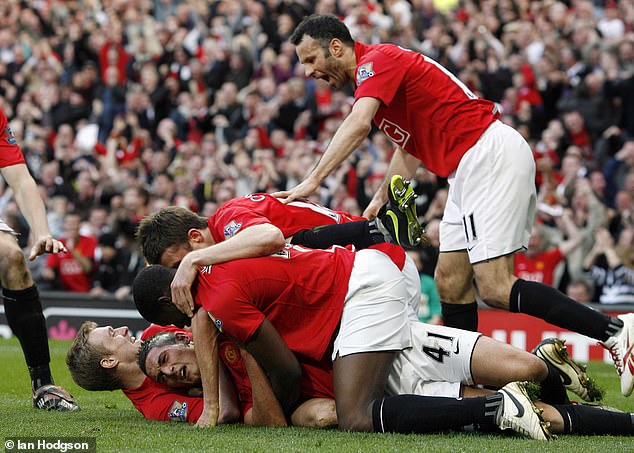 ‘It’s surprising because United used to fight for the title every year when Sir Alex Ferguson was there,’ said Macheda. ‘But they are coming back strong with a fresh young team and a great manager in Ole, so it will be a good one on Sunday. With the mentality they have, United can go all the way. It’s about time they were up there again.’

Macheda’s entrance into United folklore is well documented. He is the practically unknown Italian striker who was named on the bench against Villa and became an overnight cult hero. The only person who saw it coming was Macheda himself.

‘The day before, I was talking with my friends in Rome and I told them that something was going to happen,’ he recalled.

‘I told them I was going to play and make Old Trafford explode. It was crazy. I went into the game very confident and something even more magical happened. It was better than I expected.

‘I hadn’t paid a lot of attention to the title race. Then when you score the winning goal, you start to understand how important it is. It’s the biggest rivalry. Over the coming weeks I understood Sir Alex didn’t want to lose the title to Liverpool.’ 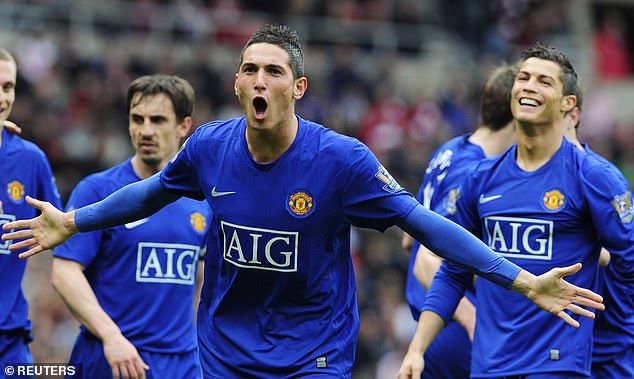 Macheda’s father has put his shirt from that day on the wall at the family home in Italy, along with a framed photo of the goal. Federico still sees the video clip from time to time.

‘The first week or two I watched it quite a lot!’ said Macheda, who scored another winner at Sunderland a week later.

‘Even now sometimes I get tagged on Instagram. The effect is not as good as before but it’s always a pleasure to watch.’

What happened next is not quite so memorable. Macheda got a new contract but his United career fizzled out. ‘Yes, for sure, I think I could have done more,’ he said.

‘I was working in an amazing team and I feel I let myself down. The whole picture, not just one thing. The way of playing, looking after my body, my life.

‘The way of thinking, because when you don’t play you have to fight and I was finding excuses. I had the wrong reaction and I wasn’t working as hard as I should have done. 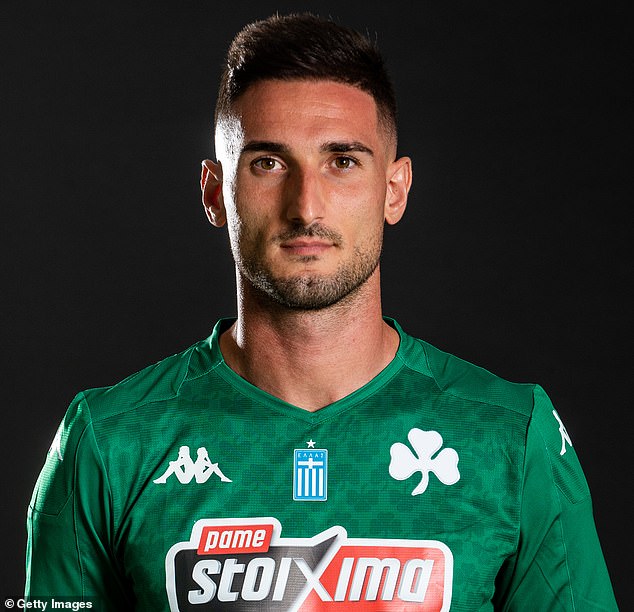 After spells at Nottingham Forest and Novara, Macheda has found stability at Panathinaikos

‘When you’re young, you don’t understand many things. If I had the mentality I have now, things could have been much different for me.’

A series of loan moves followed, starting with an unhappy return to Italy with Sampdoria.

‘Those six months marred my career because they tried to kill me as a footballer. I started to doubt myself a little bit,’ said Macheda. ‘We were fighting relegation and being attacked by people. They thought because I was from Manchester United I was going to save them, but I wasn’t ready. I was still a young guy. It wasn’t working and I wasn’t the one to make it work.’

Next stop QPR, then Stuttgart, Doncaster Rovers — ‘it wasn’t the best place but I really enjoyed it’ — and Birmingham City. Macheda finally left Old Trafford to join Solskjaer at Cardiff City but his old United reserve-team boss was sacked months later.

‘It was sad,’ said Macheda. ‘But he’s proving a lot of people wrong now. He’s showing that he can be the man.

‘Personally, I knew it because when you work with him he’s the kind of person you want to follow.’ 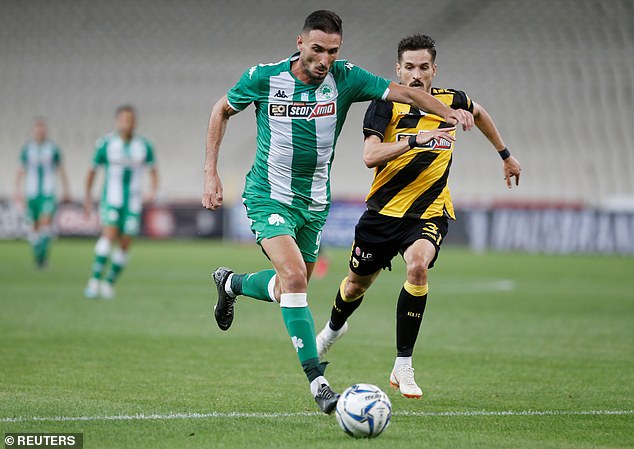 After spells at Nottingham Forest and Novara, Macheda has found a degree of stability at Panathinaikos. He is in his third season at the Greek club and has scored 28 goals.

‘It was the right club,’ said Macheda, who is enjoying the lifestyle with his wife Martina and their four-year-old son Lorenzo.

‘A huge club with a great history. They needed me because they weren’t in perfect condition and we were looking for the same thing. It’s turned out to be a good move.’

Macheda woke up to a surprise phone call from Ferguson a year ago, just checking on his progress. So has the man who lived the boyhood dream met expectations?

‘It hasn’t been as good as I had hoped but I’ve learned a lot,’ he replied candidly.

‘I’ve overcome a lot of things in my career. Of course, I wish it could have gone another way, with the way it started and the way it was going. I was very down and I managed to turn things around and that isn’t easy in football, especially after the path I’ve had. But if I could go back, I wouldn’t swap. I wouldn’t change that moment. Maybe it came too soon, but it’s something that every United fan will remember.’