Each week throughout the 2020-21 season, Sportsmail brings you a Power Rankings table, listing the top 10 hottest players in the Premier League.

As the stories of the season unravel, the rankings will provide a form guide with players moving in and out of the top 10 depending on both their performances in the previous fixtures and also in recent weeks.

Liverpool’s hopes of saving their season following a poor title defence by attempting to qualify for the Champions League were significantly boosted with a commanding 3-0 win at Arsenal, while runaway Premier League leaders Manchester City triumphed 2-0 at Leicester City.

Manchester United came from behind to defeat Brighton 2-1, while Harry Kane’s brace could not prevent Tottenham from stumbling at Newcastle, before Jesse Lingard inspired West Ham to move into fourth after an impressive win at Wolverhampton Wanderers on Monday.

There were many excellent individual performances once again – but which players from last week’s list will drop out and who will come out on top this time around?

Leeds’ first season back in the Premier League after 17 years away is expected to end as good as they could have hoped for with a solid mid-table finish.

There have been a number of stand out stars to help achieve that but on a consistent basis Raphinha has been one of their major success stories following his October arrival from Rennes.

Not only has he been versatile, featuring on either side of Marcelo Bielsa’s attacking flanks, but he has constantly chipped in with goal contributions too.

In the 2-1 victory over Sheffield United he squared for Jack Harrison to net the opener, his sixth assist of the season, in a now typically lively showing. 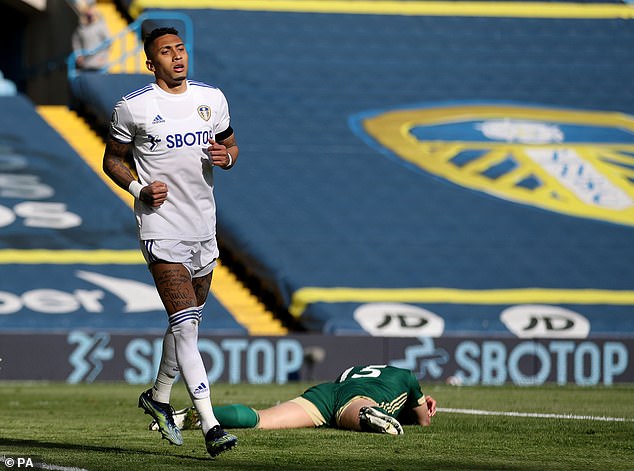 The international break came at a bad time for the Leicester striker, who had scored five goals in his previous three games before facing former side Manchester City.

But given City’s runaway form this term, Iheanacho was always likely to face a tough Saturday evening trying to add to his total at the King Power Stadium.

With Pep Guardiola’s side running out comfortable 2-0 winners, the Foxes were only restricted to two shots on target and Iheanacho was replaced by James Maddison with 18 minutes to play.

He slips down the rankings as a result, but his sensational form before the international break keeps him inside the top 10. 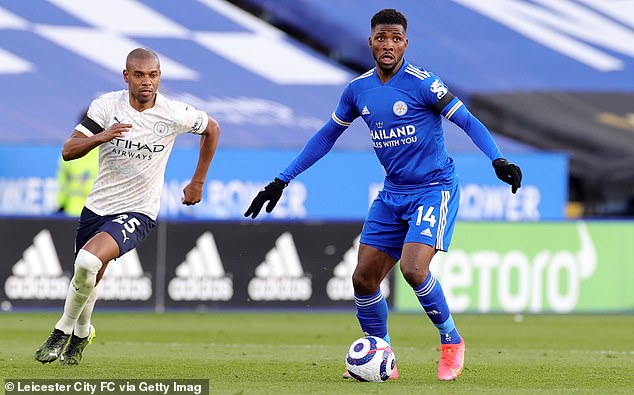 Liverpool’s season may have gone off the rails in their poor attempt to defend the Premier League title, but it won’t be down to at least one of their major summer signings’ impact on the pitch.

While Diogo Jota has missed nearly half of the season due to a knee injury he picked up in December, the forward has arguably exceeded expectations when he has played to the point where had been preferred to Roberto Firmino in the starting XI.

Before the international break he was starting to find his groove again after netting against Wolves, the club he left at the start of the season, and he grabbed another two goals at Arsenal on Sunday. 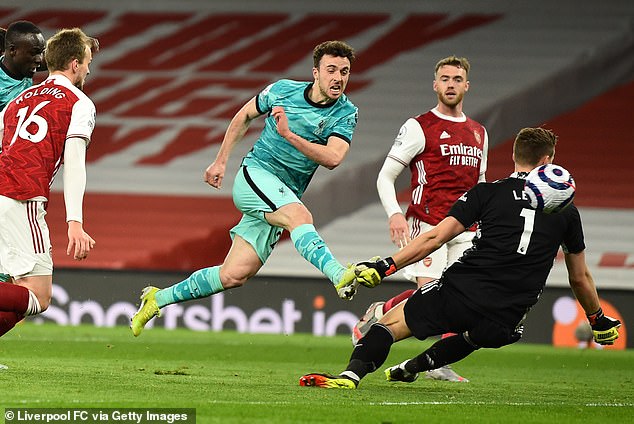 He only played around half-an-hour at the Emirates Stadium too, grabbing the opener by heading home a Trent Alexander-Arnold cross just three minutes after coming on before adding the third goal in a 3-0 win eight minutes from time.

Before facing West Bromwich Albion, Chelsea had not conceded in their previous eight games where Andreas Christensen had featured in their defence.

The Dane looked like he would be given Saturday afternoon off when he was named as a substitute to help manage his minutes following the international break.

But he was soon called upon when he was thrown on to replace Hakim Ziyech after Thiago Silva had been sent off around 15 minutes before the end of the first half. 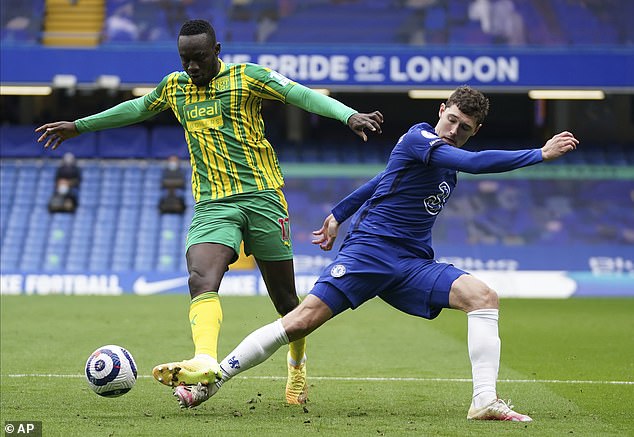 At first it looked like the Blues were coping well with a 1-0 lead, but after conceding twice in first half stoppage time, Christensen was then part of a backline that allowed another three goals to fly past in the second period.

An awful afternoon all-round for the Blues as their 14-match unbeaten run came to an end, with Christensen hoping his role in the defeat is just a one-off rather than a downturn in form.

There is a lot wrong down at Tottenham right now, very little of that though is due to their talisman Harry Kane.

While Spurs are in the habit of constantly throwing away leads, it’s Harry Kane’s goals that are getting them into that position in the first place.

The striker was on target twice on Sunday with two typically clinical efforts against Newcastle to help Jose Mourinho’s side come from behind to lead before the now almost inevitable late equaliser followed.

But Kane is thriving in the Spurs attack and not only is he the leading assist maker in the Premier League with 13, he is also now the top goalscorer with 19 strikes. 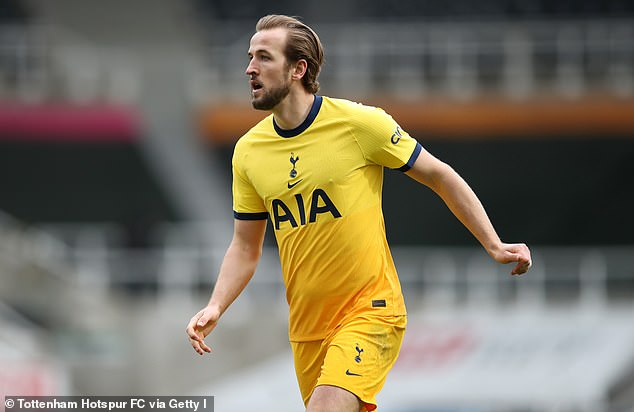 Another game, another clean sheet for Ederson who now has a season high 17 shut outs following Manchester City’s 2-0 win at Leicester.

That’s in a campaign where he has only conceded 20 goals, made just one error and even contributed at the other end of the field with an assist.

So slick is the City system under Pep Guardiola that attacks can quickly start with their goalkeeper whose distribution of the ball, especially long down the field, is second to none in the Premier League at least.

The Brazilian though is still short of his 20 clean sheets from the 2018-19 campaign, but with City going strong on four fronts and showing no sign of a decline in form, it’s a target you would bet on him eclipsing in the final seven league games. 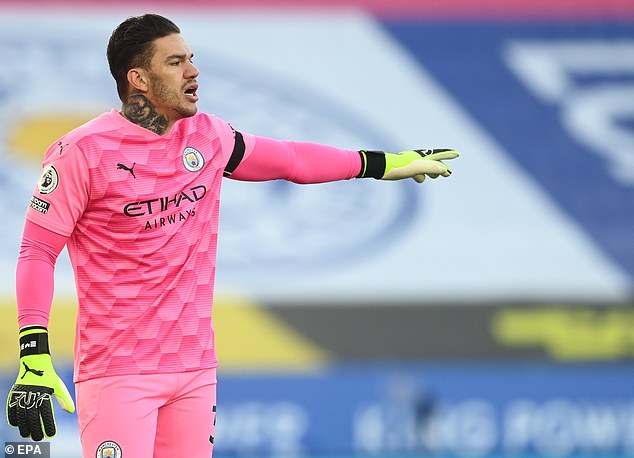 Manchester City picked up another clean sheet, the only problem for John Stones is that he was not playing!

His excellent form for the Premier League runaway leaders this term has earned him a recall to the England set-up under Gareth Southgate but it meant he was rested for City’s 2-0 victory at Leicester.

There is a good chance he will be restored to the side as fresh legs when Guardiola’s outfit take on Borussia Dortmund in the Champions League quarter-finals tonight.

That won’t help him in the Power Rankings though as he drops off top spot. 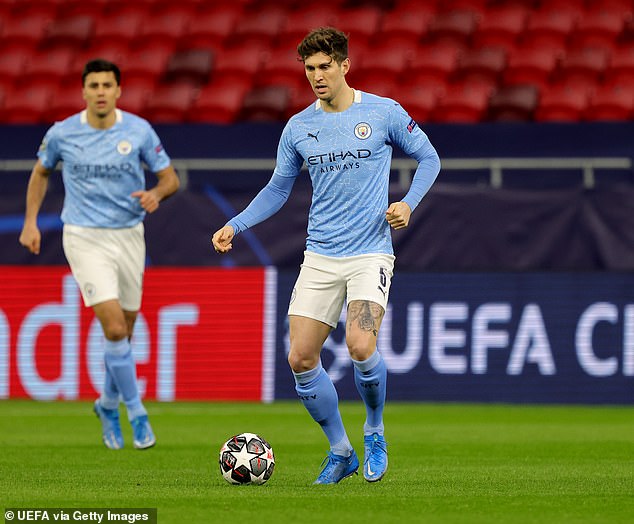 After making a welcome, and impressive, return to the England set-up over the international break, Shaw has continued his fine form in the United back four.

While he did not directly contribute towards any of United’s two goals in the 2-1 victory over Brighton, he was once again strong at left-back and the 25-year-old is enjoying an excellent campaign under Ole Gunnar Solskjaer.

Shaw has in the past been accused of not having his full focus on his career and allowing it to drift but he is now a highly important player in the United set-up. 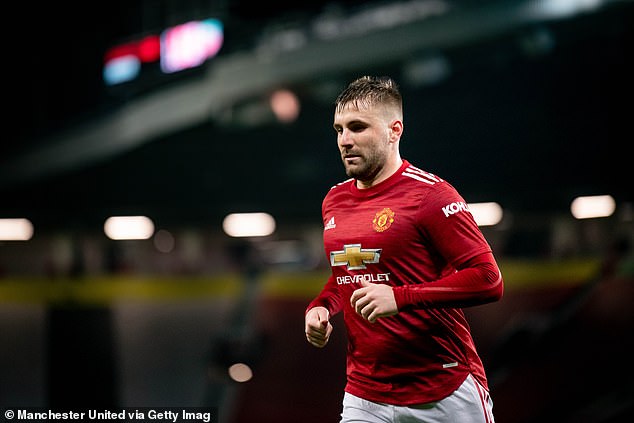 He will be key to the Red Devils if they are to end their four-year trophy drought come the end of the campaign.

Were it not for having to miss out last time out against Manchester United due to being ineligible as part of his loan deal from Old Trafford, Lingard would probably have come out on top this week in the rankings.

Even then he was very close to topping the pile following an utterly sensational performance in helping West Ham win 3-2 at Wolverhampton Wanderers on Monday.

After scoring the opener with a superb 60-yard run, he then provided the assist for West Ham’s third, but it was his role in the second goal that left many purring.

His deft flick at the corner flag to beat a defender before playing in ball to the box was the sign of a player with confidence topped to the brim, and it’s not surprise given he has produced 10 goal contributions in just eight games while on loan at the Hammers. 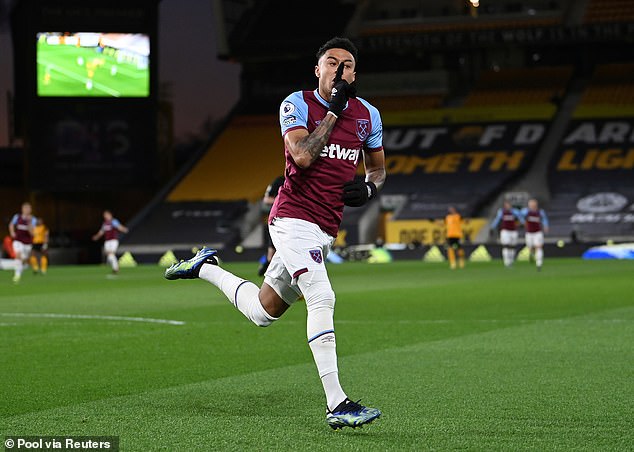 1. Bruno Fernandes (Manchester United – UP ONE)

Lingard though is just edged out by Manchester United’s Mr Reliable, who not for the first time this season came to their rescue against Brighton.

United were a goal down when the Portuguese midfielder set up Marcus Rashford to equalise, paving the way for Solskjaer’s outfit to then triumph 2-1 following Mason Greenwood’s late header.

His latest assist means only Kane has more than his 11 this season in the Premier League while only the Spurs striker and Mohamed Salah have more than his 16 goals.

But his consistency since arriving mid-way through the 2019-20 season has been remarkable, with no player contributing towards more goals than his 42 (24 goals, 18 assists). 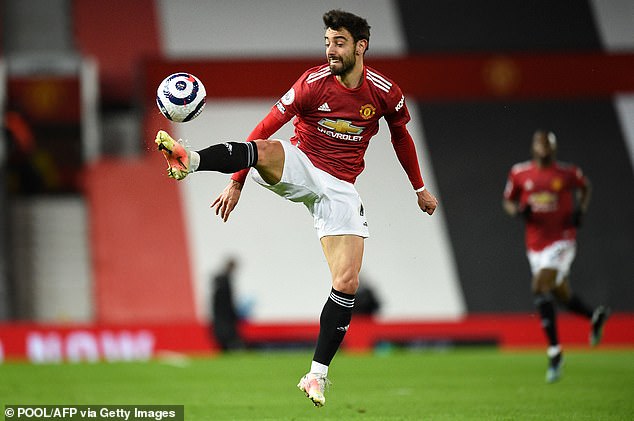 Christian Eriksen set to reject attempts to sell him in January