Manchester United have managed to secure Champions League football under Ole Gunnar Solskjaer next season but for all their progress, the squad still needs to be revamped.

The Red Devils have looked a much better side since the addition of Bruno Fernandes in January and the return of Paul Pogba from an ankle injury.

However, they lack the strength in depth of other top sides in European and could do with some top quality additions in key positions.

There are also a lot of players surplus to requirements at Old Trafford from past regimes as well as a number of young prospects who would benefit from loan moves. 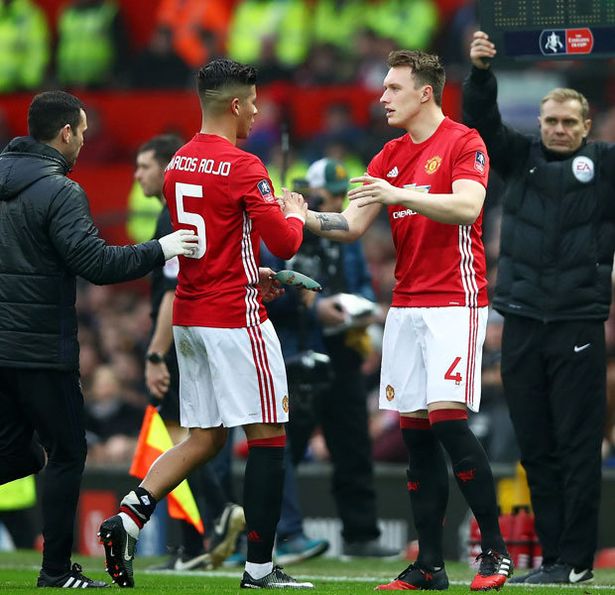 With David de Gea, Sergio Romero and Dean Henderson on United's books, it seems unlikely that Pereira has much of a long-term future at the club.

At 24, he should be looking for regular first team football and United should have no problem letting him go if an offer comes in.

Jones has fallen way down the pecking order at Old Trafford, having mustered just eight appearances in all competitions this season.

Just two of those have been in the Premier League and one of those saw him hooked at half-time after a disastrous display.

Although it has not worked for him with United, Jones is an experienced England international and, aged 28, could still be a good option for a number of Premier League sides if they make a move for him. Rojo's time at United also appears to be over after a six-year stay where he failed to replicate his displays at the 2014 World Cup which helped Argentina reach the final and prompted the club to sign him in the first place.

Injury problems have not helped him and a loan move to boyhood club Estudiantes in January has seen him make just one appearance before returning to Manchester.

He will surely be on the list of players Solskjaer is looking to sell but whether they can find a club willing to buy him is a different problem entirely.

Academy graduate Andreas Pereira has made 40 appearances in all competitions this season but as a creative midfielder, a return of four assists and two goals is simply not good enough.

The addition of Fernandes and Solskjaer hinting that Pogba is ready to commit his future to United will leave Pereira struggling for game time next season and, at 24, the time has come for him to move on. Smalling has spent the entire season on loan in Italy with AS Roma and appears keen to make that move permanent.

With Harry Maguire and Victor Lindelof ahead of him in the pecking order and a number of other defensive options still at the club, it makes sense for United to cash in on the 30-year-old.

Lingard has had a difficult season both on and off the field and it would be unfair to judge his worth to United off this year's returns.

That said, given his best role for the club is as an attacking midfielder, it seems unlikely that he will get many starts ahead of Fernandes next season and he needs to be playing regularly at 27.

With the Euros due to take place next summer and Lingard having not featured for England since last year's UEFA Nations League, a move away from Old Trafford could give him the platform to try and win back his spot in the squad. The goalkeeper situation at United has been a major source of debate this season after De Gea's error-laden season and Henderson's impressive debut top flight campaign at Sheffield United.

Whether the 23-year-old should become the club's number one next season is a difficult question to answer but a second season of Premier League football away from the pressures that come with being a Manchester United player would surely benefit Henderson.

Solskjaer has spoken multiple times of his faith in De Gea and appears set to give him another chance to return to his best while another loan spell at Bramall Lane or somewhere else beckons for Henderson.

Dalot's absence from Solskjaer's plans towards the end of the season has prompted speculation he will be on the way out this summer.

The Norwegian opted to play Timothy Fosu-Mensah ahead of Dalot in both full-back positions for league games against Crystal Palace and West Ham, despite Dalot being the obvious option.

However, a loan move to allow the 21-year-old regular first team football would be better, giving him the chance to either prove his worth to United or drive up his asking price next summer. Chong signed a new deal earlier this season and looks set to be shipped out on loan after comments from his agent Erkan Alkan.

"Mr. Solskjaer kept his promise from March and told Tahith that he can leave the club," he told Bild. "The boy really wants to go to Werder [Bremen].

"He wants to be part of the preparation as soon as possible so that he can quickly find his way around."

19-year-old midfielder James Garner is highly rated by United and is hoping for a loan move to play regular first team football.

He has been linked with a move to the Championship, with Bournemouth and Swansea City interested and both clubs would be good options.

Swansea are managed by former England under-17s boss Steve Cooper and the likes of Liverpool youngster Rhian Brewster and Chelsea pair Conor Gallagher and Marc Guehi have flourished under his tutelage, while Bournemouth's style of play should suit Garner. James burst onto the scene at the start of the season with three goals in his first four league games after a £15m move from Swansea but his displays have tailed off since, with the 22-year-old notching just one more goal in the Europa League.

He has been tipped for a loan move next summer after losing his starting spot to Mason Greenwood and if United make the additions they want in the transfer window then a move away for a season would make sense.

Sancho is United's top target this summer and would cost upwards of £100m from Borussia Dortmund.

Their director of football Michael Zorc has claimed Sancho is going to stay next season but the move could still happen and the winger would be an excellent addition.

He would complete a formidable front three alongside Marcus Rashford and Anthony Martial and allow Greenwood to return to his favoured position as a central striker.

It will all come down to whether United decide to meet Dortmund's asking price. The Red Devils have been heavily linked with both players over the past year and either would be a good signing.

Another quality creative midfielder is needed to support Fernandes and Grealish or Van de Beek would offer more than the current options of Pereira, Lingard and Juan Mata.

Maguire has formed a centre back partnership with Lindelof this season but the benefits of having a left-footed defender as part of a back four have been evident in recent years.

Aymeric Laporte has been excellent for Manchester City, while Mikel Arteta made signing a left-footer one of his main goals after taking over at Arsenal, eventually bringing in Pablo Mari.

Gabriel Magalhaes has been linked with United already this summer and could be the answer.

He is comfortable on the ball, good in the air, strong and, of course, left-footed but United will need to stave off interest from the likes of Arsenal to get the deal over the line.

Jonathan Leko: 'NO sorry from Leeds or Kika Casilla for racial abuse'