Liverpool have allowed goalkeeper Alisson to use Melwood despite closing down their West Derby training ground for at least two weeks. The Brazilian is stepping up his recovery from a hip injury and has therefore been granted access by Jurgen Klopp, who has told the rest of his squad to stay at home and isolate.

Alisson was ruled out of Liverpool’s win over Bournemouth with the problem, which also saw him sit out of the Champions League defeat to Atletico Madrid.

However, the £69million signing has now claimed he is stepping up his efforts to be fit for the return of the Premier League, which is now scheduled for April 30 at the earliest.

“The club’s orientation is that everyone stays at home,” Alisson said on Instagram while speaking about the important measures the club have put in place to prevent the spread of the virus.

“In my case it’s a little bit particular because I come [back] from an injury.

JUST IN: Liverpool may have finally found their Nabil Fekir who could save Jurgen Klopp millions 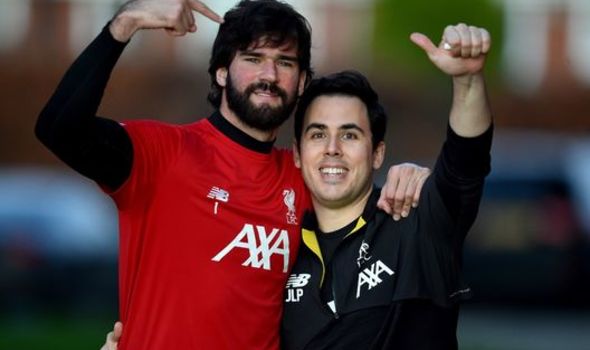 “Thank goodness, it wasn’t a very serious injury. But every injury needs care and I have continued the treatments at the training centre.

“I don’t have any contact with my teammates, as everyone is in their homes.”

Klopp earned praise from across the country last week after issuing a powerful statement to Liverpool’s supporters which relayed the important part football plays in wider society.

The German was seen shouting at his own supporters who tried to high-five the players before the defeat to Atletico and the Liverpool boss is continuing to ensure strict regulations are in place at Melwood, even when he is not there.

“The only contacts I have are with the physio and the goalkeeper trainer doing some specific rehabilitation work,” Alisson added.

“We also try to talk at a little at a distance. Besides them, I have no contact with anyone else.

“My routine is very defined. I leave the house, go to the training centre, finish the treatment, come home and stay at home in this moment of self isolation.”

On the same conditions as Alisson, the club have also allowed Xherdan Shaqiri, Nathaniel Clyne and Yasser Larouci use of the complex. 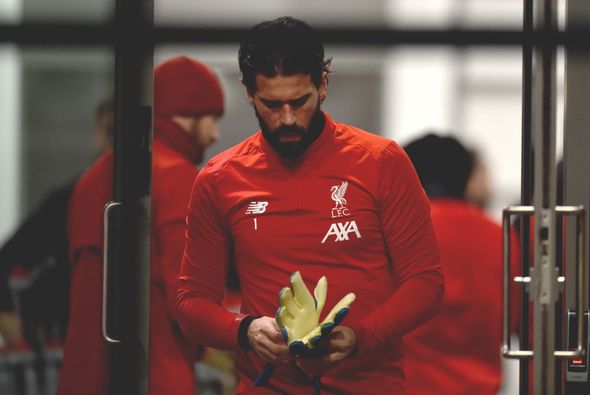 The four Liverpool players remain the only squad members inside the vicinity and are being assisted by fitness coaches.

Although football has taken a backseat for the time being, Alisson’s presence between the sticks was sorely missed in the 3-2 defeat to Atletico ten days ago.

It was his replacement Adrian who cost the Reds dearly, failing to clear a pass-back before Marcos Llorente struck a crucial away goal for the Spaniards in extra-time.

In recent months, Klopp has made it known just how much he cherished his No 1 who has earned them a number of points this season.

“As a goalkeeper we knew what we would get. Yes he made steps, which is normal. As a person he has exceeded the expectation, he is an outstanding guy,” Klopp said of Alisson in January.

“We have a lot of really good guys but he is a very special person and that’s great from that point of view.

“His character, how calm he is, helps us a lot. His goalkeeper techniques improve and improve, making difficult things look easy but he has to stay like this.

“As a goalkeeper you make a mistake and the ball is in the goal, that is the life of a goalkeeper.