Georginio Wijnaldum reveals Liverpool’s stars urged each other not to go ‘crazy’ after being pegged back by Aston Villa’s kids in the FA Cup before going on to win 4-1.

The Reds faced a Villa team made up entirely of academy players after a Covid outbreak forced the entire first team and coaches into isolation.

After Sadio Mane’s opener, Liverpool’s experienced stars were left stunned when 17-year-old Louie Barry raced through to coolly bring the young debutants level at half time. 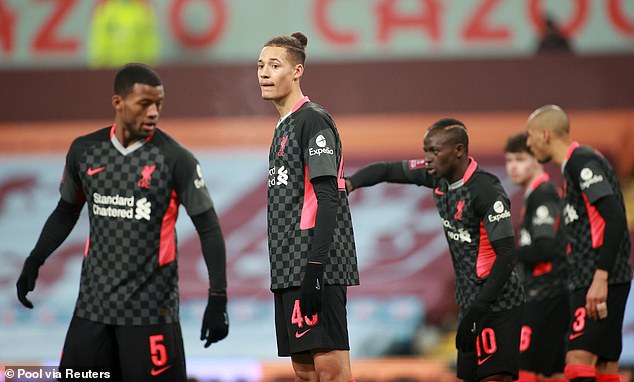 After being at 1-1 against the team of teenagers, many of whom had been dropped to Villa Park by their parents, Wijnaldum revealed the Liverpool players had to make sure they didn’t lose their heads in the dressing room at the break.

‘We stayed calm and we stayed calm in the dressing room,’ he told the club’s website, ‘We said we shouldn’t go crazy and shouldn’t lose confidence because for the first half an hour we did quite well and created chances but we didn’t score them.

‘After that the counter-press was not that good so I think it was a deserved goal from them because we didn’t defend it well. 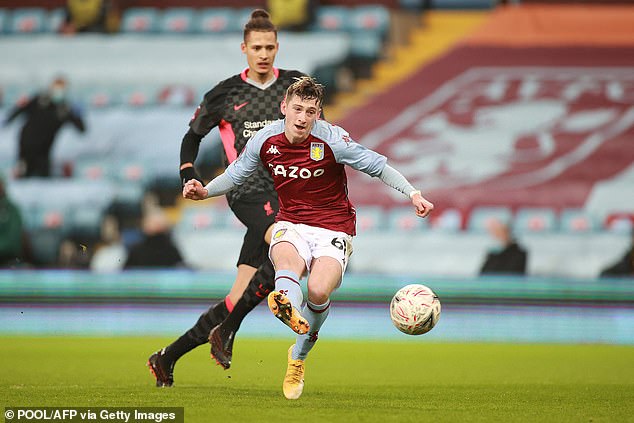 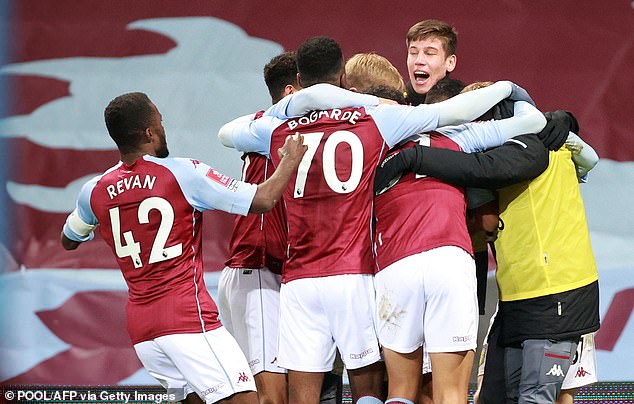 The young stars, all of whom were making their debuts, held Reds to a 1-1 score for an hour

‘That’s what you get in football, because when you don’t defend well then the other team, especially with their quality, can create chances and that’s what happened and they scored a goal.

‘There’s a lot of things that can happen against any team so that’s what we said at half-time and we just changed a few things around.’

Villa’s kids held the English champions for an hour, before a quickfire treble, the first of which by the Dutch midfielder, put the game out of sight.

After surviving the scare, Wijnaldum said Jugen Klopp’s men have their sights on going all the way in the FA Cup, a trophy which has alluded them during the German’s tenure. 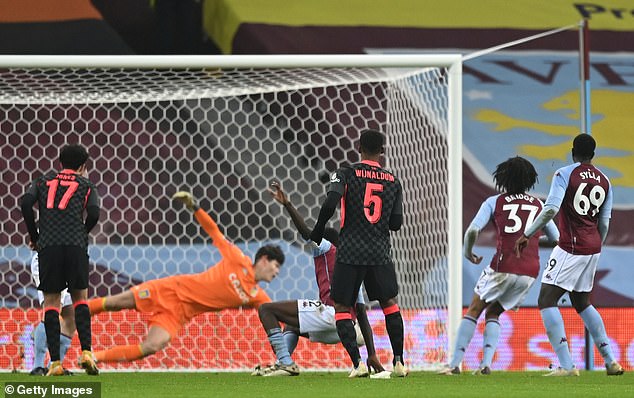 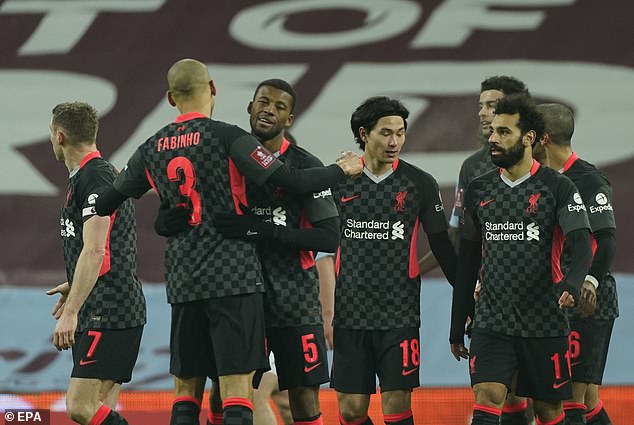 ‘We said at the beginning of the season that we wanted to play for everything.

‘Of course it’s difficult to play everything with your strongest team because during the season you play so many games, especially now, and you have to rotate a lot’, Wijnaldum added.

‘But I think we did well (against Villa) and hopefully we can do well in the next round because this is a competition we also want to win. We have won a lot but the FA Cup we haven’t won, so we want to do it.’