Crystal Palace star Wilfried Zaha has been captured pointing to a sign in a nightclub which read ‘Zaha to Arsenal’.

Zaha is on a short break before starting his preparations for the new season.

But if he has his own way, he will not be playing for Palace on the opening day.

Zaha has been linked with a move away from Selhurst Park in the past and last summer a deal with Arsenal was blocked due to Palace’s asking price of £80million.

However, after a season in which he had just four goals and five assists, Palace appear ready to let him leave if a club matches their reduced price. 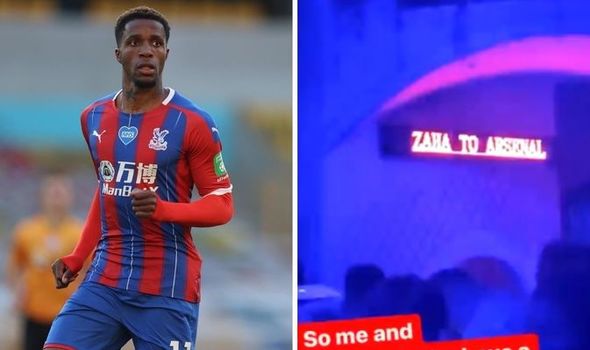 Zaha, a boyhood Arsenal fan, has made no secret of his desire to play for the FA Cup winners.

And in a video posted on social media, the Ivorian is spotted in a nightclub.

The footage shows Zaha pointing and smiling to a sign in the background which said ‘Zaha to Arsenal’.

While the caption on the video by Anthony Billing said: “So me and Wilfried Zaha have a message for you guys Arsenal.” 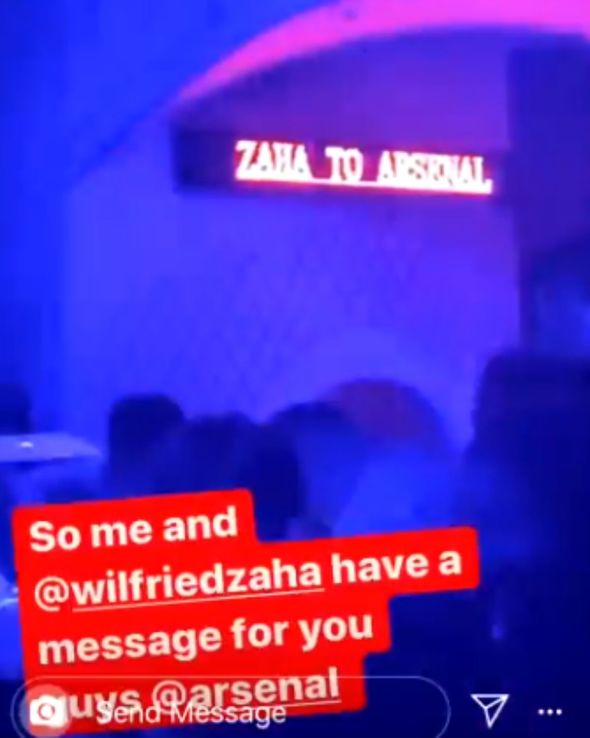 It remains to be seen whether Arsenal have the finances to pull off a deal for Zaha but speaking on the final day of the Premier League season, Palace boss Roy Hodgson seemed resigned to losing the player.

Hodgson told talkSPORT: “I think he’s making it pretty clear that he’d like to move.

“I think he made it very clear last season, we got a good tune out of him for two-thirds of the season.

“I don’t think he’s been anything like as good as he can be during this COVID period but he’s really had to do a job up front all on his own so he will say, ‘I needed more help if you want to see the best of me’.

“How keen and desperate he is to get away, only he can answer that question.

“All I can say is we really appreciate the service he’s given in the three years Ray Lewington and I have been here and of course we’re more than happy to continue working with him because he’s a quality player.

MLS: Real Salt Lake pull back for 4-4 with Portland Timbers thanks to 90th and 94th-minute goals

Jack Grealish admits he will miss stick from fans during games