Cristiano Ronaldo has the chance to add another record to his collection after his return to Manchester United.

The 36-year-old Portugal forward and record international goalscorer, who is preparing for his debut against Newcastle on Saturday, will have the opportunity to break new ground for a player his age over the course of his initial two year-contract.

No player has more Premier League goals after turning 36 than Teddy Sheringham’s 32 and only four players even recorded double figures.

Here, the PA news agency takes a look at them. 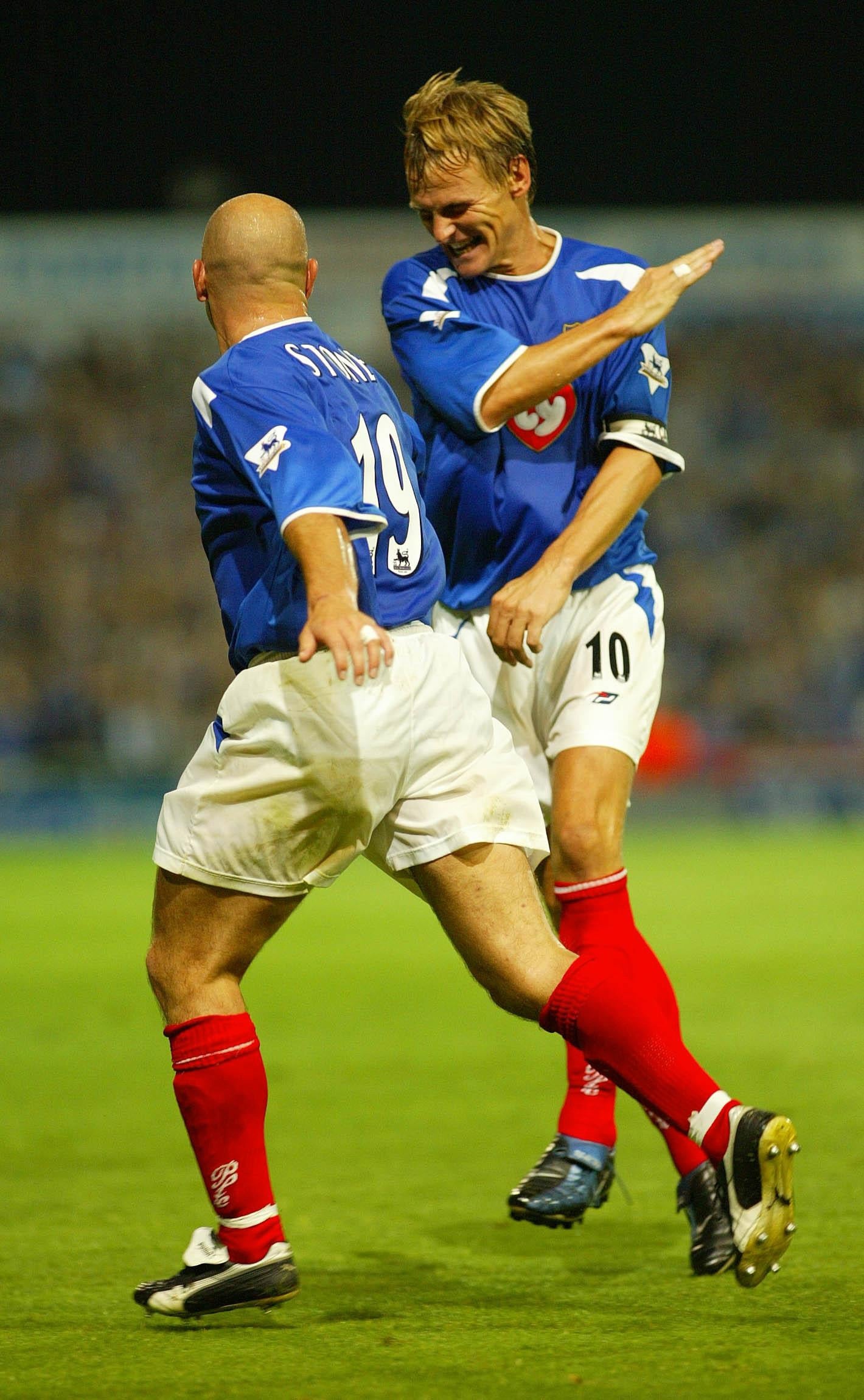 The oldest outfield player and goalscorer of the Premier League era, having played at the top level until the age of 40, Sheringham is out on his own when it comes to the age bracket now occupied by Ronaldo.

He turned 36 late in the 2001-02 season and celebrated with a north London derby goal against Arsenal before adding further strikes against West Ham and Leicester – having also netted against Leeds the day on his last day as a 35-year-old.

He added another 12 goals for Tottenham the following season and nine for Portsmouth in 2003-04, before rounding out his Premier League career with eight goals across two seasons for the Hammers. 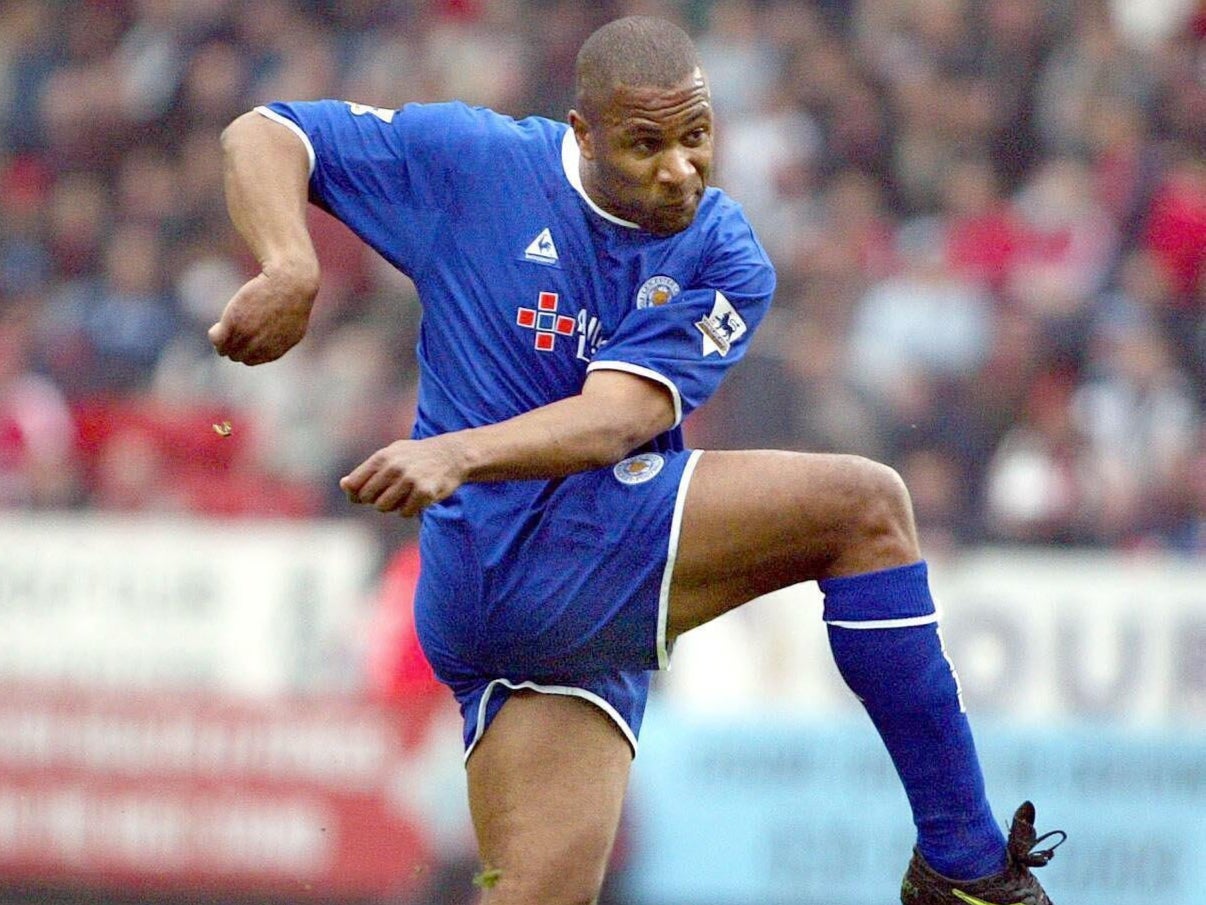 Best remembered for his prolific spells at QPR, Newcastle and Spurs, Ferdinand left the latter around six weeks after turning 36 and saw out his career with brief and largely forgettable spells at three other clubs.

An impressive 12-goal season with Leicester accounts for the bulk of his goals after that age, with two in his half-season at West Ham and one at Bolton. 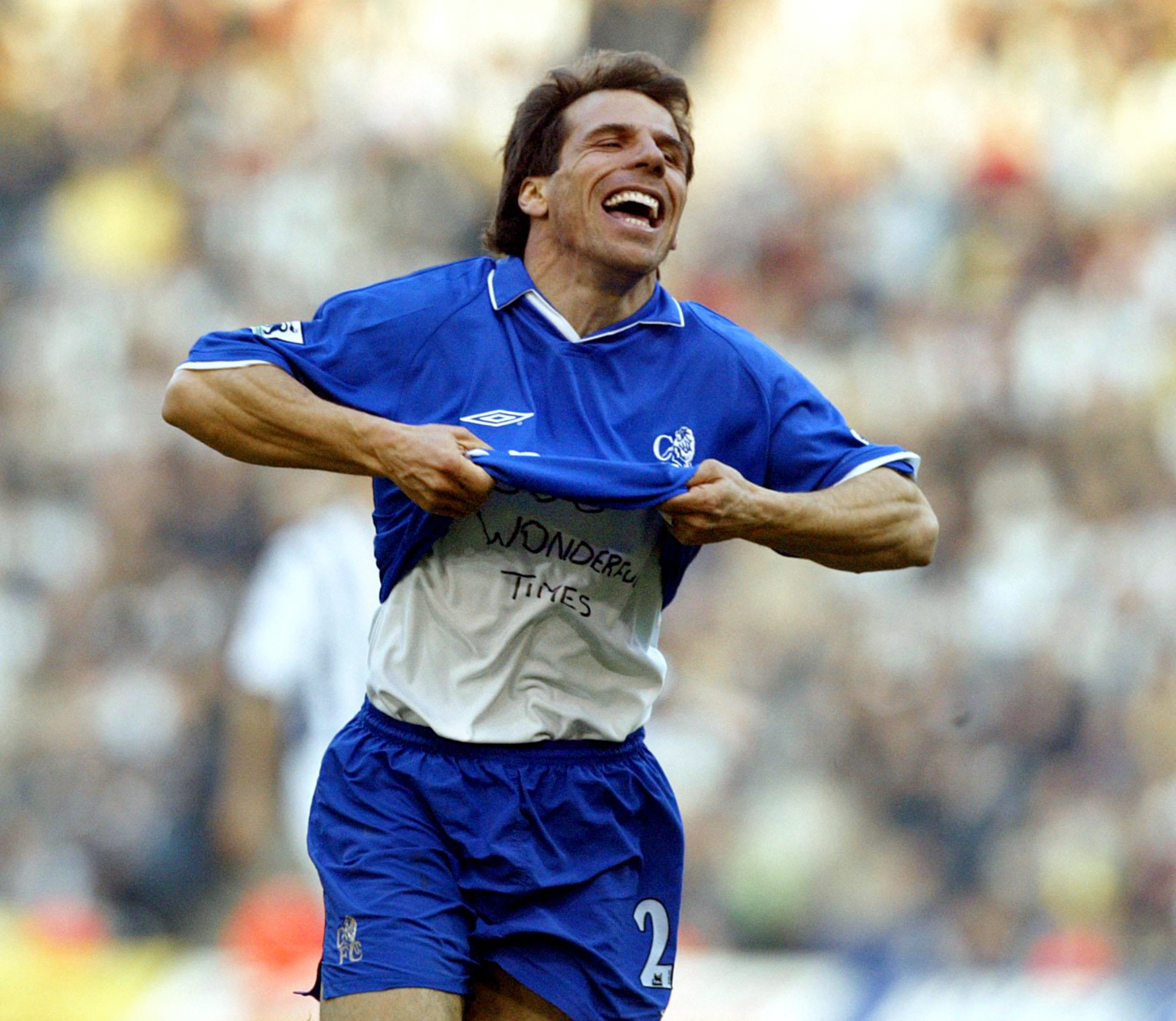 The Italian, remarkably, enjoyed the most prolific campaign of his fondly remembered Chelsea career after turning 36 on the eve of the 2002-03 season.

His 14 goals included doubles against Manchester City and in a 3-2 win over Blackburn in which Chelsea twice came from behind, while an FA Cup brace against Shrewsbury made it 16 in all competitions before he headed home for a swansong with Cagliari. 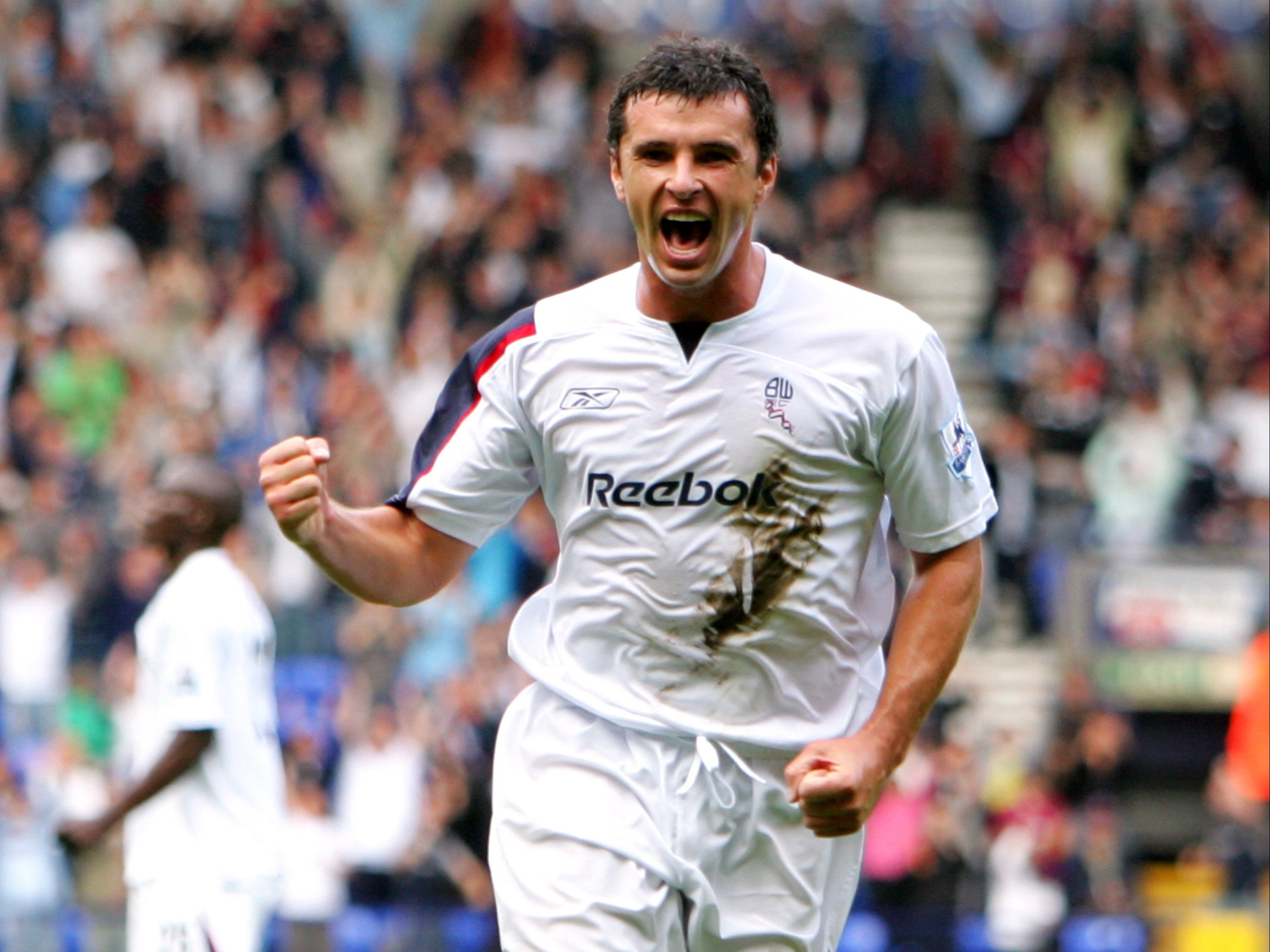 The late Wales midfielder sits sixth in the all-time Premier League appearance list with 535 and scored 80 goals along the way for Leeds, Everton, Newcastle and Bolton.

Just over one-sixth of those came after turning 36, including an eight-goal campaign in 2006-07 to help Wanderers finish seventh. 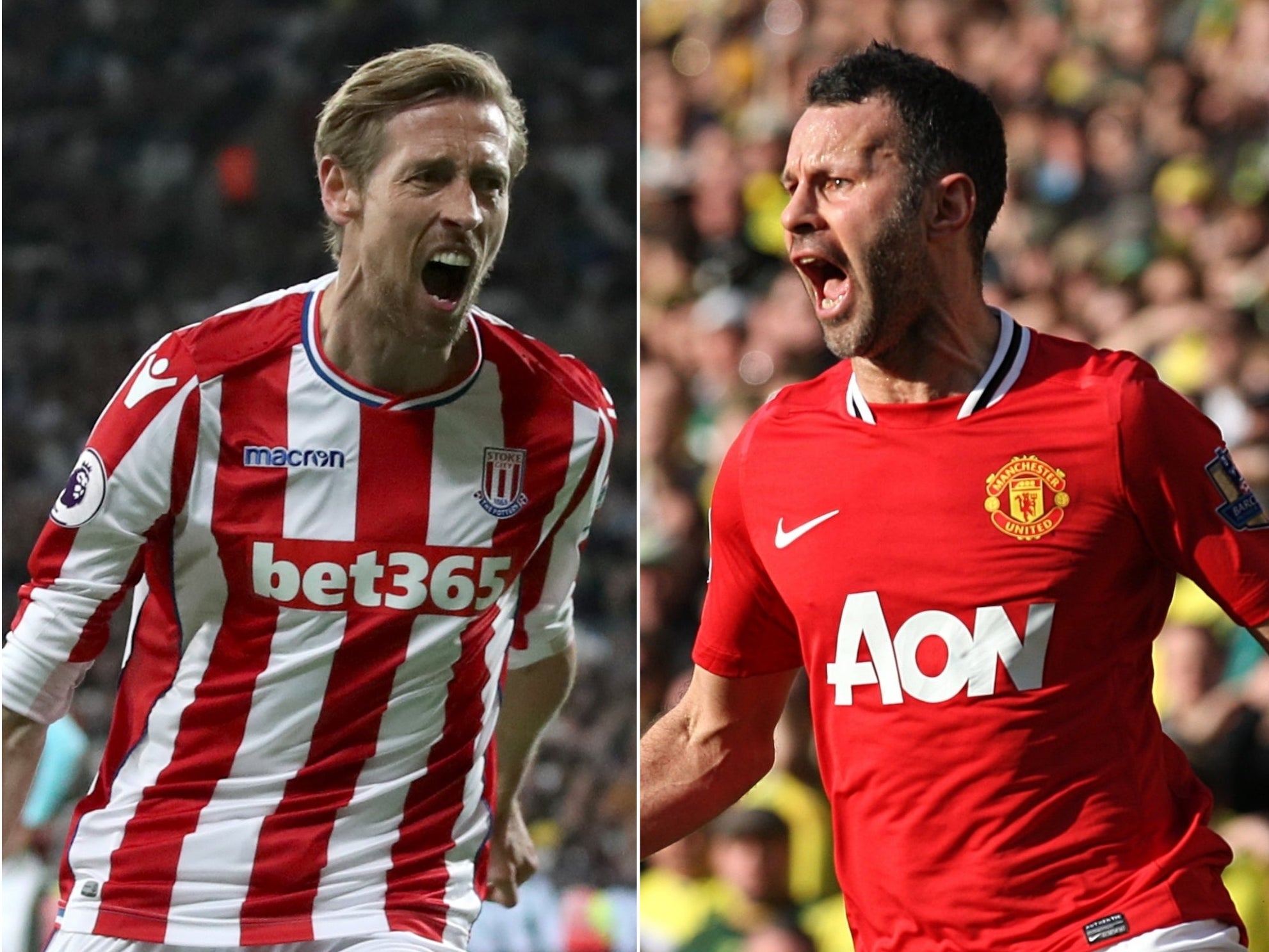 Long-serving Manchester United winger Ryan Giggs scored in each of the first 21 Premier League seasons, four of those aged 36 or over. His nine goals after that age are matched by much-travelled striker Peter Crouch in his twilight years with Stoke.

Only 54 players have scored in the Premier League after turning 36, combining for a total of 217 goals, with seven each for John Wark, Gareth McAuley and Graham Alexander and six apiece for Gordon Strachan and Frank Lampard.

Kevin Phillips, Paul Scholes and Kevin Moran managed five apiece while Dennis Bergkamp and Didier Drogba are among the group on four. 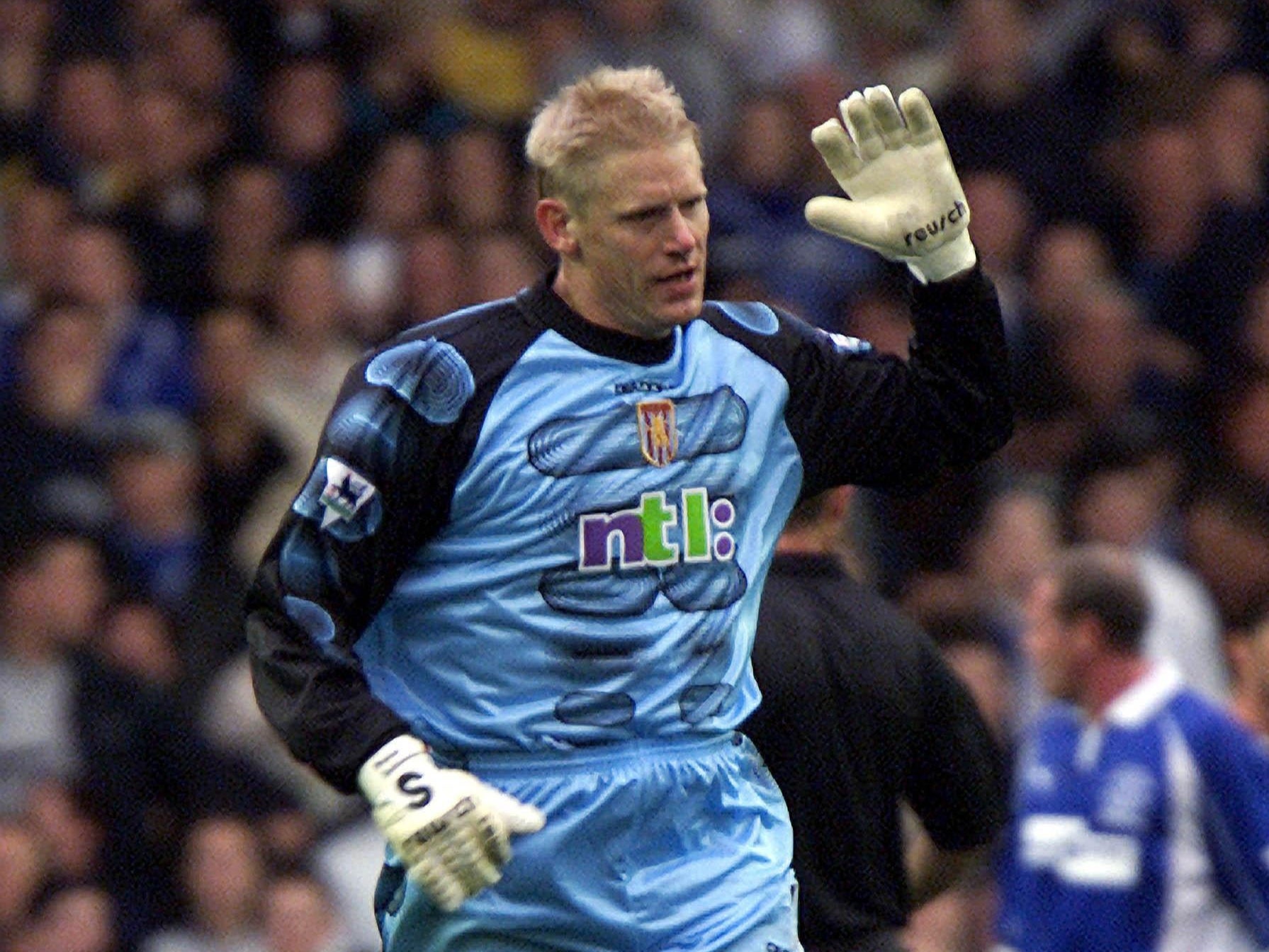 Peter Schmeichel is an eye-catching name on the list – the long-time Manchester United goalkeeper’s one Premier League goal came for Aston Villa at Everton in 2001, a month shy of his 38th birthday.

The only current Premier League player on the list, prior to Ronaldo’s arrival, is Chelsea’s Thiago Silva – and while a defender with two goals to his name is hardly likely to threaten Sheringham or compete with Ronaldo, a repeat of last season’s performance would rank him alongside club hero Drogba and in the top 15.