DANIEL MATTHEWS: Raheem Sterling has played more roles (6) than he has scored goals (5) for Chelsea so far… it’s not quite the homecoming to London he envisaged and has given Gareth Southgate a headache

A new challenge. That was the order of the day for Raheem Sterling when he decided to join Chelsea.

Three months on, he must be chuffed. A challenge it has certainly proven. One with plenty of fresh riddles to solve, too.

So far, since leaving Manchester City, Sterling has played in more positions (six) than goals he has scored (five), under two managers and within several different systems. A puzzle to scramble even football’s finest minds. 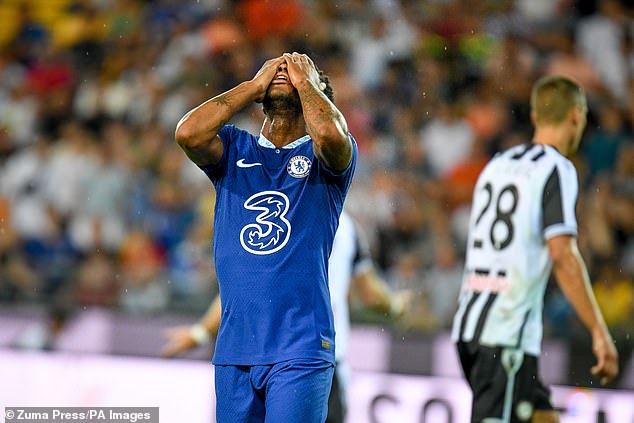 It is not quite the homecoming he envisaged. After a decade away from London, Sterling decided last summer that it was time to head back to the future to be the main man once again.

There have been perks — he has had a chance to catch up with old school friends, while Ben Chilwell and Mason Mount have been his tour guides round west London.

On the pitch, however, Sterling was lured south by Thomas Tuchel only to soon find transition and turbulence. New owners and now, with a new coach in Graham Potter, new direction too.

A new challenge indeed for Sterling. And for Gareth Southgate, a new headache. With the World Cup fast approaching, one of England’s most pivotal players is out of form and often out of position. That is not to hammer the forward, who is simply one part of a malfunctioning attacking unit. 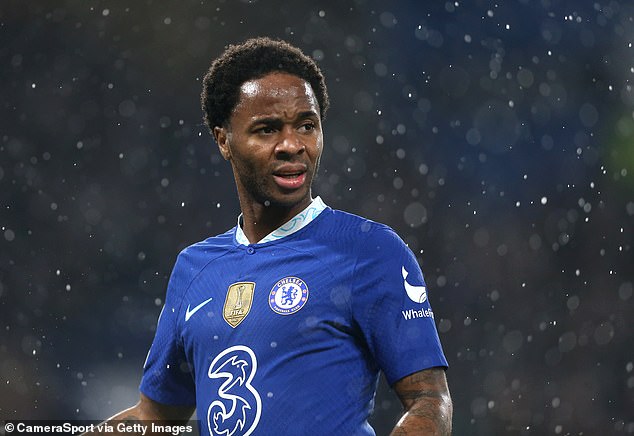 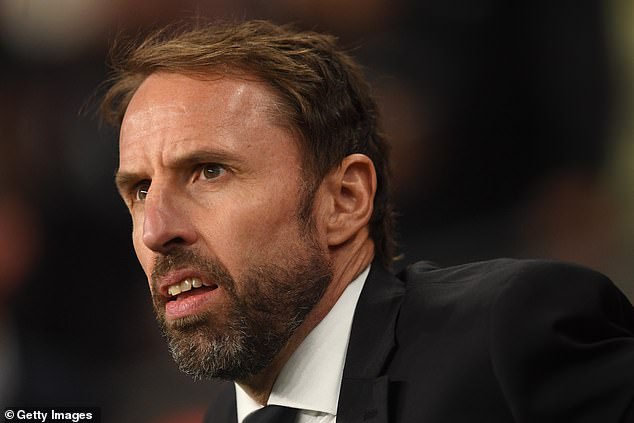 Nor is it fair to knock Potter, who inherited a new squad during a non-stop season, with several key players on the treatment table. Sterling understands that. He is happy and knows the manager is experimenting only to understand how to best use this group.

Unfortunately, caveats will not help Chelsea or England over the coming months. Nor can they mask what seems an inescapable truth — Sterling’s performances have suffered.

‘Score goals, football’s that simple,’ the forward joked when asked if there were similarities between what Pep Guardiola and Tuchel wanted from him. Potter wouldn’t sniff at a bit more threat either.

But Sterling has already scored five goals and created two across his first 18 appearances. No other Chelsea player has had a hand in more than five.

It is more a mark of the standards Sterling set himself over recent seasons that his current numbers do not make for pretty reading. So far at Chelsea, he is averaging a goal or an assist every 239 minutes. Not since his first season at City (240.6) has he had to wait that long. Over 2017-18 and 2018-19, he was involved in a goal every 96 minutes. 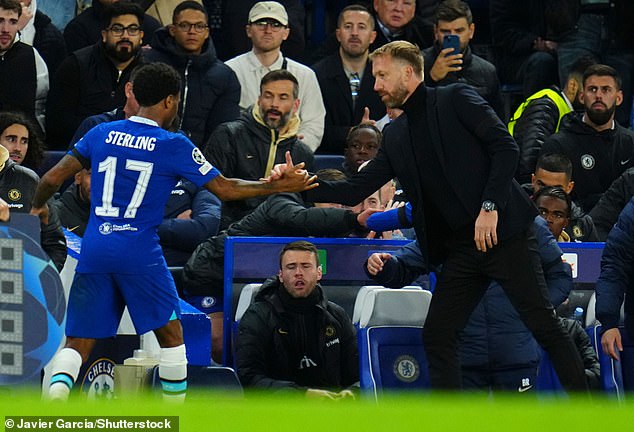 Sterling’s shot output is waning. This season, the 27-year-old is taking fewer than two shots per game (1.7), lower than any campaign since leaving Liverpool, while his minute to goal ratio stands at 318.7. Not since 2016-17 has it been so high. Last season it was 163.6.

Interestingly, however, this dip does not apply across the board. Sterling is currently creating 1.7 chances a game — on par with his average return at City.

All of which paints a curious picture. Is it any wonder that a forward, who — at different points in different games — has been used as a right and left wing-back, false nine, second striker and on the wing on the right and left, is struggling for consistency? Is it any wonder that Sterling’s goal output is suffering when he often has greater defensive duties? Is it fair to expect him to reproduce his finest form, having swapped the slick City machine for a team still searching for its best attacking combinations?

As Potter said last month: ‘We have to try to do better as a team, improve our attacking play as a team, and then individuals can do better. There is a lot of improvement possible in that area and that will help Raheem.’ 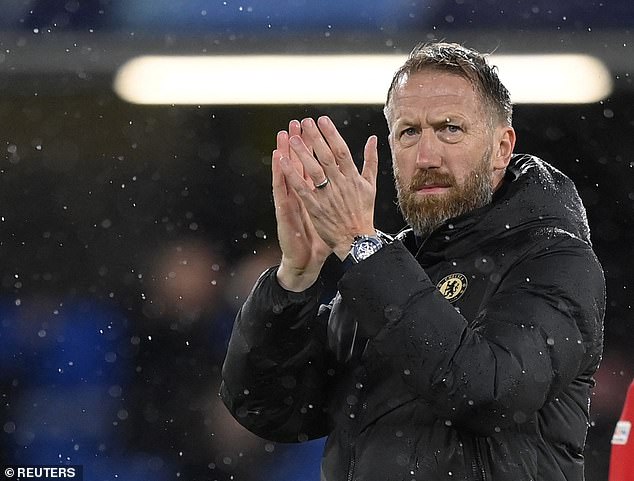 Alas, that will not offer much comfort to Southgate as he ponders his starting XI for the World Cup opener against Iran. It is unthinkable that Sterling will not be among the first names on his team-sheet, given how crucial he has been to England’s success in recent years.

Southgate was not swayed when Sterling fell out of City’s team last season. Will the manager’s mind be changed by the fact that, this year, he is being outshone by Phil Foden, James Maddison, Bukayo Saka and Marcus Rashford when it comes to goals and assists?

Sterling was asked recently where he enjoyed playing most. ‘Centre half,’ the 27-year-old joked. Beware tempting Potter and his fluid systems.

‘Winger but at the right times getting inside and attacking the box, that, of course, is my preferred position,’ he clarified.