Willian opens on his Arsenal nightmare and admits he ‘wasn’t happy at the club’… with the Brazilian terminating his £220,000-a-week contract by mutual consent after a disastrous 12 months

Willian has opened up on his difficult Arsenal spell and admitted he was unhappy during his time at the Emirates.

The Brazilian signed a three-year contract, which was worth £220,000-a-week, with the Gunners last summer after leaving Chelsea on a free transfer but failed to live up to expectations.

The forward managed just one goal and five assists in 37 games across all competitions in the 2020-2021 campaign. Willian did not feature in any of Arsenal’s opening three games of this season and the club terminated his contract by mutual consent on August 30. 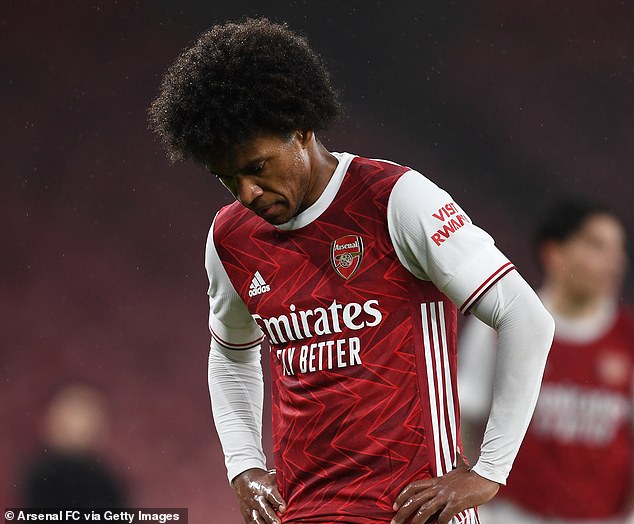 This allowed Willian to re-join Corinthians, where he started his career.

With his move to the Brazilian club now confirmed, Willian has spoken out on his struggles at Arsenal.

‘I really thought a lot, together with my family and close people. Unfortunately, my time at Arsenal was not good, I wasn’t happy at the club,’ Willian told TV Corinthians.

‘I don’t need to go into details, but I wasn’t happy and I thought that returning to Brazil was the best option. 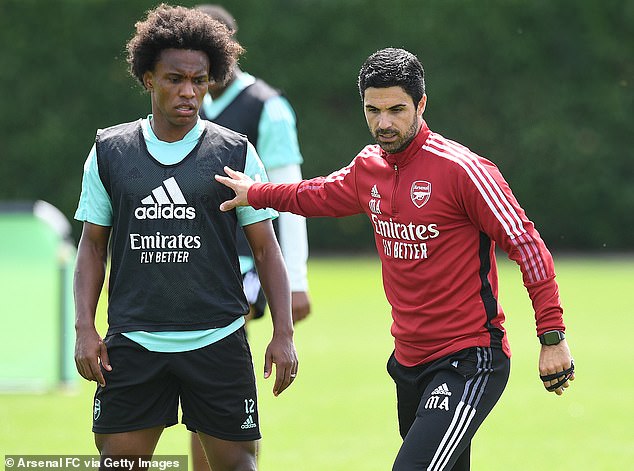 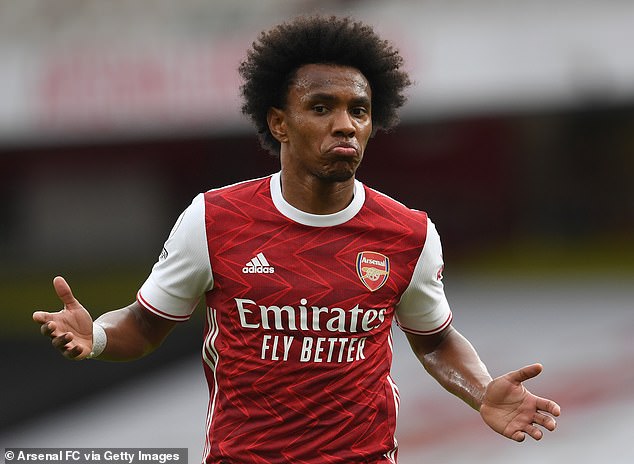 ‘I studied some other opportunities, but I wanted to return to Corinthians, to my home, to be close to my family. It’s the club that projected me to the world, revealed me. The right time to come back was this.’

The move ended Willian eight-year stay in England, where he won two Premier League titles, an FA Cup crown and the 2018-19 Europa League while at Chelsea.

In a statement, Arsenal said: ‘We have reached a mutual agreement with Willian to terminate his contract effective from today.

‘The Brazil international joined us from Chelsea last August and made 38 appearances during the 2020/21 campaign.

‘He had two more years to run on his contract but following positive and constructive recent discussions with him and his team, he will be leaving for a new opportunity with Corinthians in Brazil, where he began his career.

‘Everyone at Arsenal wishes Willian and his family well for the future.’