Arsenal are closing in on a deal to sign Willian on a free transfer, with the Brazilian set to end his seven-year stint with Chelsea next week. Willian has rejected multiple contract offers from the Blues in search of a three-year deal, which they are unwilling to agree to.

But reports have claimed the Gunners have agreed a two-year agreement with the option of a third year and that the South American will move to the Emirates imminently.

It has been suggested that while Willian’s base salary will be lower than his £120,000-a-week terms at Chelsea, bonuses based on appearances and team success will improve his pay.

The deal will make him Mikel Arteta’s third signing after wrapping up the signings of Pablo Mari and Cedric Soares, whose loan deals were both made permanent.

And it will see the Spanish coach land a seasoned wide forward as he looks to add more experience to his youthful team. 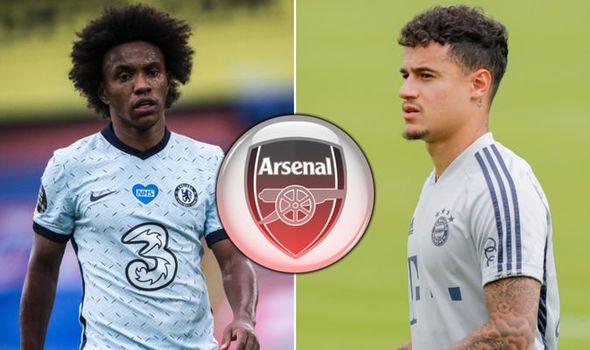 The 31-year-old Brazil international, who turns 32 on Sunday, produced 11 goals and nine assists this season and can play on the left wing or the right, or even as a No 10.

But the Daily Mirror claim that signing Willian means another Arsenal-linked attacker will not be headed to the north London outfit this summer.

That man is Barcelona playmaker Philippe Coutinho, formerly of Liverpool and a player who was an £142million signing for the Spanish heavyweights just two years ago.

Since his club-record switch to Catalonia, the form of Coutinho – Willian’s compatriot – has declined and he has spent this term on loan at Bayern Munich.

Coutinho’s Bayern and Willian’s Chelsea will clash on Saturday in the second leg of their Champions League last-16 tie in Bavaria (8pm kick-off), with the Germans leading 3-0. 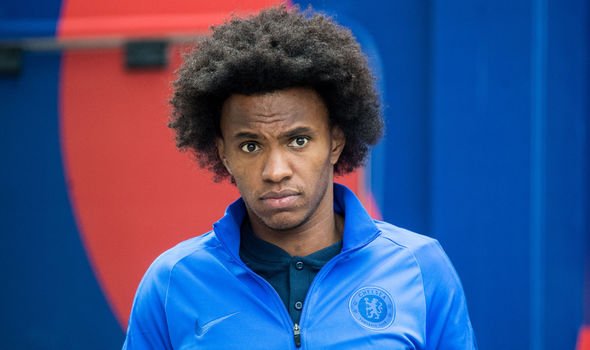 And while the 28-year-old could be involved for the hosts and has produced nine goals and eight assists in 34 games this term, Bayern snubbed the opportunity to sign him from Barca on a permanent basis.

The attacking midfielder, previously regarded as one of the best in Europe at Liverpool, also does not feature in Quique Setien’s plans at the Nou Camp and so could be moved on.

Coutinho had been linked to Arsenal and could act as a replacement for the out-of-favour Mesut Ozil to become the team’s new chief creator.

But the Mirror insist the Londoners can only do a deal for one of Willian or Coutinho, and it is the former who they have seemingly chosen.

Coutinho would cost more in wages and would also command a significant loan fee, even if Barca agreed to subsidise his pay.

Signing him in 12 months’ time would also require Arsenal to sanction a big spend, with finances stretched at the Emirates.

The timing of a deal for Willian is likely to cause uproar, however, after the club confirmed on Wednesday that they will be making 55 members of staff redundant due to the financial impact of the coronavirus crisis.

Despite that, they confirmed that investment into Arteta’s first-team squad remains a priority as they seek to restore their top-four status – thinking that Champions League money would significantly improve their financial standing.

A joint-statement from head of football Raul Sanllehi and managing director Vinai Venkatesham read: “Over recent years we have consistently invested in additional staff to take the club forward. 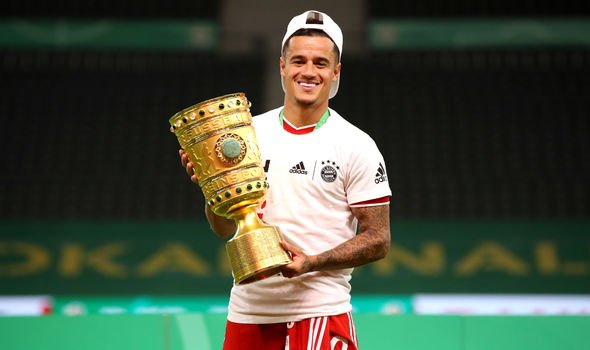 “But with the expected reduction of income in mind, it is now clear that we must reduce our costs further to ensure we are operating in a sustainable and responsible way, and to enable us to continue to invest in the team.

“Our aim has been to protect the jobs and base salaries of our people for as long as we possibly can. Unfortunately, we have now come to the point where we are proposing 55 redundancies.

“We do not make these proposals lightly and have looked at every aspect of the club and our expenditure before reaching this point. We are now entering the required 30-day consultation period on these proposals.

“We know this is upsetting and difficult for our dedicated staff and our focus is on managing this as sensitively as possible.

“These proposed changes are ultimately about ensuring we take this great football club forward, creating the right organisation for a post-Covid world, and ensuring we have the resources to return to competing effectively at the top of the game here and in Europe.”