Wolves striker Raul Jimenez has been warned about any potential move to Manchester United by two-time Premier League champion Joleon Lescott. The 28-year-old has been tentatively linked with a move to Old Trafford over recent months.

Ole Gunnar Solskjaer will be heavily backed again in the summer transfer window and he views Jimenez as an option to bolster his attacking ranks.

Marcus Rashford and Anthony Martial are United’s only recognised strikers following the departure of Romelu Lukaku six months ago.

Jimenez is one of a number of targets the Red Devils have been casting their eye over.

The Wolves forward has scored 20 goals in 38 matches this season, including nine assists.

But Lescott has warned the Mexican that the grass may not be greener on the other side. 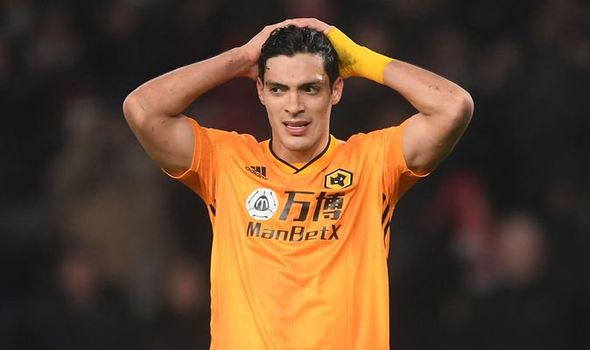 “The interest in Jimenez doesn’t surprise me, he’s performed consistently over the past two seasons and that’s the key,” Lescott told the Grand National.

“He’s not just coming in and having good periods then going cold again.

“He’s consistently done well for the team and scored goals and proving to be a lot more than just a goal scorer.

“Obviously he is their top goal scorer since he’s been there but he’s absolutely vital to the way they play.

“There will, of course, be interest in him as he’s such a good player, I suppose it just depends on how realistic this interest is.”

Nuno Espirito Santo’s side are ninth in the Premier League table, level on pointed with eight-placed United.

Therefore Jimenez may not be making a forward step by moving to the north west.

“For example, if it’s Chelsea, then you may look to them as more of a possibility of playing Champions League,” added Lescott.

“Whereas if you look at interest from Man United, and you look at the team’s current success – are Man United better than Wolves? 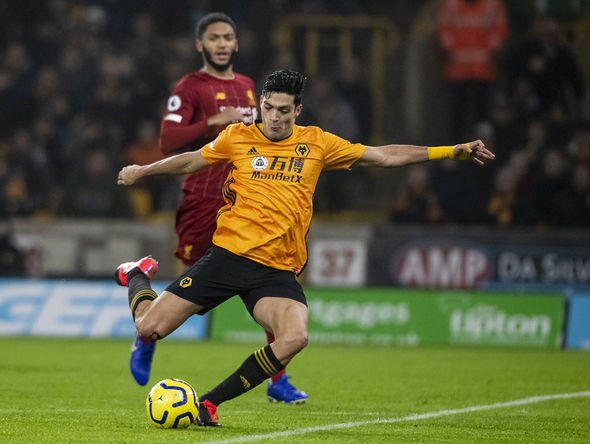 “Are they guaranteed to finish higher than Wolves next season? Who knows!

United missed out on their top striker target in January as Erling Braut Haaland moved to Borussia Dortmund instead.

It means Solskjaer has to go back to the drawing board ahead of the summer.