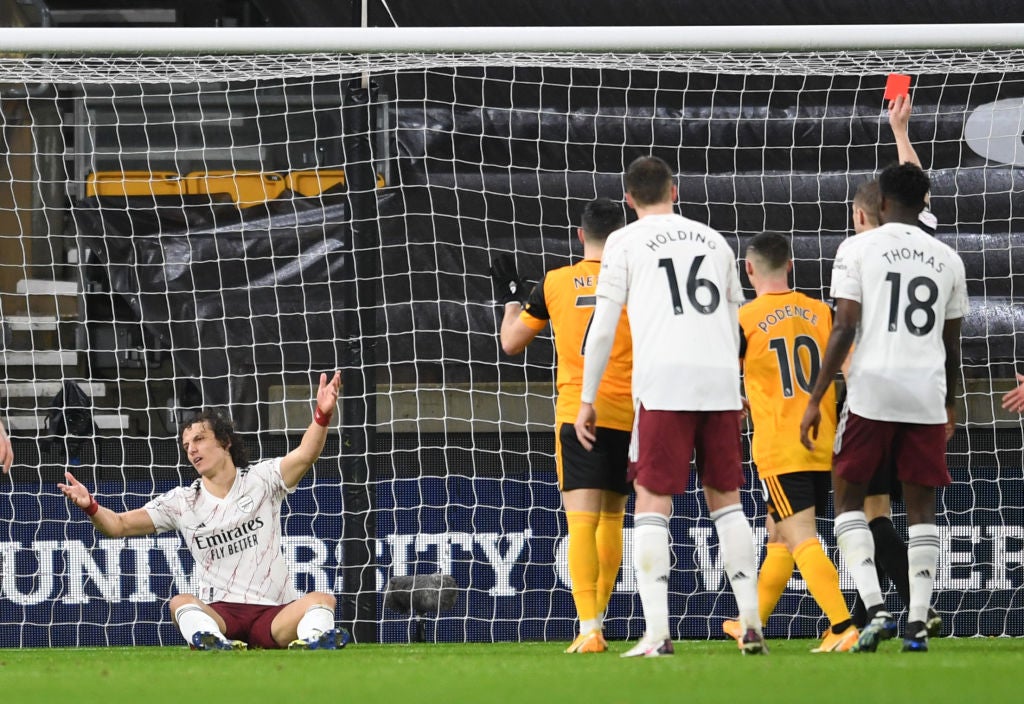 Bernd Leno – 5. A couple of routine stops. Completely panicked for the sending-off.

Hector Bellerin – 6. Struggled at times defensively but was a threat going forward too.

Rob Holding – 7. It’s probably overlooked just how solid and reliable he has been for the Gunners this season. Same again here.

David Luiz – 6. He has been in brilliant form of late and started well here…then picked up a red card to change the game entirely.

Cedric Soares – 6. Like Bellerin, was hit-and-miss defensively – but keeping up with Adama is one of the toughest jobs in football.

Granit Xhaka – 5. Loose in possession, had runners in behind him with frequency.

Thomas Partey – 7. Excellent at both launching counters with his striding runs from deep, and also stopping Wolves’ counters – often with a sneaky foul.

Bukayo Saka – 7. Lively and a threat from the outset. Should have scored at least one in the opening stages. Arsenal’s best player until they started getting them sent-off.

Emile Smith Rowe – 6. So clever at finding spaces between the lines. Could be quicker to release possession at times but usually picks the right pass in the end. Faded after a bright start.

Nicolas Pepe – 7. A real threat on the counter and scored a brilliant solo goal. Subbed after the restart.

Alexandre Lacazette – 5. On the fringes of the game in the first half and subbed at the break to bring a defender on.