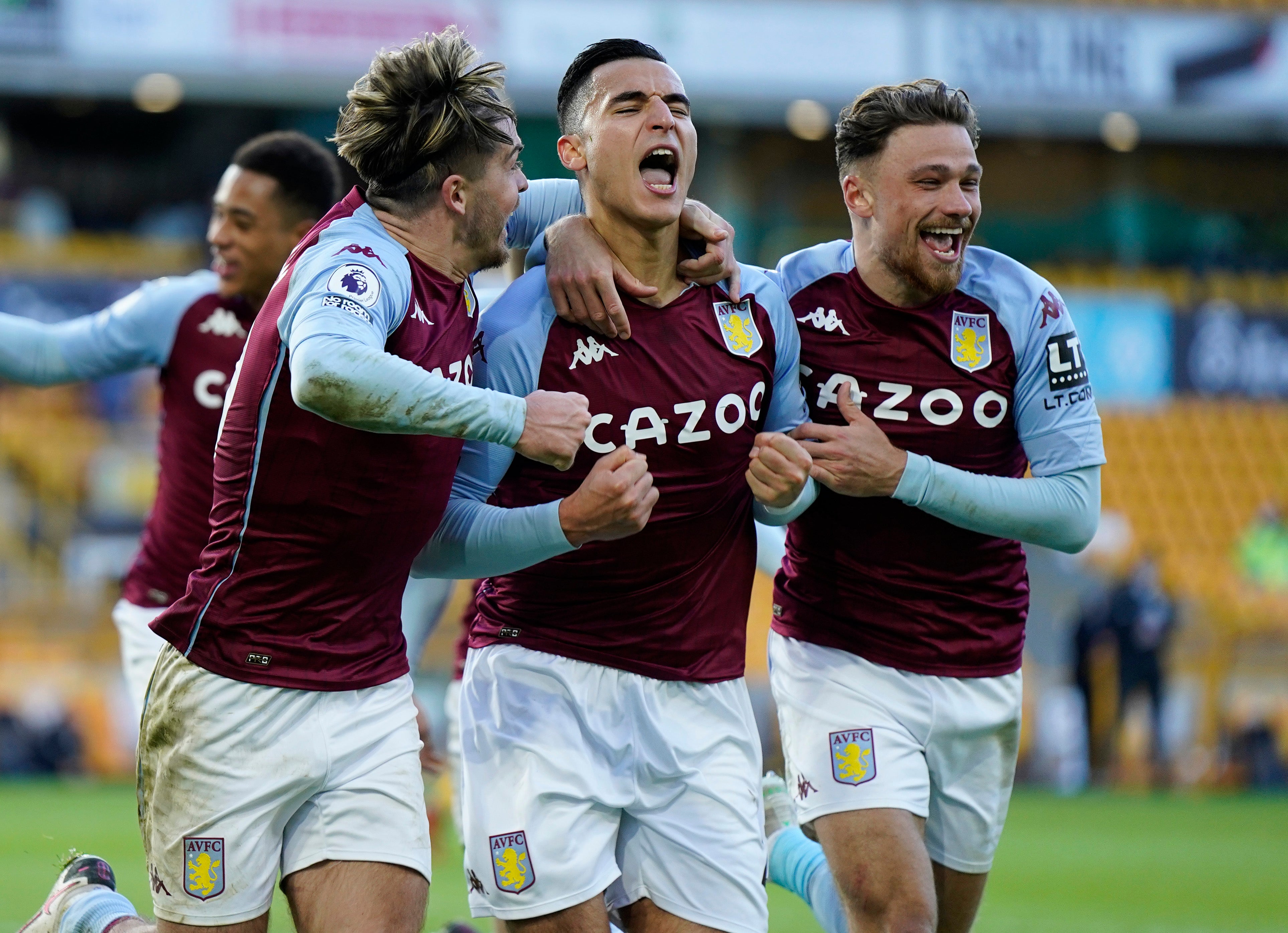 As a result, Wolves continued to create the better openings and Martinez gathered Traore’s shot but had to scramble when Neto’s fizzing drive flew a yard wide after 63 minutes.

Ollie Watkins had been quiet but underlined his threat when he cut inside and the underworked Rui Patricio saved smartly before Silva came agonisingly close to a first senior Wolves goal with 21 minutes left.

Podence, again, was key as Villa failed to stop his driving run and Silva latched onto his pass to fire across Martinez, only for the ball to strike the inside of the post.

Soon after Martinez claimed Romain Saiss’ header and the goalkeeper produced a brilliant stop to deny Dendoncker 10 minutes from time.

Neto stood up a cross and Dendoncker arrived from six yards, only to see Martinez’s superb one-handed save keep his first-time volley out.

Villa suffered a blow with five minutes left when Luiz caught Podence to collect his second yellow card but rallied to win it in stoppage time and climb above Wolves into eighth place ahead of the later matches.

Semedo clumsily brought down McGinn and El Ghazi sent Patricio the wrong way from the spot.

There was also still time for Moutinho to be red-carded after he caught Jacob Ramsey to add to Wolves’ woes.