The 24-year-old England international produced a dinked finish and then converted a penalty to take her WSL tally to 37, one ahead of former Chelsea forward Eni Aluko.

After a goalless first half, second-placed City went in front thanks to Niamh Fahey’s own goal.

Arsenal remain three points ahead of City after Jordan Nobbs’ double helped maintain their 100 per cent start with a 3-1 with over Birmingham.

Nobbs converted Beth Mead’s pass early in the second period to open the scoring, but third-placed Birmingham levelled within a minute courtesy of Emma Follis’ finish from a tight angle.

Champions Chelsea are fourth after they made it successive wins for the first time this season by beating West Ham 2-0. 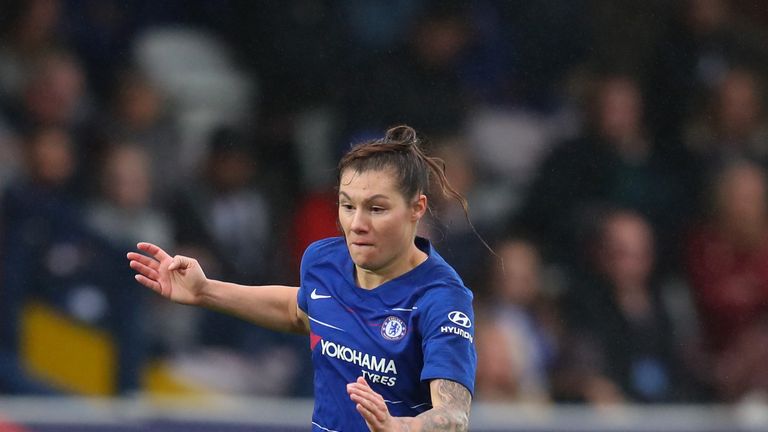 A second-half double from Swiss striker Ramona Bachmann was enough for Emma Hayes’ team to see off their London rivals.

At the other end of the table, Yeovil moved off the bottom by ending a 41-game winless run.

In Sunday’s other game, two goals from England’s most-capped player Fara Williams and a strike from Brooke Chaplen gave Reading a 3-0 victory over Bristol City.

Harry Redknapp fears Antonio Conte will not stick around at Tottenham