‘What he has done, what he is, what he has shown in Madrid. I think he is the best in history.’ Real Madrid boss Zinedine Zidane hails captain Sergio Ramos as the GREATEST defender of all time

The 34-year-old scored his 100th goal for goal for the club in their 3-2 Champions League win over Inter Milan on Tuesday.

Ramos’ current contract with Los Blancos expires at the end of the season, but reports in Spain say Madrid are set to offer him a two year extension. 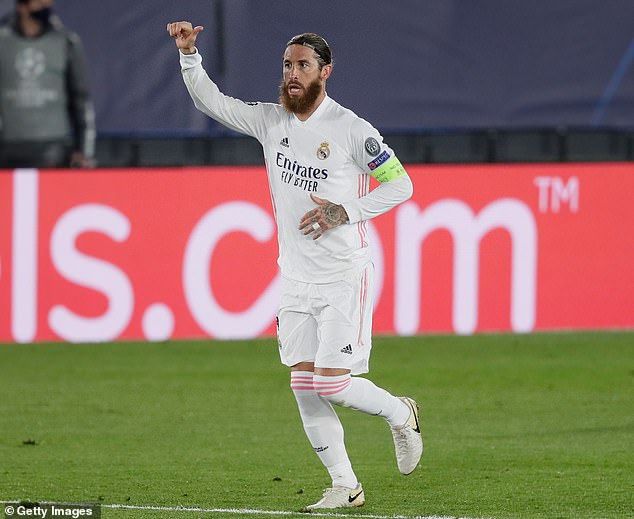 Zidane continues to be impressed by his captain’s form and described the Spanish international as the best ever in his position.

‘The best? He is one of them, of course,’ He told reporters. ‘What he has done, what he is, what he has shown in Madrid. I think he is the best in history.’

Since Ramos joined Real from Sevilla in 2005 he has gone on to win five LaLiga titles and four Champions League’s, his triumphs with Spain of one World Cup and two European Championships mean he is one of the most decorated defenders in the history of the game.

Madrid’s preparations for Sunday’s LaLiga trip to Valencia suffered a setback after Eden Hazard and Casemiro tested positive for Covid-19.

Zidane said both players are not displaying any symptoms and confirmed they are handling the situation well.

‘Well, they’re okay I think. They’re not happy with what’s happened but they’re okay and physically they don’t have many symptoms, but we know it’s tough,’ he added. 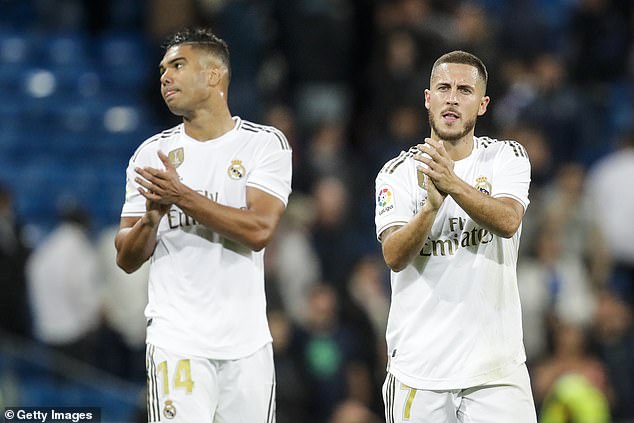 ‘I left them a message and I’ll speak to them later. This can happen and we have to accept that.

‘You know what (Hazard) is like as a player. He’s a strong player. It’s a tough moment with injuries and everything but he’s in good spirits, which is important. He has to wait a week now.

‘We have to accept it and keep going forward, because the strength is in the team unit. There are worse things that are happening, people are worse off elsewhere, but it’s disconcerting that the training session today has been completely different the day before a game.

‘They are responsible people but unfortunately it’s happened. It could be worse. There are people in much worse situations who are really, really suffering outside of football. ‘