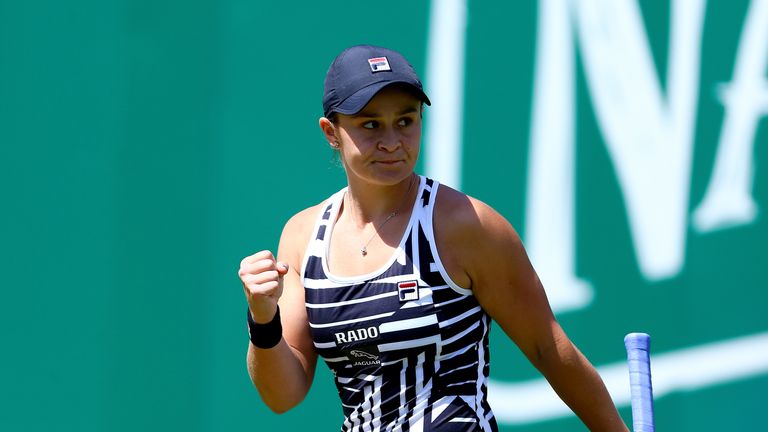 Ashleigh Barty moved to the brink of becoming world No 1 after reaching the final of the Nature Valley Classic in Birmingham.

The French Open champion defeated world No 51 Barbora Strycova 6-4 6-4 in the semi-finals and will overtake Naomi Osaka at the top of the WTA rankings if she wins the title on Sunday.

Barty is yet to lose a set this week at the grass-court tournament and saved all five of the break points she faced against her Czech opponent.

“I felt I had really good rhythm on my serve today,” said Barty. “It was important for me today to try and almost make it a boring match and make it a little bit kind of serve and first shot and dominate on my part.” The Australian will face eighth-seed Julia Goerges – her doubles partner – in the final after the German defeated Croatia’s Petra Martic 6-4 6-3.