The ATP Finals is drawing to its conclusion, with the group stages of the competition over. It wasn’t an easy ride for any player this year, and some mouth-watering semi-finals lined up. This is how to watch both ties live on TV or online.

Rafael Nadal and Novak Djokovic managed to squeeze through into the semi-finals.

They both finished as runners-up in their respective groups.

The two favourites both lost their second matches of the group stage, setting up a tense third and final ‘all or nothing’ tie before the semi-finals.

Nadal had lost to Dominic Thiem earlier this week, in a straight-sets defeat. 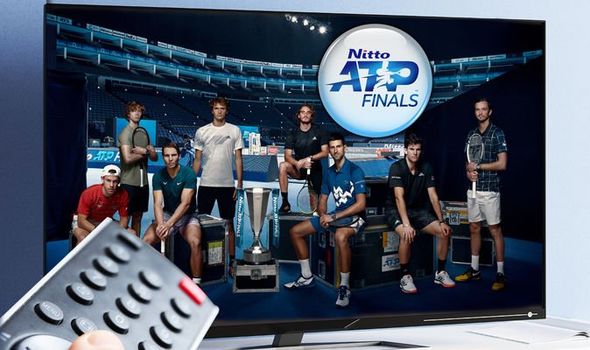 The Spaniard fought back against Stefanos Tsitsipas to seal his progression, despite losing the second set.

It meant that he had to win his final group match on Friday afternoon; a tie against Alexander Zverev.

In the semi-finals, Nadal will be taking on group-winner Medvedev.

Djokovic has been drawn against Thiem in the second semi-final, with both ties taking place on Saturday.

Nadal and Medvedev will take to the court from 2pm, whereas Thiem and Djokovic will have to wait until 8pm.

The winner of each match will face off in a winner-takes-all tie the following day. 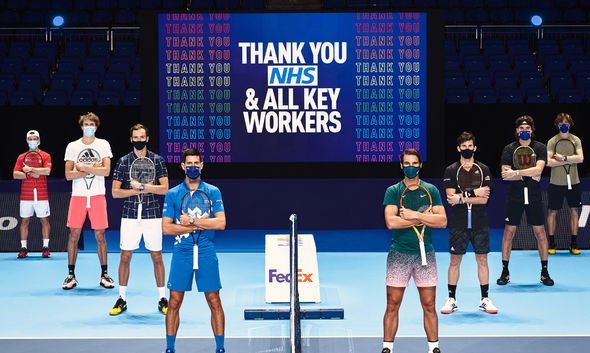 How to watch the ATP Finals semi-finals

The full ATP Finals competition is being streamed on Amazon Prime.

A Prime subscription costs £7.99 per month but new customers signing up can enjoy a 30-day free trial which can also be cancelled at any time.

All ATP Finals matches are also available to stream on Tennis TV.

An account usually costs £9.99 per month but new subscribers can get their first month for £4.99.

But, crucially, the first semi-final – Medvedev vs Nadal – will be shown live on BBC Two on Saturday.

Coverage of the clash will start at 2pm, with the final being shown live the following day.

Live coverage of the ATP Finals final will start on BBC Two at 6pm on Sunday.

Nick Kyrgios could ‘regret’ Rafael Nadal moment: ‘He is missing a little bit of respect’