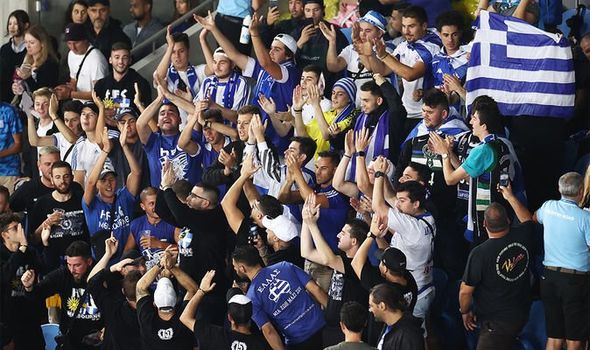 Police had to intervene at the Australian Open to eject between 15 to 20 Greek fans after they were accused of disrupting play on court 8.

Greece’s No 1 women’s player Maria Sakkari beat Japanese Nao Hibino on the outside court and she was heavily backed by a loud contingent of supporters.

As with Stefanos Tsitsipas’ match earlier this week, Greek fans congregated together in the stands and were on their feet chanting in between every point in scenes more reminiscent to a football stadium.

However, after several warnings the group of men were kicked out of Melbourne Park.

A Victoria police statement read: “About 6.05pm this evening [Wednesday] a group of 15-20 males were evicted from the tennis for disruptive behaviour.

“The group had received numerous warnings during a match on Court 8 from a match referee, security and police. 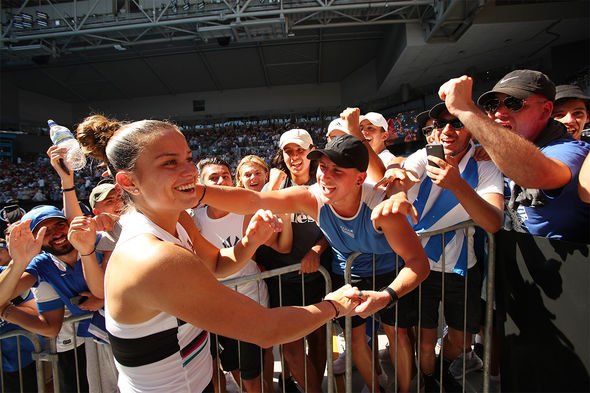 “After the match the group were asked to leave and did so peacefully.”

Sakkari progressed to the third round and takes on American Madison Keys on Friday.

However, the 24-year-old year is gutted that she may be without her supporters for the clash on Margaret Court Arena.

“It is going to be different playing here without them (if banned) for sure,” Sakkari said.

“I really like it and it makes me play even better and get more pumped; that’s why it’s one of my preferred places to play. 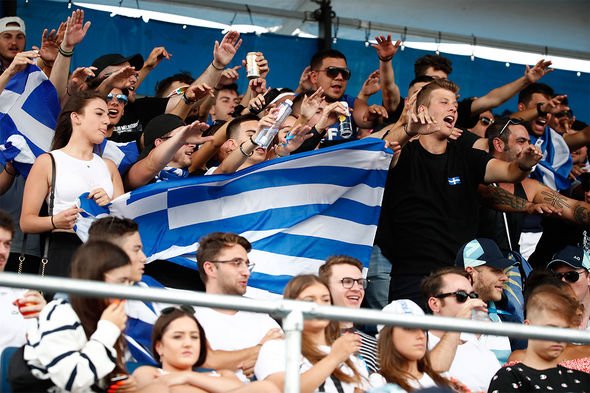 “So I really hope that it’s not going to happen.”

After being ejected from Melbourne Park, the Greek supporters chanted outside the gates that they would be returning on Friday.

“They respected the opponent at the maximum,” Sakari added. “They were not disrespectful, they had stopped when they had to stop. They were not say yelling on her double faults or mistakes,” she said.

“The only thing that they were yelling was ‘break, break, break’ but even Australians do it, Israelis do it, everyone does it.

“I think they were great. They were very respectful to the opponent, they stopped when they had to stop. 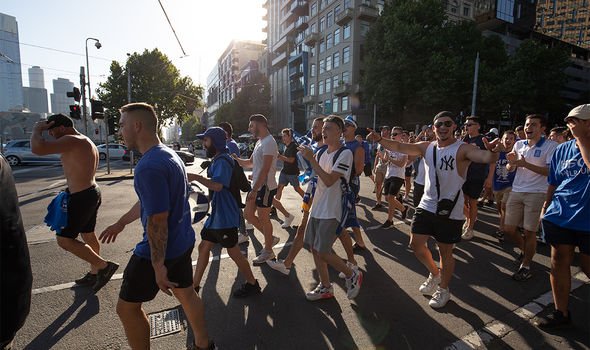 “They were not disrespectful. They were supporting me in a really nice way — I loved it. That’s my favourite atmosphere to play with, so I’m really glad that I played with them by my side.”

Meanwhile, world No 6 Tsitsipas warned his Greek followers to have more respect after his first-round win.

“They can do what they’re doing, but probably with more respect,” he said.

“I really like they come and support me because that gives me a lot of positives in my game. I don’t really know why they want to go the extra mile some of the time,” he said.

“From their side, they should be a little bit more respectful to the opponents. That’s all. Nothing else. They can do what they’re doing, but probably with more respect.”