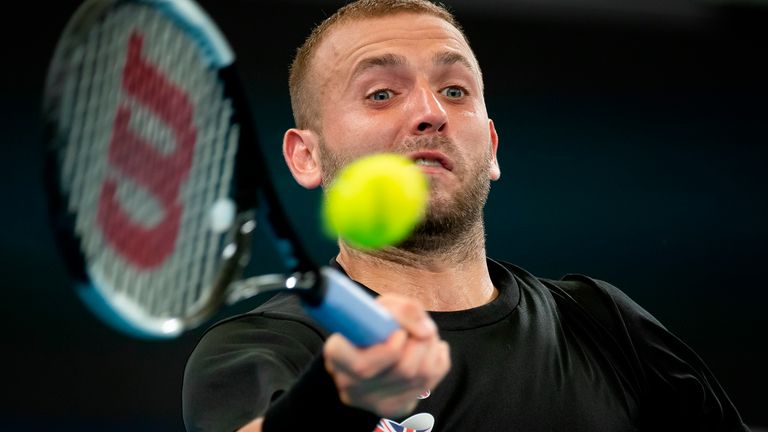 British No 1 Dan Evans defeated fourth seed Borna Coric for his second victory of the day at the Murray River Open to reach the semi-finals as he continued his impressive form.

Evans is playing himself into form nicely ahead of the Australian Open and followed up a rain-interrupted 6-4 7-6 (7-4) victory over American Marcos Giron by seeing off fourth seed Borna Coric 7-5 7-6 (7-1).

Should Evans beat France’s Jeremy Chardy on Saturday to reach the final, he will go into the Australian Open having played four matches in three days.

The 30-year-old said: “Obviously it’s all about the Open but, at my ranking, I have to take the wins when I can get them on the tour, and I’m happy to play two matches in the day. It was a good day.

“Now it’s sort of free money isn’t it. If you lose, you can get ready. If you win, you’re in the final. I’m happy either way. But obviously I’ll be out there fighting to get through.

“It’s difficult to moan, not feeling 100 per cent prepared. We’re lucky we can come out here and just pretty grateful that we are still able to work with everything, which is a disaster at home really.” 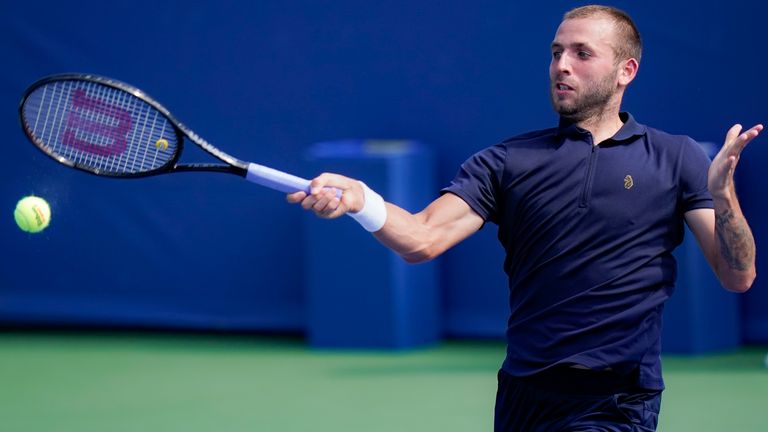 Having hit with Norrie on Thursday, Britain’s only two representatives in the men’s singles found themselves drawn together in the first round of the Australian Open.

Evans said: “It’s unfortunate that two Brits play each other. It’s a long way to come to play each other. But it will be a good match. Hopefully I win. It’s a difficult match, though. It’s not easy.

“Obviously Cameron would know me better than most. He beat me last time [at the Battle of the Brits in December] when we were in lockdown in London, so I’m the underdog, so pressure is on him.” Evans does not expect any awkwardness, saying: “We obviously won’t hit together now. But I’d hope he’ll still say hello to me. There’s some funny tennis players out there. No, he’s all good.

“There will be no etiquette come Monday, though. I wouldn’t want him to feel he has to be polite to me or not be himself. Friendship obviously goes out the window. You’re playing in a Grand Slam.”

Evans, meanwhile, has not changed his mind about the Tokyo Olympics having said last year he was unlikely to play before the Games were postponed.

“I won’t write myself off but it’s a pretty hectic year,” said the world No 33. Serena Williams pulled out of the Yarra Valley Classic with a shoulder problem after reaching the semi-finals.

The 23-time Grand Slam champion did not mention that anything was amiss after defeating Danielle Collins 6-2 4-6 10-6 in the quarter-finals at Melbourne Park on Friday.

Williams said: “It was a good match. I think Danielle is such an aggressive player. I’m glad I was able to get through that one in a tie-break.”

The 39-year-old had been due to play world No 1 Ashleigh Barty on Saturday but the Australian will now have a free passage through to the final.

Williams’ withdrawal is likely to be a precaution. In normal times, top players generally do not enter tournaments the week before Grand Slams and the world No 11 would likely not have wanted to play three consecutive days before the start of the Australian Open on Monday.

Daniil Medvedev broke Andrey Rublev on a point he lost

Tennis: Djokovic up and running with easy win in Paris